Carol Kirkwood told BBC Breakfast that temperatures are set to reach 25C before a cold front moves into the UK this evening. The BBC meteorologist stated there will be a lot of dry weather and a lot of sunshine across Britain today.

Ms Kirkwood said: “Today it will be dry and mostly sunny while feeling warm as temperatures once again rise in the strong June sunshine.

“First thing this morning we have some low cloud and fog across eastern Scotland and northeast England.

“That will tend to lift and then as you can see there will be a lot of dry weather and sunshine.

“We could see the odd shower but it will be isolated if we do. 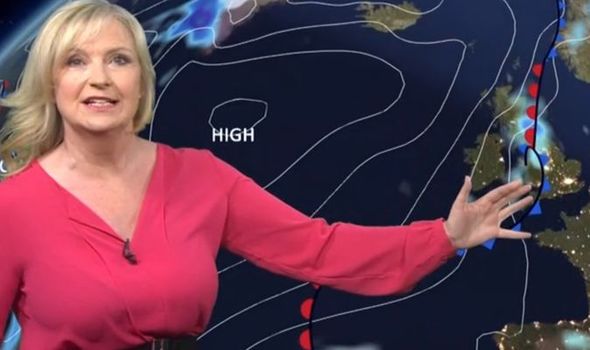 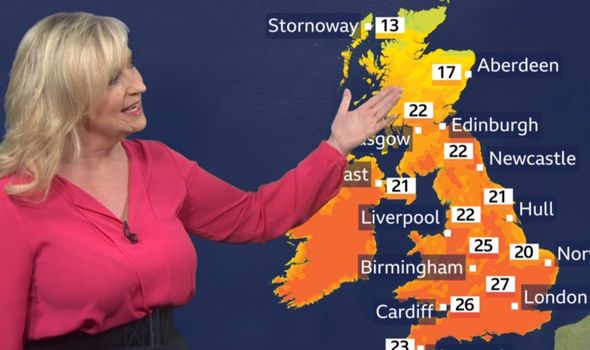 “Our Temperature values are widely from the low 20s to the mid-20s.

“It will be somewhere between 25C or 26C in Wales and the Midlands.”

She added: “Overnight a weather front will start to make inroads across the northern and western isles and into mainland Scotland.

“There will be a lot of dry weather and clear skies.

“It is not going to be a cold night.”

Paul Michaelwaite at Netweather also warned of a change in the weather this week.

He said: “It’s the final day of what has been the sunniest Spring on record. Although the very start of summer is going to see a continuation of the sunshine and warmth, change is on the way this week.

“That change will start to happen from Tuesday, with rain likely across the north of Scotland and some showers perhaps breaking out in other parts of Northern Britain. 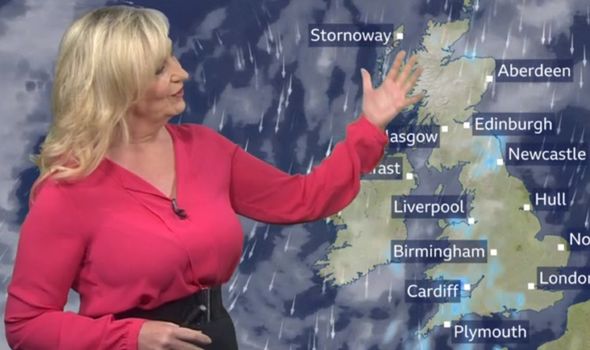 “By Wednesday, as winds swing round to a much cooler north or northeasterly direction, the threat of heavy and thundery showers grows across England and Wales.

“Then the rest of the week sees that cooler, cloudier and less settled flavour carrying on.

“For now though, there’s plenty more glorious sunshine on the way, with much of the UK and Ireland seeing another day with virtually unbroken sunshine on Sunday.

“Temperatures will be cooler down the eastern side of the UK, but everywhere else highs will be into the low-mid twenties with western England and Wales likely to be the warmest areas.”