BBC Weather forecaster Carol Kirkwood warned Britons are in for a good few wet days as two weather fronts push in from the Atlantic. Most people will kick off Wednesday with dry conditions and sunshine but the rainy fronts will be slowly moving in through the day. Ms Kirkwood said: “Today there will be a fair bit of sunshine around. It will be much drier for most than it was yesterday.

“We start off with some showers across parts of the north and the west, then later the cloud will thicken and we’ll see some rain coming into the southwest, accompanied by gusts of wind.

“Gusty winds this morning across parts of Scotland but it’s this area of cloud that I want to draw your attention to. This is an area of low pressure with two weather fronts coming out way later tonight, and it will bring some rain with it.

“But a lot of dry weather, some sunny skies to look forward to this morning and we have the showers packing in on that northwesterly wind across north and west Scotland.”

Ms Kirkwood continued: “ But you can see already, by the time we get to four o’clock in the afternoon, we’ll have rain coming in across southwest England and also southwest Wales. 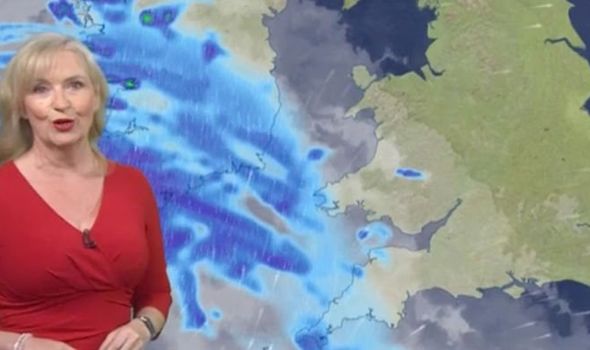 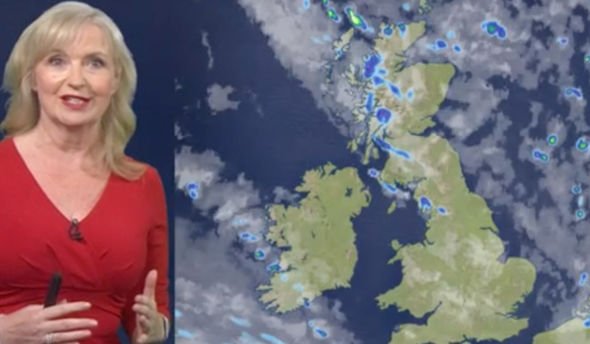 “Move away from that, it’s morning showers across northern England, Northern Ireland fading.

“But the showers across the north of Scotland continuing while western Scotland stays dry with some sunny skies. Temperatures 11C to 16C.”

The first front will be fully crossing the UK during the evening, with central areas taking the brunt of the downpours.

The BBC Weather meteorologist said: “This one brings some heavy rain across parts go northern Midlands, northern England and also Wales and it’s going to be pushing steadily northwards and eastwards accompanied by gusty winds. 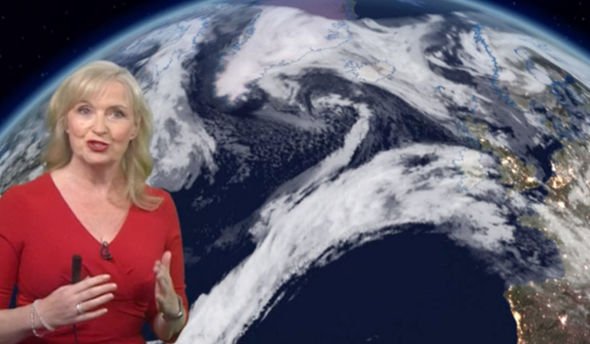 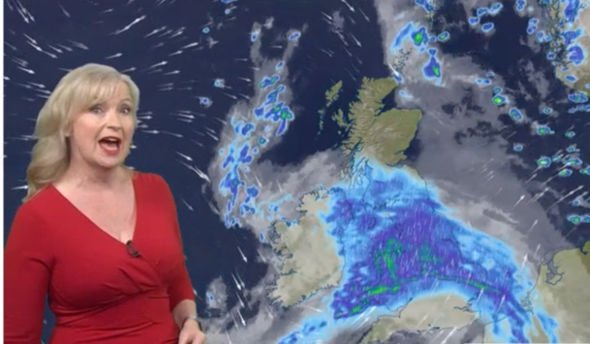 “To the north of that, some clear skies, some mist and fog forming and cooler but fairly mild underneath that band of cloud and heavy rain.”

Ms Kirkwood continued: “Tomorrow then, the first leg of the first front clears.

“The second one slips steadily southwards before it, too, will eventually move away. But it will leave quite a bit of cloud in it’d wake, particularly so across East Anglia and also Lincolnshire, but then it brightens up.

“Many of us again seeing some sunshine through the afternoon but still some showers coming in across the north. And also the west. Temperatures between 9C and 17C.” 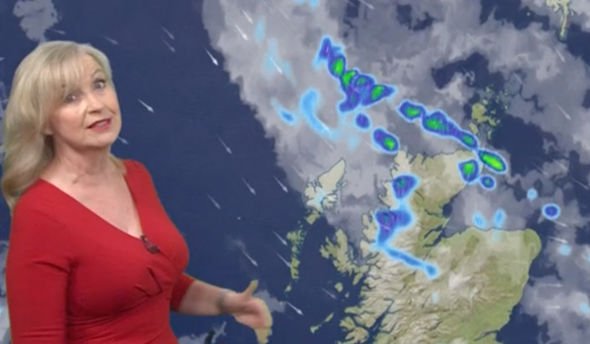 Rainy conditions will continue through Friday despite the two fronts trailing out but some areas will enjoy dry weather in preparation for the weekend.

Ms Kirkwood added: “As we head on into Friday, more rain will be coming our way Thursday night and Friday through Northern Ireland and pushing steadily eastwards. So we’re looking at a wet afternoon across England and also Wales.

“For Scotland and Northern Ireland, we’ll see some showers but in the east something drier. As we head into the weekend, things change a touch.

“A ridge if high pressure will settle in but we’ll have a northerly wind taking a cooler direction, and that’s going to bring some showers across northern Scotland, and also down the east coast in particular.”