Ms Kirkwood said: “It is a cold start to the day as temperatures are widely below freezing.

“We have got some lying snow, about 18cm in Wittering and Loch Glascarnoch.

“It is a frosty start and an icy one as well and there is a chance of a wintry shower or two with some of us seeing that this morning.

“The more likely areas are parts of the north and the west, they will see a mixture of rain, sleet and snow.

DONT’ MISS: Cold Weather Payment scheme could mean you get £25 – how to check 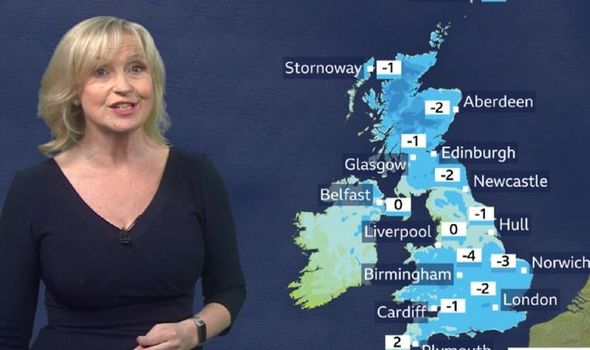 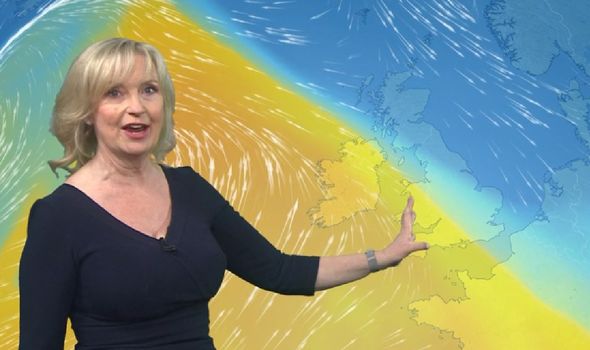 “High pressure is also in charge of the weather and it is scooting across other areas.”

The BBC Weather forecaster noted that despite the cold temperatures and expected wintry weather, some areas of the UK will see a settled Monday.

She continued: “There is a lot of settled conditions this morning as well.

“Some patchy mist and fog that will soon lift and we could see some sunshine as well. 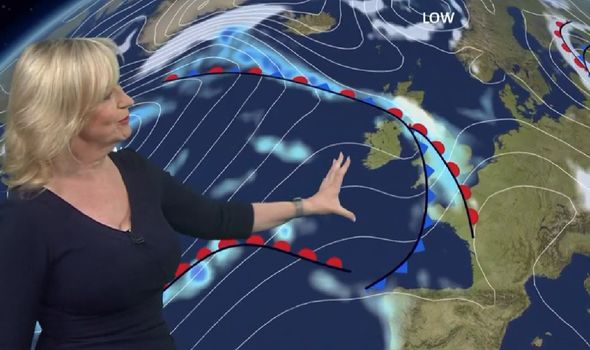 “There will be varying amounts of cloud and some showers across the north and the west.”

Ms Kirkwood noted that during the day temperatures are where they should be for the time of the year.

In the north, there will be a high of three degrees celsius while in the south a high of seven degrees.

However, temperatures are expected to be below freezing in a selection of areas overnight.

Ms Kirkwood said: “Overnight there is some clear skies to watch out for and some widespread frost. 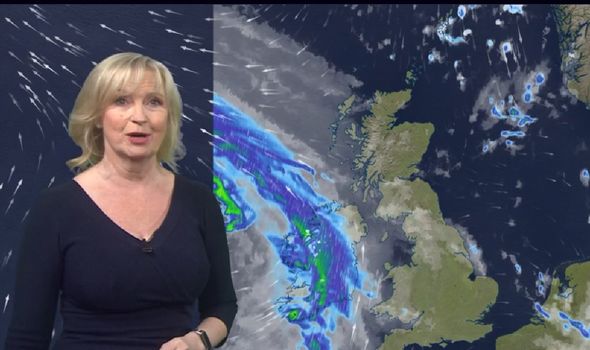 “There will be ice on untreated surfaces and still some wintry showers with snow in the hills.

“In some of the heavier showers, you could see snow at lower levels as well.

“These are our temperatures, minus four in Birmingham so it will be a cold start for the day.”

Following on from this, on Wednesday a wall of rain is expected to cover the UK and move from the east to the west.