BBC meteorologist Helen Willetts warned viewers that the heat is set to continue across the north and west of Europe. She noted that it had been very persistent for a week or more in many areas in the northwest and longer across Iberia. However, the weather presenter explained that the heat is gradually breaking down.

She said: “Temperatures are returning more to normal over the coming few days.

“It’s still a little above but with the heat we’re getting some exceptional amounts of rainfall from the storms, large hail and gusty winds.

“This is often the way once the summer heat is released.

“Those storms continue to push their way gradually eastwards.” 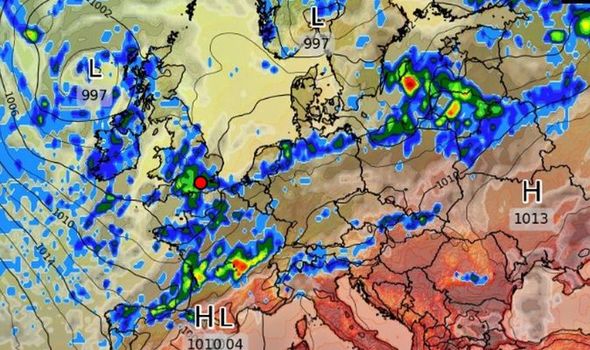 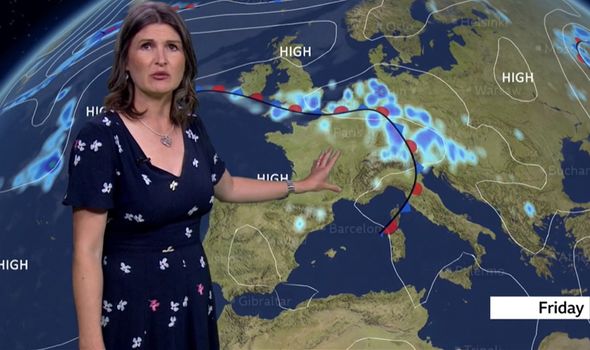 Ms Willetts continued: “Further south and east, it’s not been as hot.

“But we’re still into the high 30s in parts of Turkey and the Greek Islands with fewer showers here.

“It’s still quite disturbed across the western side of Russia.

“It’s still hot across some parts of Scandinavia.” 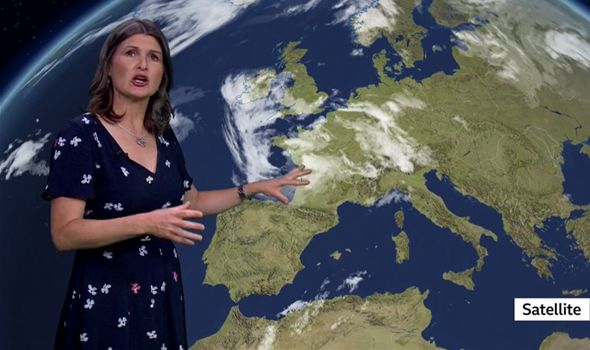 The BBC presenter added: “Albeit with the likelihood of more rain and showers here as well.

“Gradually that breakdown of the heat process continues but the humidity remains high.

“We’re still dragging up a lot of humidity from the south and the west.” 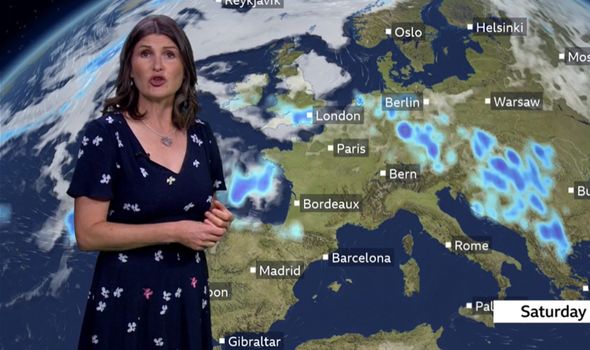 Ms Willetts said: “The storms will migrate across the eastern Alps and into the Balkans.

“Further west, temperatures are still into the high 20s in Paris and the mid 20s in London even by the time we get to the weekend.

“But they are tailing off and the humidity will ease off a little bit as well.

“We keep the heat and the sunshine for Madrid and for Rome and Athens as well.

“Fewer showers will be around for Moscow, but perhaps a few more with those thunderstorms in Berlin.”