Blistering temperatures nearing 30C will engulf the entire UK this weekend, according to the latest BBC weather forecast. BBC meteorologist Matt Taylor said that the sweltering heat will reach every corner of the UK as May comes to an end. This comes as the Met Office announced that it had been the sunniest spring on record across the UK.

In a twist, the Scottish Highlands will experience the brunt of the heatwave today, as temperatures there reach 28C.

Taylor said: “The amount of sunshine across the UK has been astonishing – and more of it is to come.

“It is the North-West of Scotland where we could see the highest temperatures. We have high pressure to the east of us, so winds and an easterly breeze will keep things a little cooler in the south-east of England.

“However, Scotland could get to 28C. It will be sunshine from dawn to dusk today for many of us today, although there is a chance of low cloud in the east of England.” 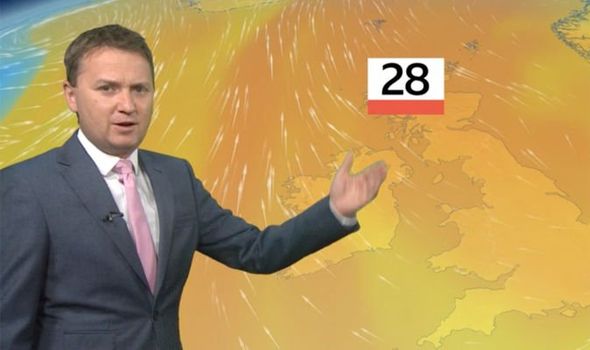 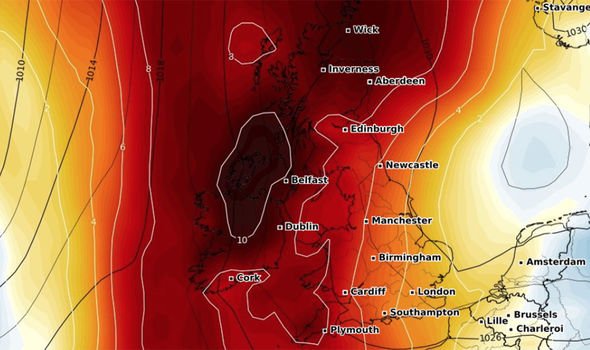 He continued: “Widely across mainland Scotland, temperatures will stay into the 20s. It will be around 25C to the west of Northern Ireland and up to 27C to the west of England and Wales.

“But on these eastern coats, from East Anglia down to Kent, could see a lower temperature of 17C.”

The BBC meteorologist added: “Clear skies overnight tonight and temperatures will be about 10C for most of the UK as we start the weekend. 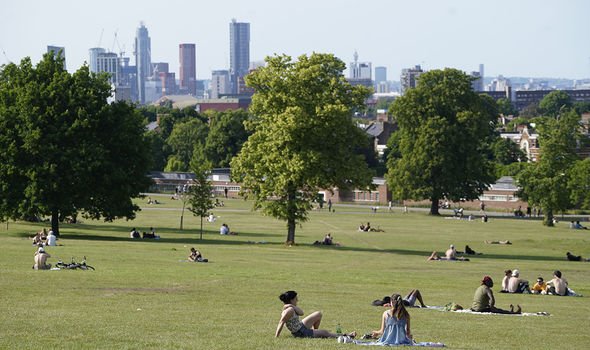 “On Saturday, the heat begins to edge away towards Scandinavia, which allows more of a breeze to develop across the country.

“With more of a breeze, we could see temperatures drop but temperatures will still stay at the mid to high 20s. 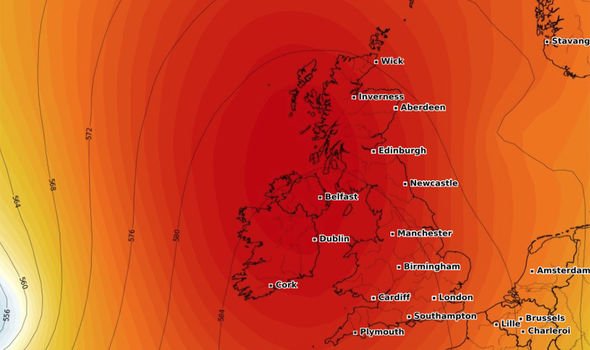 Despite the record-breaking sunshine, the Environment Agency has downplayed fears of a hose pipe ban in June.

The warm weather could also see social distancing rules tested, with thousands expected to visit beauty spots over the weekend.

Under the lockdown rules in England, people can visit leisure spots but they have to follow social distancing and cannot stay overnight.

The RNLI rescue charity has urged the Government to ban people from the coast this weekend amid fears it is not safe until lifeguards can return.