BBC meteorologist Matt Taylor told Breakfast viewers that the next 24 to 48 hours are actually “looking a little bit better” across the country. He forecast a mixture of “sunshine and showers” going ahead today. The weather presenter also revealed that rainfall totals aren’t going to be as great, so there’ll be some long dry spells.

Mr Taylor said: “But there is no sign of a lengthy, prolonged dry period coming our way as far as the weather is concerned.

“In fact, by the end of the week we could see more heavy rain return to our shores.

“This is not great news, especially in those flooded areas.

“Of course, the river levels may be dropping in Shrewsbury but all that water has got to work its way down through the rest of the River Severn.” 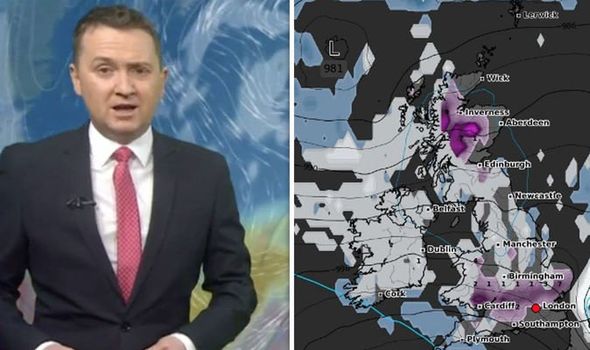 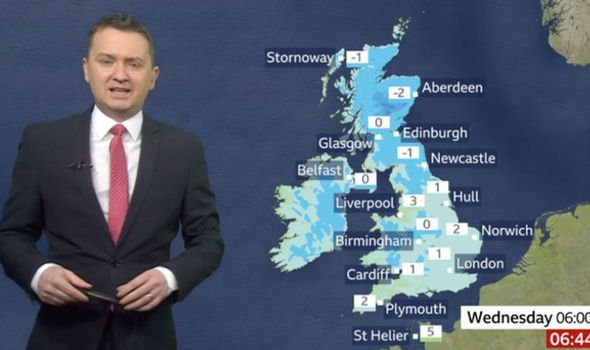 He continued: “So there are a worrying few days ahead still to come in these areas even with the fact that it’s not as wet as it has been.

“Sunshine and showers for today and tomorrow, it’s going to be colder as well so expect a little bit of snow just about anywhere mixed in with some of those heavy showers even further south.

“We saw temperatures into the teens in many areas in England and Wales yesterday, they’ll be mid-single figures for a few as we go through today so much chillier feel.

“Eastern parts of Scotland and eastern England will be dry to the start of your morning commute, but those showers will be pushing their way eastwards so can’t guarantee it will stay dry.” 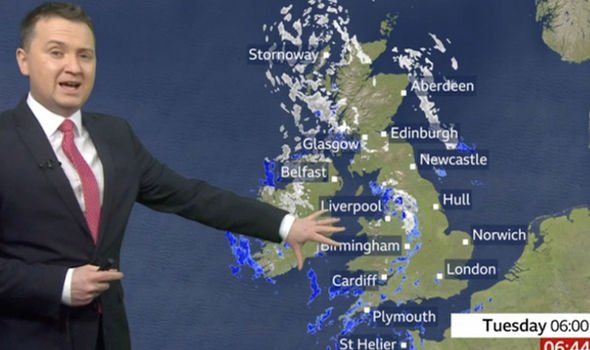 The BBC presenter added: “It’s going to be one of those days where the showers will come and go, particularly across western areas.

“There’ll be fewer showers in the east, but where you do see the showers heavy with rain, hail, sleet and thunder and even a little bit of snow.

“It will be a cold feel, with temperatures into the mid if not high single figures on the thermometers.” 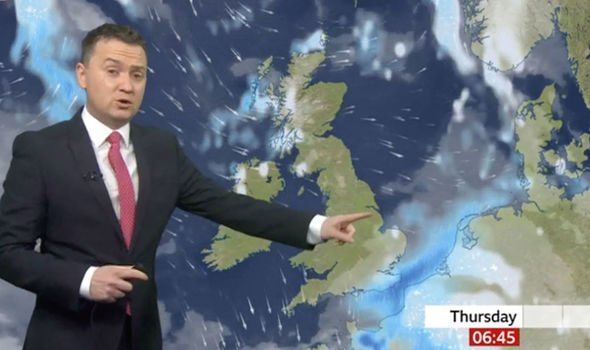 “The cold feel will continue into tonight and the showers will keep going as well.

“There’ll be a covering of snow in places, especially over the hills, but some eastern areas staying dry.

“The coldest conditions will be into tomorrow morning, reaching minus 4 and minus 5 degrees in Scotland.

“It’s very close to freezing with showers today, so there could be some ice around for tomorrow morning’s commute.”