BBC Weather forecaster Darren Bett said northwestern parts of Europe will see some of the wettest weather over the next few days due to Storm Aiden. He forecasted heavy rain on Saturday evening and another band of rain and wind to strike the UK, Scandinavia and parts of central Europe by Sunday evening. Mr Bett said: “This weekend looks generally dry across much of the Mediterranean but it will continue to be unsettled in the further north.

“On Saturday we have had Storm Aiden sweeping to the north-west of the UK.

“That is moving away but by Sunday there will be some more wind and rain coming into the UK.

“Storm Aiden will be spilling itself into other northwestern parts of Europe.”

The BBC Weather forecaster added southern Europe would be mostly dry over the next few days into the new week. 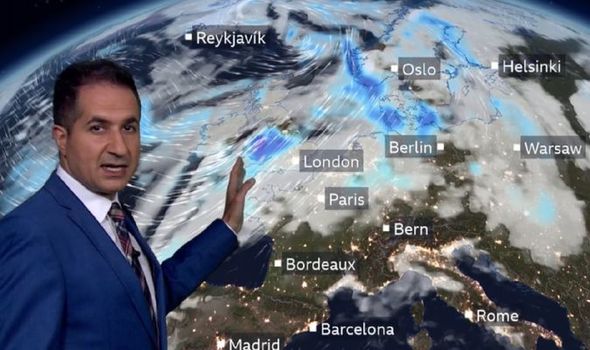 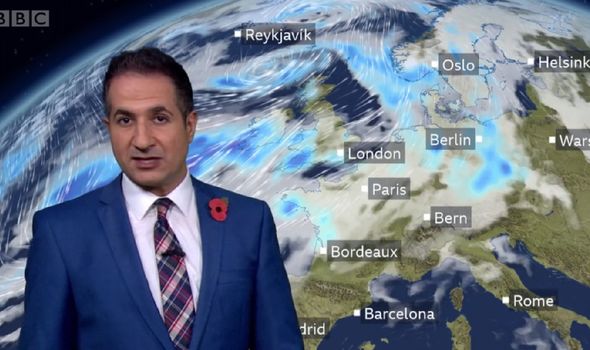 There will be some rain in the west of Europe but some sunshine and warm temperatures also to balance it out.

Mr Bett continued: “On Sunday it is still dry for much of the Mediterranean and there will be some sunshine around Athens.

“We have got some storms moving across more northern parts of Turkey and into the Black Sea.

“It should be dry through the Balkans as well but further north we have got more wet weather coming into Scandinavia. 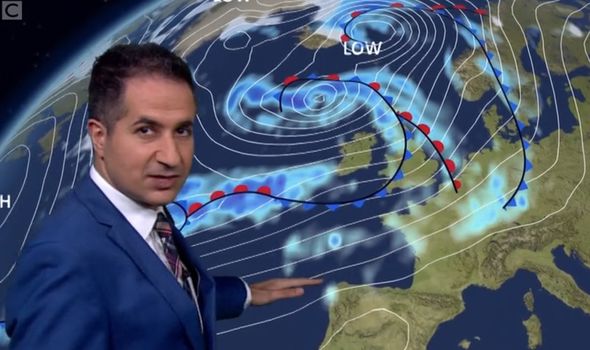 “It will also come in across Germany and strike Poland by the end of the day as well.

The weather forecaster explained what Europe could expect going into the new week.

He said: “On Monday it is the northwest that sees more unsettled conditions.

“There will be further bands of wet and windy weather sweeping here into Scandinavia.

Met Office warning: Lives at risk amid up to 6 INCHES of rain [FORECAST]
BBC Weather: Europe braces for ‘clusters of thunderstorms and showers’ [MAPS]
‘Barrage’ of Atlantic storms to strike with hail and thunder [INSIGHT] 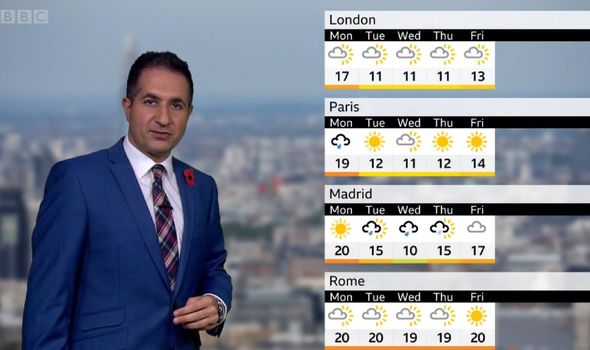 “Some of that rain will be arriving the north west corner of Iberia and the weather here is going to change.

“It is going to be turning much wetter in Spain and Portugal as it is turning drier in the north-west of Europe.

“It will be turning dry but also turning colder as well and that theme is set to continue.”