Mr Miller told viewers: “This is where the storm track is still going over the next few days.

“There’s more rain heading in towards the northern half of the UK during Friday.

“It may take a bit of a break into Norway.

“But more moisture will be pushing in here with rain and heavy snow in places and again strong winds.” 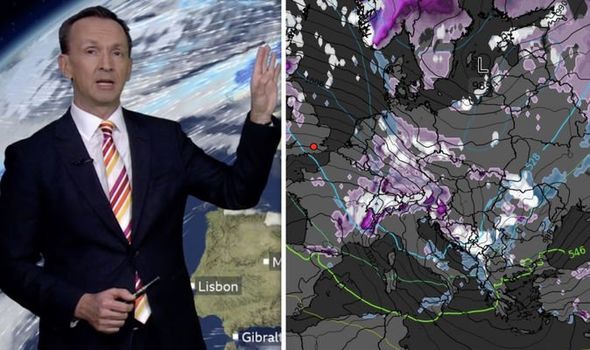 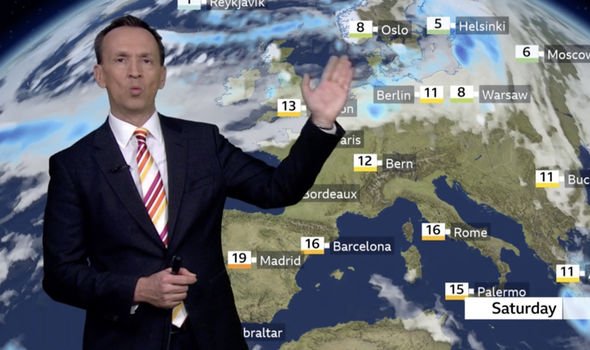 He continued: “Further southeast across Europe, we’ve got an area of low pressure moving away from Greece during Friday.

“However it is taking its wet and windy weather into Turkey.

“Looking further west though, everything is looking fine for many of us here.

“Some sunshine around in France and more cloud the further north you are.” 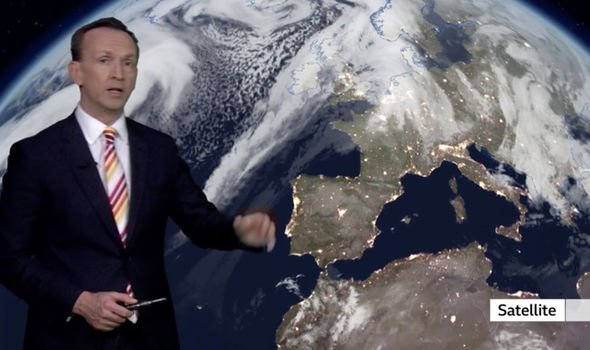 The BBC presenter added: “A little strip of a weather front producing a bit of snow for southern parts of Poland.

“It is still very mild for many of us here.

“It’s been a ridiculously mild winter in Moscow.” 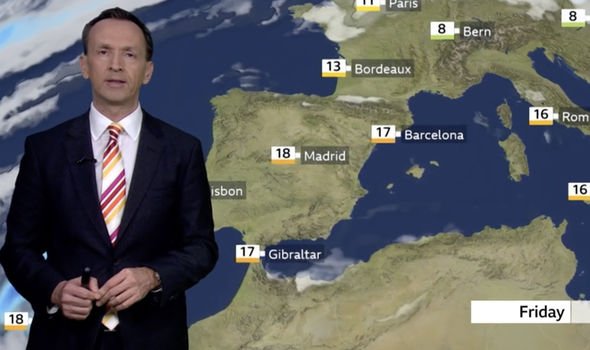 Mr Miller said: “As we take a look at the forecast into Saturday, we’ll take some wet weather through Finland.

“Into London, there will be more rain at times over the weekend, but it is looking very mild.

“It will be mild too into Paris but quite windy at times.

“Certainly a good deal of cloud around.

“And into Moscow, those temperatures are staying above freezing.”