BBC Weather forecaster Darren Bett warned of intense weather for the northwest of Europe due to Storm Alex. He insisted there would be more bouts of 100mph winds and heavy rain for the UK, France, northern Spain and parts of northern Italy. The southeast of Europe will see significantly drier and warm weather, however.

Mr Bett said: “Storm Alex brought gusts of over 100mph to the northwest of France and some damage through the Bay of Biscay.

“It has since been swallowed up by this bigger area of low pressure that will bring some wet and windy weather to many western parts of Europe.

“It will be very wet and windy and we will see some rain pushing ahead of that across the Alps heading towards the Balkans.

“There is going to be some heavy rain and there may be some flooding around as well.” 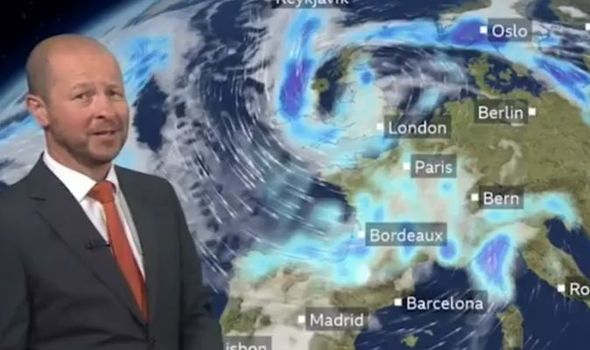 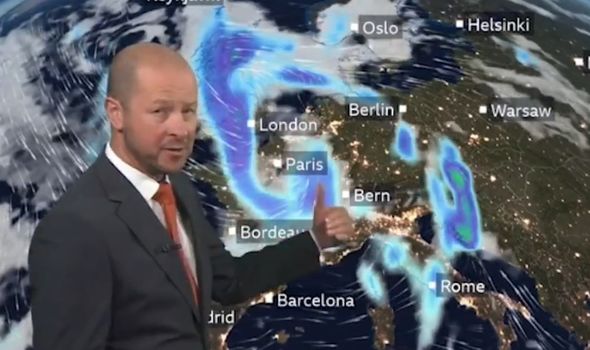 Mr Bett said: “For eastern parts of Europe heat is going to be building in some areas.

“We do have that rain trying to push its way eastwards but the wetter weather continues to be more across the northwest of Europe.

“It will remain very unsettled here with some strong winds too.” 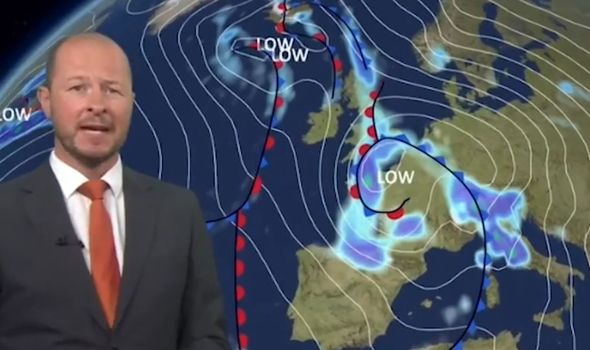 The southeast of Europe will experience a lot of sunshine over the weekend and, in some areas, temperatures will exceed 30C.

The weather forecaster added: “For the southeast of Europe it is still dry.

“It is here we have the higher temperatures but that heat is moving its way to Bulgaria and Ukraine.

“There are still some sharp showers to come through the Balkans but some wetter weather ahead for northern parts of Iberia. 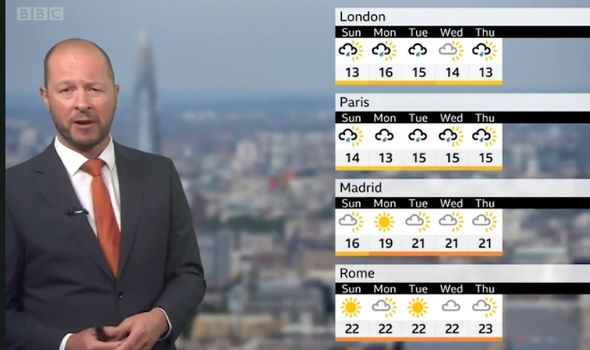 “The UK and Scandinavia will be generally unsettled with the showers and spells of rain.”

Over the weekend both London and Paris will see temperatures fall below 15C.

However, going into the new week temperatures will rise slightly with more sunshine.

Next week, Madrid and Rome will see temperatures rise to above 20C.

Related posts:
Best News
Celebrity Vetting and ‘Helping the President’ to Defeat Coronavirus Despair
What Christmas 2020 will be like as UK faces deadly coronavirus second wave
Too few companies disclose financial hit from climate change, regulator says
Coronavirus: ‘Zombie company’ warning as 557,000 firms endure significant distress
Your Thursday Briefing
Recent Posts
This website uses cookies to improve your user experience and to provide you with advertisements that are relevant to your interests. By continuing to browse the site you are agreeing to our use of cookies.Ok