BEIJING (Reuters) – Scores of flights to and from Beijing were cancelled, schools shut and some neighbourhoods blocked off as officials ramped up efforts to contain a coronavirus outbreak that has fanned fears of wider contagion. The resurgence of the disease in the Chinese capital over the past six days has upended daily life for many, with some fearing the entire city is headed for a lockdown as the number of new COVID-19 cases mounts.

Health officials reported 31 new confirmed infections for June 16, bringing the cumulative infections since Thursday to 137 cases, the worst resurgence of the disease in Beijing since early February.

While the city’s roads and highways were still open and companies and factories were not ordered to stop work, authorities stepped up measures to control movement around and to and from the city on Wednesday.

Aviation data tracker Variflight showed about 60% of scheduled flights to and from Beijing Capital International Airport have been or will likely be cancelled as of Wednesday afternoon.

At the city’s other major airport, Daxing, around 70% of incoming and outbound flights were cancelled or likely to be cancelled. Most of the affected flights are domestic.

State media reported that rail officials were granting full refunds on all tickets to and from Beijing, an apparent bid to discourage people from travelling even though services have not been officially cancelled.

All outbound taxi and car-hailing services and some long-distance bus routes were cancelled on Tuesday, when officials put the city back on a level two alert, the second-highest level in a four-tier COVID-19 emergency response system. That reversed a downgrade from level two to level three a mere 10 days earlier.

Some 27 neighbourhoods were designated as medium-risk areas, where people entering are subjected to temperature checks and registration. One area near the massive wholesale food centre detected as the source of the outbreak was marked as high-risk, quarantining residents.

Kindergartens, primary schools and high schools across Beijing were shut, while some restaurants, bars and night clubs also closed.

Some residents worried that Beijing was inching closer to a full lockdown, echoing the strict bans on movement earlier this year in the city of Wuhan, where the new coronavirus was first detected at a seafood market in December.

“What I’m worried about is whether there will be a level one response like it was before, making it impossible for people to work,” said a 23-year-old media worker surnamed Wang.

The Beijing outbreak has been traced to the Xinfadi wholesale food centre in the southwest of the city. Xinfadi is much larger than than the Wuhan seafood market, from where the virus spread around the world, infecting more than 8 million people.

Outside of Beijing, Hebei, Liaoning, Sichuan and Zhejiang provinces have reported new cases linked to Xinfadi.

Concerned about contagion, some provinces imposed quarantine requirements on visitors from Beijing, including Heilongjiang, which only recently brought a local outbreak under control.

In Beijing, police guarded roadblocks at compounds near Xinfandi while delivery staff on bikes and in vans queued to hand over food and other supplies for residents. 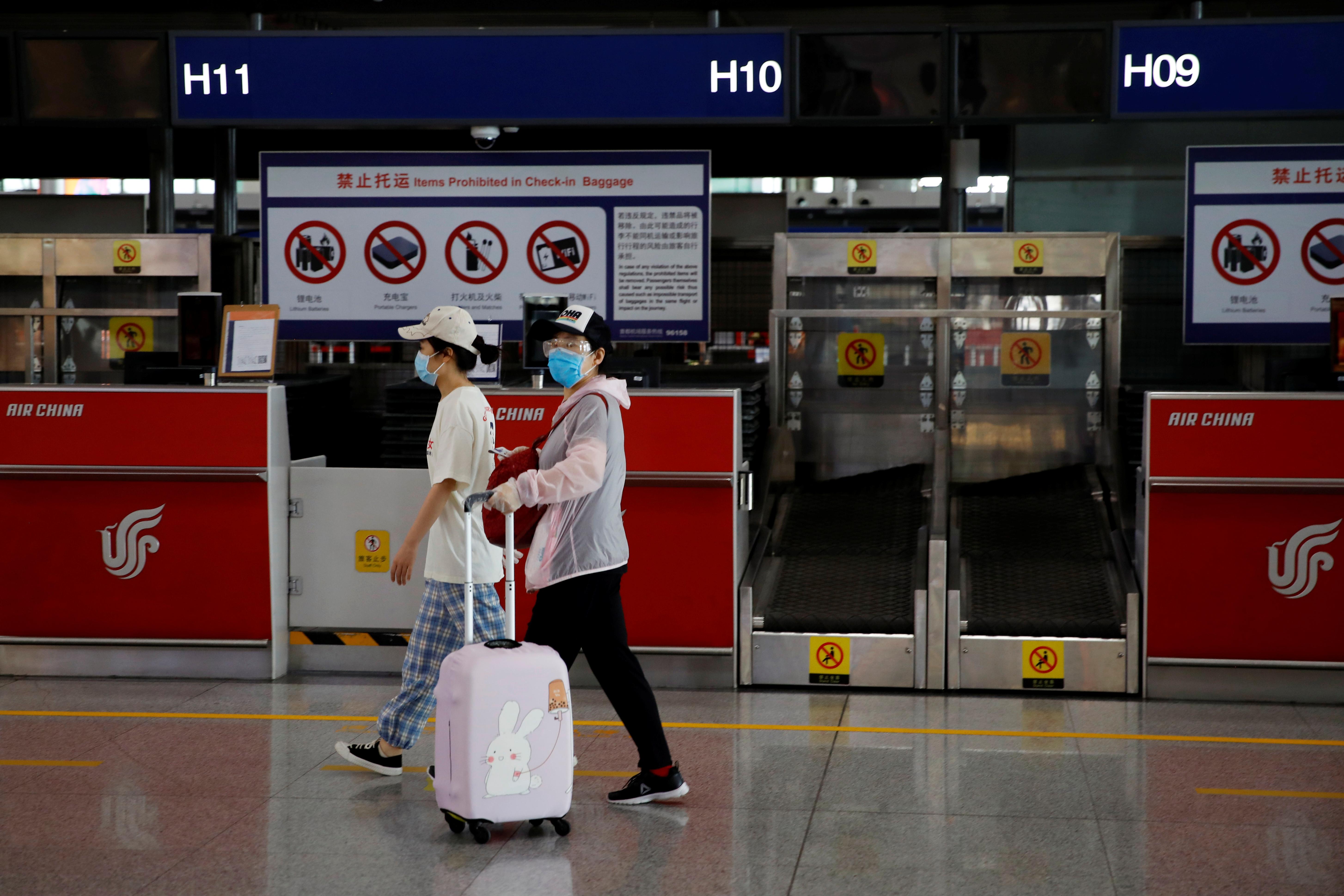 “When they shut the market, it was a surprise,” said Wei, 32, who came with her boyfriend to deliver supplies to her mother who stayed in a compound where a case was confirmed.

“Many people heard and left the compounds, but my mother is old and cannot leave easily. Today, we brought her some vegetables and medicine.”

Some residents said they were cancelling travel plans for the three-day Dragonboat Festival long weekend at the end of June.