With just a few seconds of grainy footage and snatched eyewitness testimony, explosives experts can spot tell-tale signs of the cause of a blast.

Chris Hunter, a counter-terrorist bomb disposal operator, looked at footage of the explosion which took place in Beirut on Tuesday. 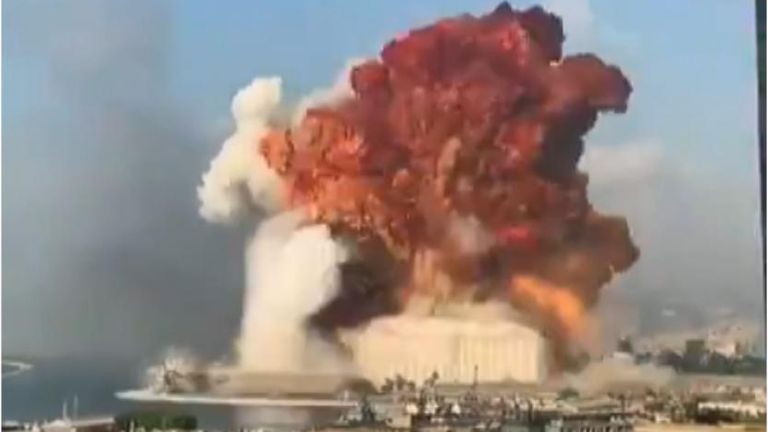 Here’s what he said:

1. White, pink and red smoke made it unlikely to be gunpowder or ammunition

When there’s an explosion it usually results in two kinds of smoke, either black or white. If it’s black, we’re looking at high explosives – the type used in military ordinance or terrorist car bombs.

If you see white smoke that’s usually consistent with what we call low explosives.

It looked to me like that deep red colour was from a fire, so it could have been from burning materials, furniture or some sort of dye or paint. It could also have been from the amount of dust in the area. High explosives detonate with quite a supersonic shockwave from a detonator, while low explosives burn.

The very first thing I thought when I saw this huge explosion was that it’s very unlikely to be gunpowder or ammunition in an area like that. It’s more consistent with a confined low explosion, something like a firework explosion.

2. A simple issue like a dusty warehouse can add to the mix

It doesn’t have to be just explosive material. Quite often, if you get a volatile mixture of dust and something flammable, that could explode. 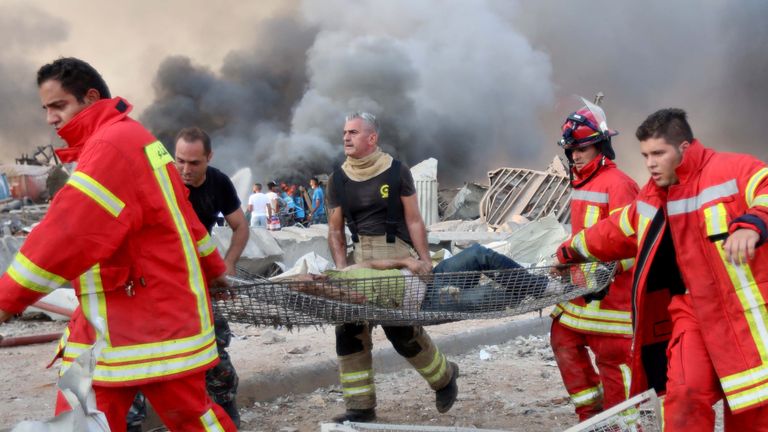 So, when you hear about sawdust mills, flour mills, sugar mills, that sort of thing that could also cause explosions. So it could have been any of those things as well that was on fire that subsequently led to an explosion.

3. Lebanon’s internal security chief said the area had highly-explosive material but not explosives – what’s the difference?

There are materials that, when the correct stimulus is introduced to them, can potentially explode in certain conditions.

So, for example, oxygen in hospitals can explode when it’s sufficiently heated up. Calor gas isn’t designed to be explosive – we use it as everyday fuel – but obviously in certain environments it can explode.

When you confine gunpowder or firework composition, you introduce a flame to it and it burns uniformly across its entire surface area. As it’s reducing, it gives off gas.

One of the things that’s unique about low explosives is that if you increase the pressure then you increase the burn rate, so if you were to confine that in a hard container so it has nowhere to go to, you’d get an instantaneous explosion.

4. A team of firefighters at the scene “disappeared” after the explosion One of the real challenges is that you don’t know how much of it has actually exploded.

We saw a massive explosion but for the firefighters going in there, they’re not just dealing with a very violent and dangerous blaze, there’s also potential significant loss of life, there’ll be significant structural damage and in addition you don’t know how much of the original explosive material is still technically intact but burning.

5. A gridlocked city can add to the danger

Following the 2005 assassination of Lebanon’s former prime minister Rafik al-Hariri, killed in a car bomb in central Beirut, Mr Hunter was an expert witness in the trial at the Hague. He said: “Beirut is a very densely populated city. While there are firefighters and other emergency services, any city experiencing and witnessing an explosion of this magnitude would struggle initially to find the resources to deal with this.

“One of the things in particular with Beirut’s transport infrastructure is that there’s very little public transport and limited roadways, so there’s high chance of congestion and that will add to the challenge to first responders.”