Two groups of migrants have reportedly managed to cross the border from Belarus into Poland, amid accusations that Belarusian forces have fired shots into the air near a makeshift camp.

Poland’s Defense Ministry posted a video on Twitter with noises of what sounded like shots in a border area.

The footage cannot be independently verified due to a state of emergency in Poland that prevents reporters, activists and other non-residents from entering a zone near the border.

The Associated Press reported that all of the people who had managed to cross the border on Wednesday had been detained.

On Tuesday Poland reinforced its border with more riot police, a day after groups of migrants tried to storm through a razor-wire fence.

The migrants are mostly from Iraq and Syria, though some have come from Africa.

It comes as German Chancellor Angela Merkel told Russian President Vladimir Putin by phone that Belarus’s “instrumentalisation of migrants” was inhumane and unacceptable and asked him to press Belarus’s government on the matter, her spokesperson said. 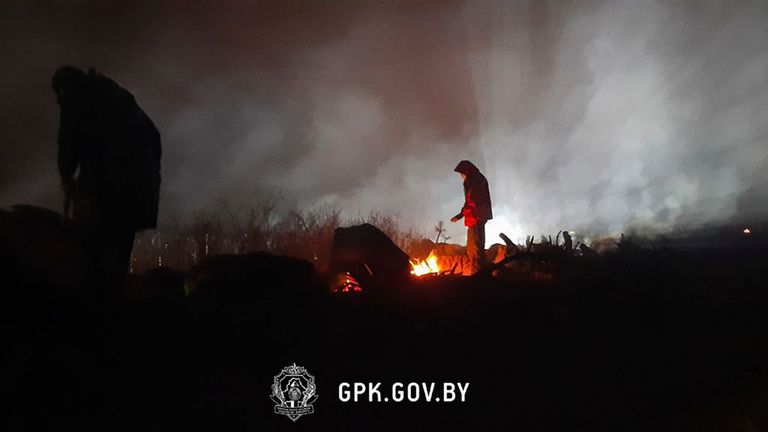 The Kremlin earlier blamed the European Union for the migrant crisis on the border between Belarus and Poland, saying
it was failing to uphold its own humanitarian values and trying to “strangle” Belarus with plans to close part of the border.

The latest developments come amid the most tense period to date after months of heavy migration on Belarus’ borders with Poland, Lithuania, and to a lesser extent, Latvia. 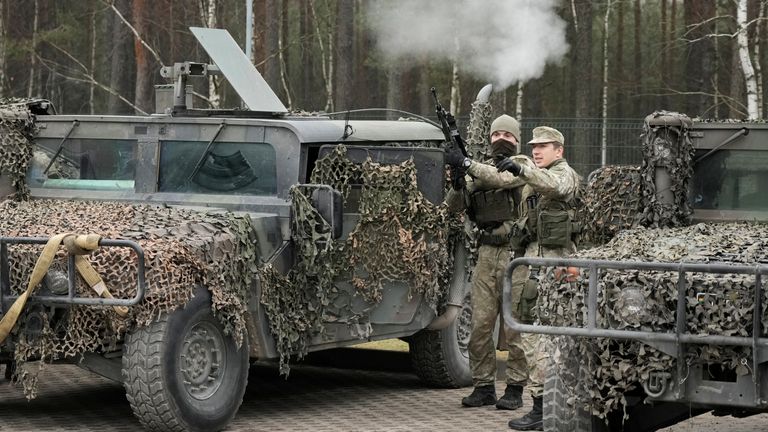 The three European Union countries are located on the 27-nation bloc’s eastern border.

The European Union has accused the regime of Belarusian President Alexander Lukashenko of trying to create instability with a new wave of mass migration to the EU.

EU leaders allege Belarus is retaliating for sanctions the bloc imposed on Lukashenko’s authoritarian government over its brutal crackdown on domestic dissent.

Thousands of people were jailed and beaten following months of protests after Lukashenko won a sixth term in a 2020 election that the opposition and the West saw as rigged.