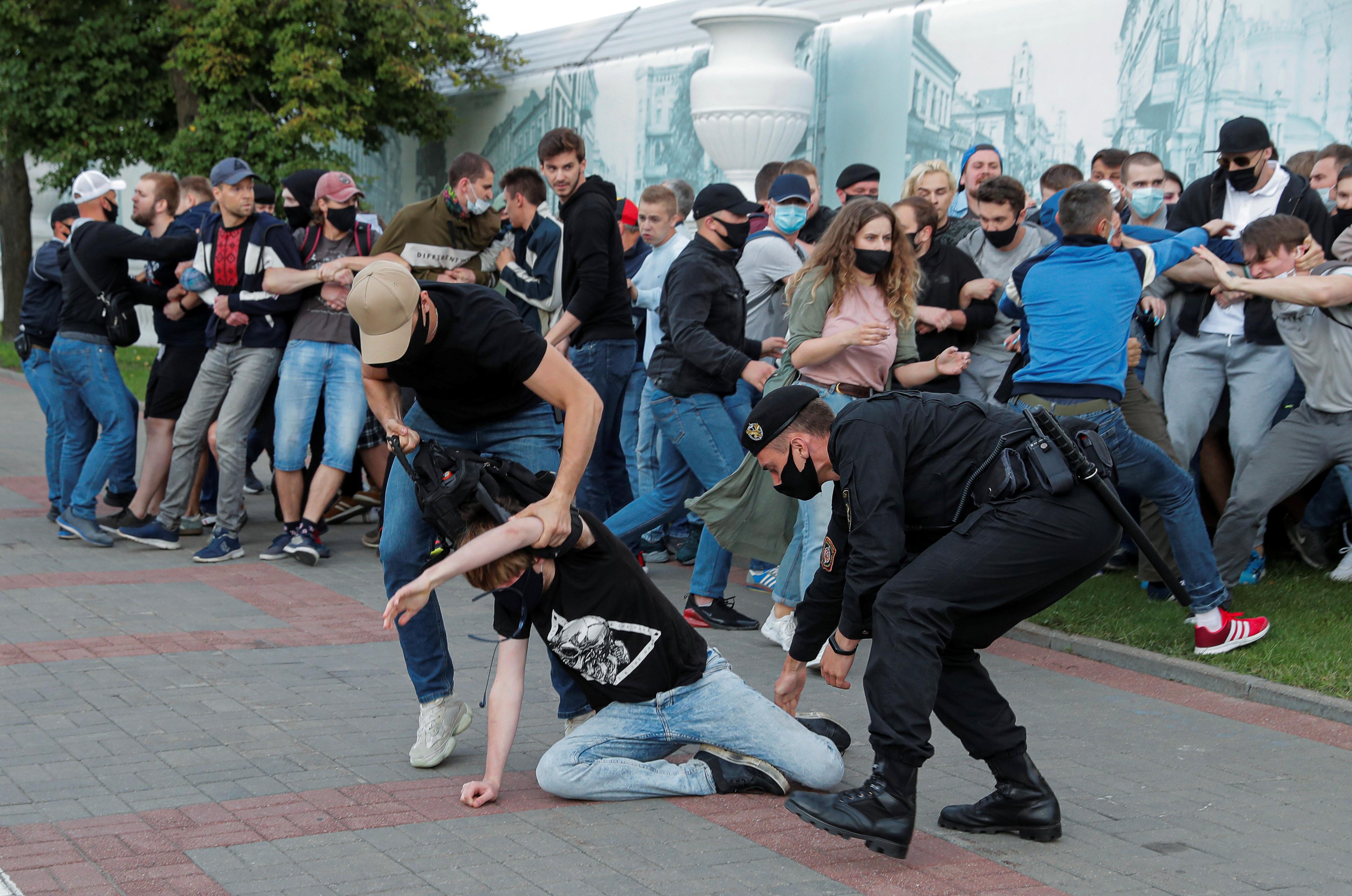 MINSK (Reuters) – Belarus opened a criminal case on Wednesday over protests in which more than 250 people were detained after President Alexander Lukashenko’s two main rivals were barred from running in a presidential election next month.

Several hundred people took to the streets of the capital Minsk on Tuesday and social media reported protests in other Belarusian cities after the central election commission refused to register the two challengers.

Police said more than 250 people had been detained after rights group Vesna 96 published the names of 250 detainees, and the state investigative committee said it had launched a criminal case against the protest organisers and protesters.

“All video materials posted on the internet are attached to the materials of the criminal case and are currently being studied by investigators,” the committee said in a statement.

Lukashenko, who has allowed little dissent in his 26-year rule, is all but certain to win the Aug. 9 election though he has faced mass protests this year.

The European Union delegation to Belarus said the election commission’s decision “undermines the overall integrity and democratic nature of the elections”.

Viktor Babariko, a banker who was detained last month, was excluded from the ballot because of a criminal case against him, the commission said. Valery Tsepkalo, a former ambassador who runs an office park for tech companies, was also rejected, after signatures on a supporting petition were nullified.

The two men had been widely seen as the last candidates with any chance of defeating Lukashenko, who faces growing public frustration over the economy, human rights and his playing down of the COVID-19 pandemic in the former Soviet republic.