The Likud party chief, 71, said a coalition seeking to end his 15-year reign was attempting “the fraud of the century”. He accused rival Naftali Bennett of “misleading the public” over a proposed alliance around his hardline Yamina party.

Mr Netanyahu has led a struggling coalition since elections in March – the fourth in two years – ended in deadlock. He is also facing trial for alleged fraud, bribery and breach of trust.

His rival, a tech millionaire who was previously one of his aides, has until tomorrow to form his new unity government with centrist party Yesh Atid.

But premier Mr Netanyahu, Israel’s longest serving PM, said: “What impact will that have on Israel’s deterrent capability? How will we look to our enemies? What will they say in Iran and Gaza? 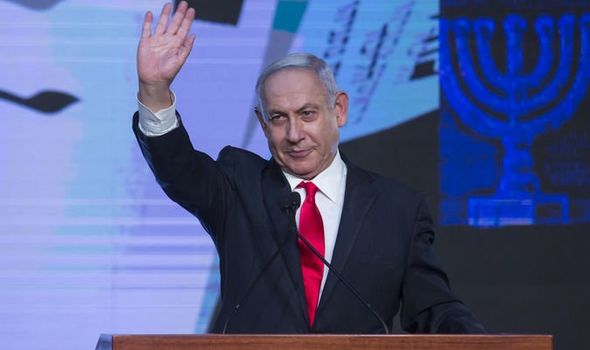 “Don’t form a left-wing government. Such a government is a danger to Israel’s security and future.”

He accused Mr Bennett of “the fraud of the century” after breaking previous promises not to forge links with Yesh Atid.

The Yamina chief said: “Mr Netanyahu is seeking to take the whole country with him on his ­personal last stand.”