President Joe Biden has officially approved a $600million (£523million) package of aid to be sent to Ukraine, however a number of Americans are unhappy with this decision.

In a poll conducted by Breaking911 on Twitter, 82.2 percent of respondents said they were not in favour of the US continuing to provide aid to the eastern European country.

Those who were in favour numbered 10.2 percent, whereas 7.2 percent were unsure.

Kyiv’s counteroffensive against Moscow has forced the invader to retreat further out of the Kharkiv region, potentially marking a turning point in the war.

US secretary of state Antony Blinken said in a statement: “With admirable grit and determination, the people of Ukraine are defending their homeland and fighting for their future.

“The capabilities we are delivering are carefully calibrated to make the most difference on the battlefield and strengthen Ukraine‘s hand at the negotiating table when the time is right.” 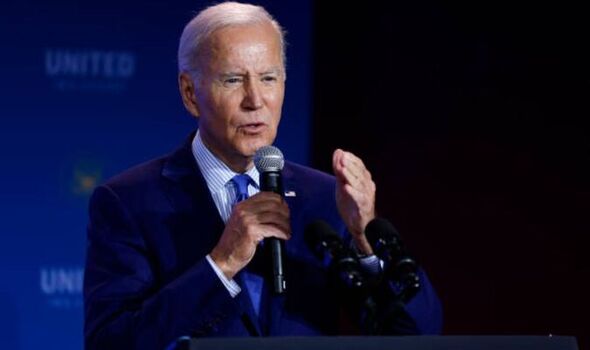 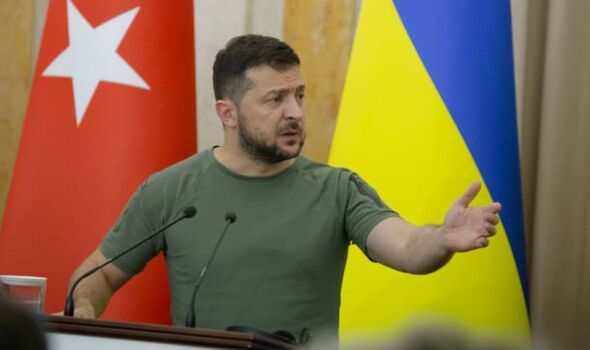 The US has been moving on sending aid to Ukraine’s troops quickly over the summer.

Last week the Biden administration unveiled a $2.9billion (£2.53billion) infusion of aid and financing support, not long after another $3billion (£2.62billion) was announced in late August.

Kyiv has now taken back almost all of the Kharkiv region in northeastern Ukraine. 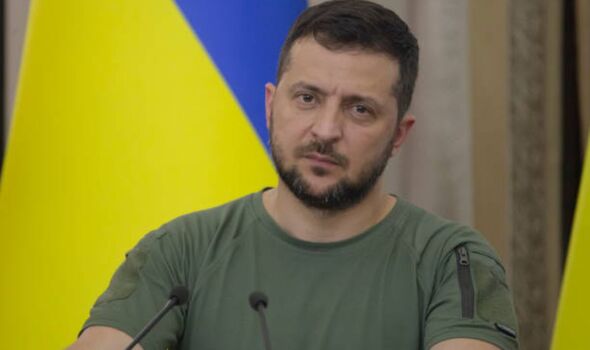 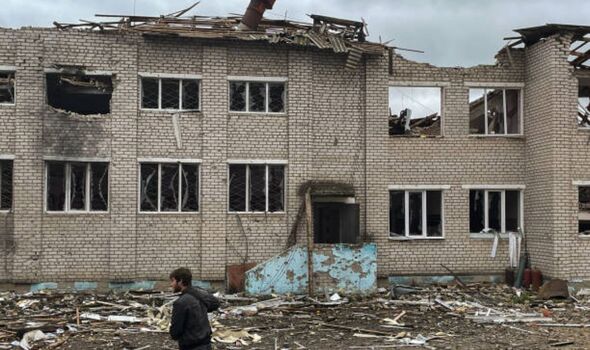 Since the invasion by Putin’s forces in February the US has sent about $15.1billion (£13.2billion) in aid to President Zelensky.

US leaders also have stated that the precision weapons and rocket systems provided by the US and allies, such as the HIMARS, have been essential in shifting the war to favour Ukraine. 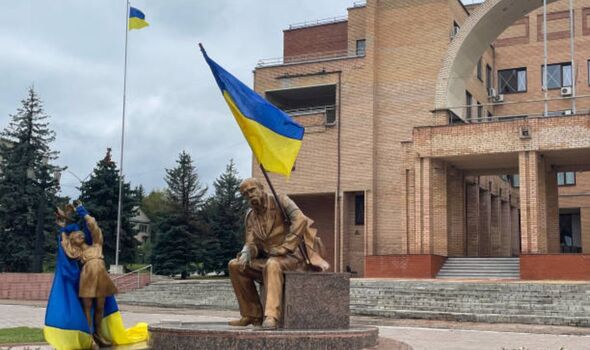 The Ukrainian leader paid a visit to the recaptured city of Izium this week, raising the blue and yellow flag over the town once more.

The city is still cut off from water and power supplies.

Mr Zelensky said in a statement: “It has been extremely difficult for you in recent months.

“Therefore, I ask you to take care of yourselves, because you are the most valuable asset we have.

“It may be possible to temporarily occupy the territories of our state. But it is definitely impossible to occupy our people, the Ukrainian people.”