WASHINGTON — President Biden’s new pledge to slash America’s greenhouse gas emissions over the coming decade is long on ambition and short on specifics, but experts say that success would require rapid and sweeping changes to virtually every corner of the nation’s economy, transforming the way Americans drive to work, heat their homes and operate their factories.

In several recent studies, researchers have explored what a future America might look like if it wants to achieve Mr. Biden’s new climate goal: Cutting the nation’s planet-warming emissions at least 50 percent below 2005 levels by the year 2030.

By the end of the decade, those studies suggest, more than half of the new cars and S.U.V.s sold at dealerships would need to be powered by electricity, not gasoline. Nearly all coal-fired power plants would need to be shut down. Forests would need to expand. The number of wind turbines and solar panels dotting the nation’s landscape could quadruple.

It’s achievable in theory, researchers say, but it’s an enormous challenge. To get there, the Biden administration would likely need to put in place a vast array of new federal policies, many of which could face obstacles in Congress or the courts. And policymakers will have to take care in crafting measures that do not cause serious economic harm, such as widespread job losses or spikes in energy prices, that could trigger blowback.

“It’s not an easy task,” said Nathan Hultman, the director of the University of Maryland’s Center on Global Sustainability. “We won’t be able to sit back and hope that market forces alone will do the job.”

For now, the United States has a head start. The nation’s greenhouse gas emissions have already fallen roughly 21 percent since 2005, according to estimates by the Rhodium Group. Much of that decline came as electric utilities retired hundreds of their dirtiest coal plans and shifted to cheaper and cleaner natural gas, wind and solar power.

But roughly one-third of the reductions to date have come as a result of the coronavirus pandemic, as business activity slumped and Americans drove less. That drop is likely to prove fleeting. “We expect emissions to rebound this year as the economy recovers, so we’re already backtracking a bit,” said Kate Larsen, a director at the Rhodium Group. 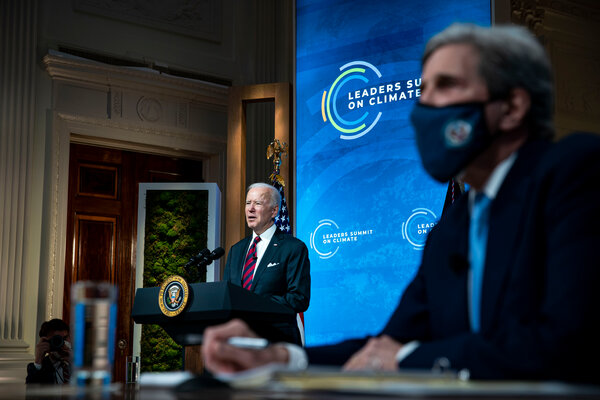 The harder part is yet to come. In two recent studies, Mr. Hultman and his colleagues modeled possible paths to achieving at least a 50 percent reduction in emissions by 2030. The changes would be far-reaching:

By 2030, half the country’s electricity would come from renewable sources such as wind, solar or hydropower, up from one-fifth today.

New natural gas plants would largely be built with technology that can capture carbon dioxide, instead of releasing it into the atmosphere — technology that is still in its infancy.

Virtually all of the 200 remaining coal plants would shut down unless they, too, can capture their emissions and bury them underground.

By 2030, two-thirds of new cars and S.U.V.s sold would be battery-powered, up from roughly 2 percent today.

All new buildings would be heated by electricity rather than natural gas.

Oil and gas producers would slash emissions of methane, a potent heat-trapping gas, by 60 percent.

The nation’s forests would expand, and farming practices would be reworked, so that they pull 20 percent more carbon dioxide out of the air than they do today.

While that research provides only one example of how the United States might meet its target, it illustrates the vast scale of the transformation envisioned. “Those are massive changes to electricity and transportation, and even then you can’t just focus on those sectors alone,” said Mr. Hultman. “If we fall short in any one area, the task becomes that much harder.”

It’s still an open question whether the Biden administration can adopt new policies that will actually achieve all of those goals. The White House has yet to lay out the precise steps it will take to ensure the United States reaches its new climate target, although it has offered some signals.

For instance, Mr. Biden has floated the idea of a clean electricity standard that could require utilities to get all of their electricity from low-carbon sources such as wind, solar, nuclear or even natural gas with carbon capture by 2035. But that policy faces a battle in Congress.

And while the Biden administration is working on more stringent fuel-economy standards for pollution from cars and light trucks, it has not proposed strict sales targets for electric vehicles, as states like California have urged.

Mr. Biden has also shied away from ideas like a carbon price, which would require polluters to pay for their emissions of carbon dioxide, giving them an incentive to clean up their act. Europe and Canada have adopted programs like these, and one recent study by Resources for the Future, a nonpartisan think tank, found that the United States could cut its carbon dioxide emissions 54 percent by 2030 if it put in place a carbon tax that started at $40 per ton and increased by 5 percent each year.

But some analysts say carbon pricing would be a tough sell for many lawmakers.

“There’s this idea in Europe of the inevitability of carbon pricing, and that this is the way to go,” Samantha Gross, director of the Energy Security and Climate Initiative at the Brookings Institution, said on Tuesday. “I do see that point, and I understand it, but that point is running at least right now into a wall of U.S. politics that are not supportive of carbon pricing.”

Mr. Hultman said that even if the Biden administration can’t enact some of his more ambitious proposals, such as a clean electricity standard, there might be other options available. 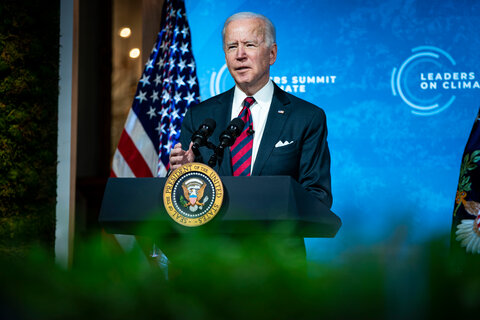 President Biden announced an ambitious goal at today’s climate summit: a plan to cut the nation’s greenhouse gas emissions in half.

That’s a big deal. Here’s how it might it affect you → 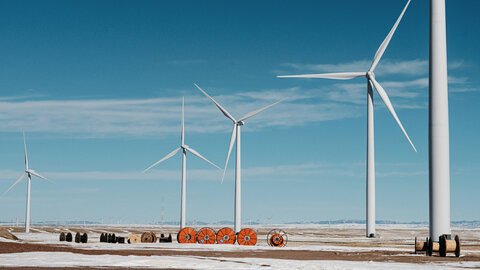 Over all, getting to such deep cuts could change the way that we drive, heat our homes and manufacture goods. 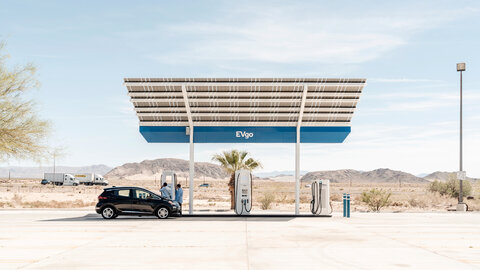 For example, your next car might glide past gas stations.

The administration has already revealed plans to get more electric vehicles on the road, and to build the charging infrastructure for them. 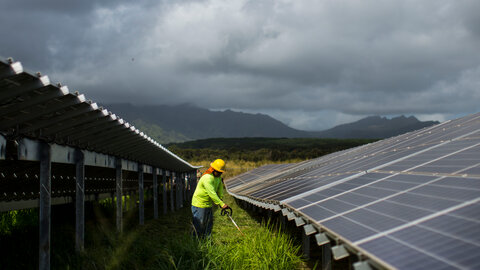 Heating your home with less methane and CO2 means a shift from fossil fuels to renewables. The U.S. has made progress, but there’s a long way to go. 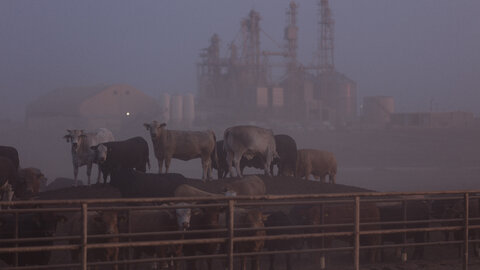 Manufacturing and agriculture will need to retool to reduce their greenhouse gas emissions.

Despite climate pledges, truly deep cuts have yet to appear.

Those who doubt the overwhelming evidence that climate change is real and urgent tend to decry the cost. But the costs of doing nothing — to you, to us, to the planet — would be ruinous.

Subscribe to our newsletter.
Or read more Times climate coverage. 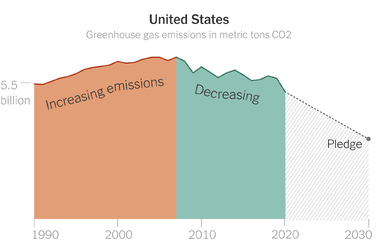 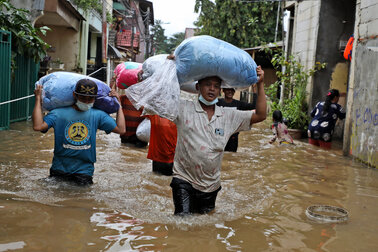