Four mosques in Birmingham, England were damaged overnight with a man seen smashing windows with a sledgehammer. 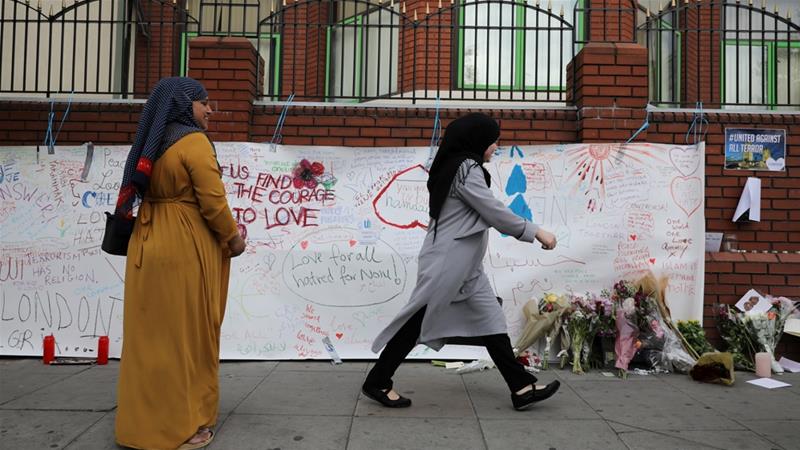 Four mosques in the English city of Birmingham were damaged overnight, police said on Thursday, in the latest in a spate of Islamophobic attacks in Britain since the murder of 50 people by a white supremacist at mosques in Christchurch, New Zealand.

West Midlands Police said detectives and counterterrorism officers are investigating after windows were smashed at four mosques in Birmingham.

The force said in a statement the incidents “are being treated as linked”.

Officers responded after reports in the early hours of Thursday of a man seen shattering windows with a sledgehammer at one mosque, the police said.

“Neighbourhood officers are working closely with mosques around the West Midlands today,” the force said.

“Since the tragic events in Christchurch, New Zealand, officers and staff from West Midlands Police have been working closely with our faith partners across the region to offer reassurance and support at mosques, churches and places of prayer,” West Midlands Police Chief Constable Dave Thompson said in a statement.

“At the moment, we don’t know the motive for last night’s attacks,” Thompson added. “At difficult times like this, it is incredibly important that everyone unites against those who seek to create discord, uncertainty and fear in our communities,” he said.

Forensics experts are working to identify evidence at the scenes of the four attacks, while CCTV is also being examined.

Shabana Mahmood, a member of parliament for Birmingham, said the reported attacks were “truly terrible.”

“I would urge all residents to remain calm and call [the police] with any info you may have,” Mahmood tweeted.

A statement from the Birmingham Council of Mosques said: “We were deeply horrified to hear a number of mosques were vandalised during the early hours of this morning.

“Birmingham’s mosques are a place of worship, serenity and a source of peace and tranquillity. We are appalled by such acts of hate/terror.”

In August last year, Birmingham mosques were attacked with catapults during evening prayers.

The city, in the Midlands, is home to a large Muslim community.

“I think that all religious institutions do need access to a high security budget [from the government], in light of the fact that far-right extremists have been left for too long,” Kamran Hussain, general manager at Birmingham’s Green Lane Mosque and Community Centre, told Al Jazeera.

“Far-right extremism … is now in Eastern Europe, it is in America, and it has been left unchangelled in many aspects. We haven’t addressed it in the media or even at government level.”

Hussain’s mosque was not targeted, but is close to those that were, such as the Witton Islamic Centre.

“The risk from Islamophobia has been on the rise for many years now,” said a Witton Islamic Centre spokesperson. “This form of hate has fallen under the radar in many aspects, including some parts of the media and our intelligence and security services. The tragic events from last week’s attacks in Christchurch have caused great concern among the Muslim community.”

Saddique Hussain, trustee at the Central Jamia Mosque Ghamkol Sharif, said it was impossible to fully secure a mosque.

“Trying to secure a building of this nature and calibre is extremely difficult, and not possible to do,” he said. “A mosque needs to be an open place of worship. For example, we can’t lock our doors when the prayers start because some people [are] late for prayers.

“To secure a place where the door is constantly open? … You can’t.”

Worshipper Ali, 26, said: “People see what is going on in the world because of social media and they get annoyed. They kind of believe it and take it the wrong way. If I die in the mosque, I would be blessed. So, I think there should be no security and the doors should remain open.”