Sala’s plane crashed more than two weeks ago during a trip from the French city of Nantes to Cardiff, Wales. 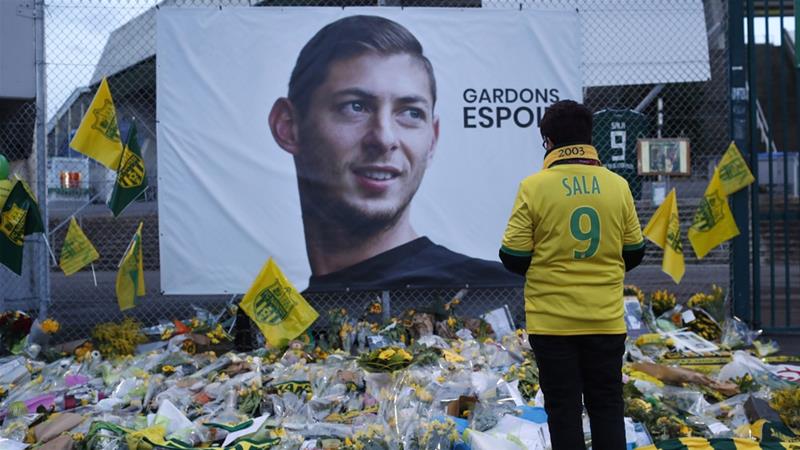 Authorities have identified the body inside the plane wreckage found in the English Channel as that of Argentinian footballer Emiliano Sala.

Sala’s plane, which carried him and the pilot, David Ibbotson, crashed more than two weeks ago during a trip from the French city of Nantes to the Welsh city of Cardiff.

The wreckage of the plane was discovered earlier this week by a privately funded recovery crew hired by Sala’s family after the official operation had been called off.

British police said on Thursday that the body retrieved from the wreckage had been formally identified as Sala.

“The families of Mr Sala and the pilot David Ibbotson have been updated with this news and will continue to be supported by specially-trained family liaison officers,” a police statement said.

“Our thoughts remain with them at this difficult time.”

Search teams are yet to find pilot David Ibbotson, the only other person on board the plane which lost contact with air traffic control near Guernsey on January 21.

Sala, 28, had recently signed a contract with the English Premier League club Cardiff City for a club record fee of about 17 million euros ($19m), after scoring 12 goals while playing for the French club Nantes.

He had been flying from Nantes to join his new Premier League team when the single-engine Piper Malibu aircraft disappeared over the sea.

“We offer our most heartfelt sympathies and condolences to the family of Emiliano,” Cardiff City said in a statement on Thursday. “He and David will forever remain in our thoughts.”

Argentine newspaper Clarin last month published a voice message that Sala apparently sent to friends while in the air.

“We’re up in the plane and it seems it’s about to crash,” said the message, which Clarin said was verified by Sala’s father, Horacio Sala.