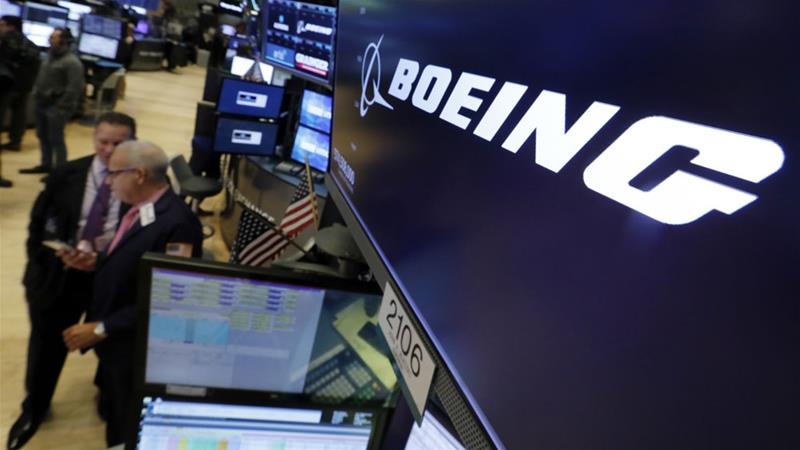 The latest version of Boeing’s best-selling 737 family has again been thrust into the spotlight after a fatal crash in Ethiopia, months after a deadly crash involving an identical brand-new jet in Indonesia.

A Nairobi-bound Boeing 737 MAX 8 operated by Ethiopian Airlines crashed minutes after take-off from Addis Ababa, killing all 157 on board.

The same model flown by Lion Air crashed off the coast of Indonesia in October, killing all 189 on board.

There are still unanswered questions about the causes of the Lion Air crash, and officials and safety experts said it was too soon to draw links with the incident in Ethiopia.

In a statement issued on Sunday, Boeing said it would send a technical team to the crash site to provide assistance.

The share move, if maintained through normal trading hours, would be the biggest fall in Boeing’s stock in nearly two decades, halting a surge that has seen it triple in value in just over three years to a record high of $446 last week. 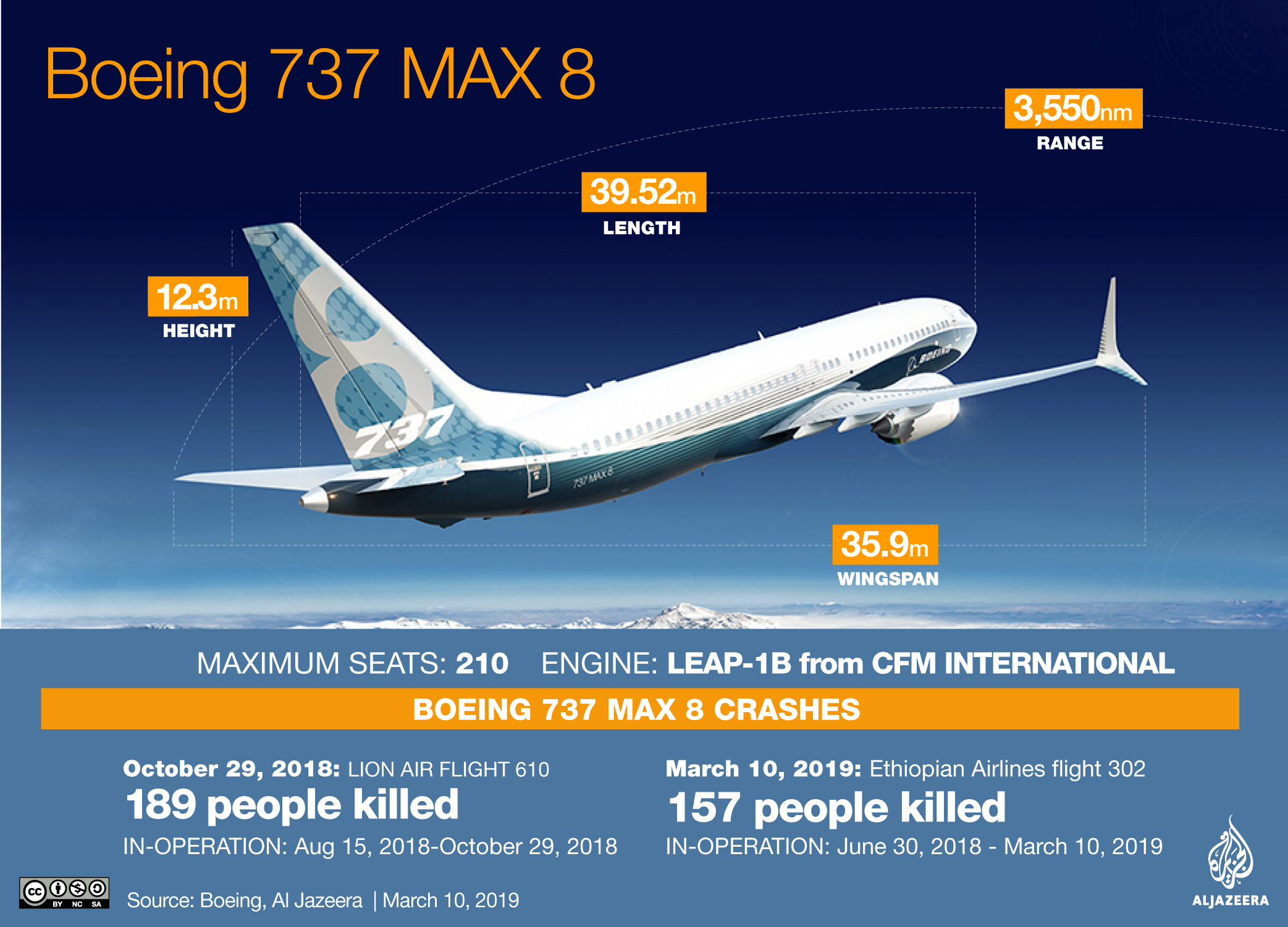 Boeing’s 737 MAX is the newest version of a jet that has been a fixture of passenger travel for decades and the cash cow of the world’s largest aircraft maker, competing against the Airbus SE’s A320neo family of single-aisle jetliners.

The decades-old 737 family is considered one of the industry’s most reliable aircraft.

Boeing rolled out the fuel-efficient MAX 8 in 2017 as an update to the already redesigned 50-year-old 737 and had delivered 350 MAX jets out of the total order tally of 5,011 aircraft by the end of January.

Former National Transportation Safety Board chairman Mark Rosenker said the catastrophic crashes of two new planes were “highly unusual” and both had broad similarities in that they went down soon after take-off.

While it is unclear if there is a direct link, “this is now an extraordinary issue” for aviation safety officials to grapple with and will prompt a sweeping investigation to determine if there are common issues, Rosenker said.

Dallas-based Southwest Airlines Co is the biggest operator of the MAX 8, with 31 aircraft, followed by American Airlines Group Inc and Air Canada with 24 each.

Southwest and American said on Sunday they remained fully confident in the aircraft and were closely monitoring the investigation.

China and Ethiopia grounded all Boeing 737 MAX 8 aircraft while a number of airlines across the world are carrying out safety measures on the jets.

Aviation analyst Scott Hamilton cautioned against drawing comparisons between the two crashes, especially before the flight recorders are recovered. Ethiopian Airlines has a strong reputation and good safety record, he said in a blog post.

Still, the crash puts fresh pressure on Boeing just days before it had planned an event to debut another aircraft.

Late on Sunday, Boeing said it would postpone the planned ceremonial debut of its 777x wide-body aircraft that had been set for Wednesday in Seattle and was to be live-streamed.

The company said it is focused on “supporting” Ethiopian Airlines and “will look for an opportunity to mark the new plane with the world in the near future.”

Following the Lion Air crash, Boeing faced criticism from some US pilot unions for not having detailed in its flight manual a change in the way that software on the MAX reacts in a stall compared with a previous version.

Boeing has insisted that cockpit procedures were already in place to deal with problems that the Lion Air jet experienced.

A preliminary report into the Lion Air crash focused on airline maintenance and training, as well as the technical response of the anti-stall system to a recently replaced sensor, but did not give a reason for the crash.

Since then, the cockpit voice recorder was recovered and a final report is due later this year.

Boeing was expected to introduce a software patch to help address the scenario faced by the Lion Air crew in late March or April, government and industry officials told Reuters news agency in recent weeks.

Boeing is already facing a string of lawsuits in the United States by families of the Lion Air crash victims, including five cases in the US federal court in Illinois where Boeing has its Chicago headquarters.

The 737 MAX 8 uses LEAP-1B engines made by CFM International, a joint venture of General Electric Co and Safran SA.