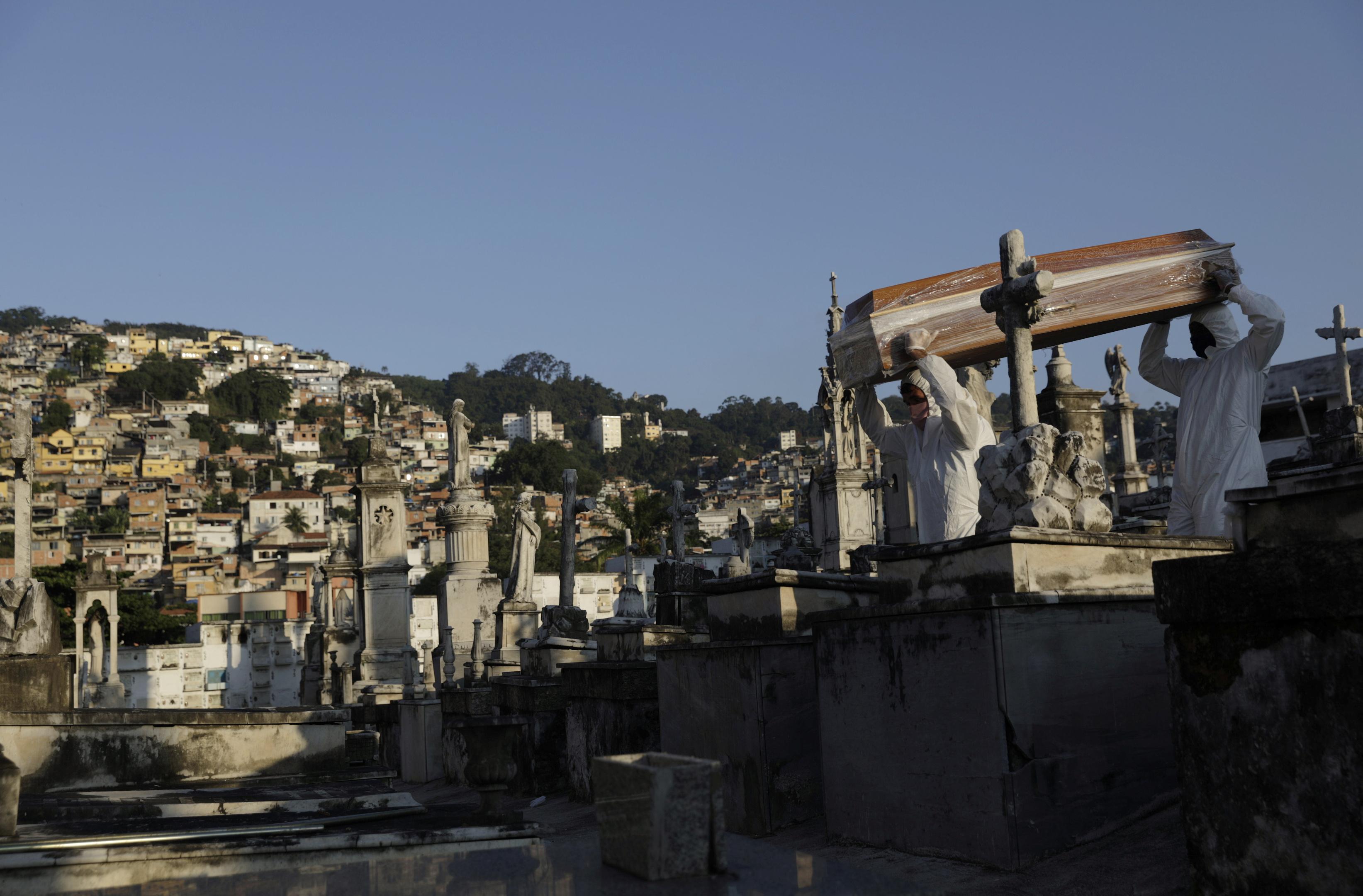 RIO DE JANEIRO/BRASILIA (Reuters) – Brazil suffered a record of 1,188 daily coronavirus deaths on Thursday and is fast approaching Russia to become the world’s No. 2 COVID-19 hot spot behind the United States.

Brazil also passed 20,000 deaths on Thursday and has 310,087 confirmed cases, up over 18,500 in a single day, according to Health Ministry data. The true numbers are likely higher but Brazil has not carried out widespread testing, the ministry said.

President Jair Bolsonaro is under growing pressure for his handling of the outbreak, which looks set to destroy the Brazilian economy and threatens his re-election hopes. He strongly opposes social distancing measures and has repeatedly pushed for greater usage of chloroquine as a remedy for the virus, despite health experts’ warnings about risks.

Bolsonaro’s relationship with governors and mayors has also grown increasingly bitter. The president is angry over local shutdowns to slow the spread of the virus and argues that keeping the economy running is more important.

Bolsonaro said he will approve on Thursday or Friday a 60 billion-real ($10.72 billion) federal aid program for states and cities hit by coronavirus but asked governors for support freezing public sector pay increases.

The bill to distribute federal money to states and municipalities was approved by Congress earlier this month. However, Bolsonaro has not signed off on it due to pressure from Economy Minister Paulo Guedes, an avowed free-marketeer who wants more fiscal austerity.

In return for signing off on the aid package, Bolsonaro asked governors for their backing in specific measures freezing public sector pay increases for two years.

Speaking later on Thursday, Bolsonaro said it was normal for politicians to begin to lose some popularity after more than a year in office.