The last six of the city’s 13 top samba schools took to the “sambodromo”, or Sambadrome, with hundreds of colorfully dressed and some scantily clad dancers and musicians parading behind huge, elaborate floats designed around a broad theme.

Monday’s parades, which ran well into the early hours of Tuesday, touched on many themes, among them Bolsonaro, who has cut a controversial and divisive figure since being sworn into office in January last year.

Brazilian actor and comedian Marcelo Adnet starred in the Sao Clemente school’s parade dressed up as Bolsonaro, mockingly doing push ups, saluting, and firing an imaginary gun with his fingers, all of which the ex-army captain has done in public during his presidency.

The Sao Clemente float also displayed placards with the words “It’s OK?!”, a popular Bolsonaro phrase, and “It was Leonardo di Caprio”, a reference to Bolsonaro blaming the Hollywood actor for the Amazon rainforest fires last year.

Since Bolsonaro took office in January 2019, Brazilians have been sharply divided, with supporters crediting him for a rapid drop in violent crime and an improving economy, while critics have denounced his racism, sexism and stance on the environment.

On Sunday the famed Mangueira samba school took aim at the national rise in right-wing religious fervor and surge in police violence, in Rio in particular, in Bolsonaro’s first 14 months.

Mangueira’s song included a line about “No messiah with a gun in his hand”, a reference to Bolsonaro, whose middle name is ‘Messias’ and who advocates more widespread gun ownership.

The costumes, floats and choreography of Rio’s samba school may change, but they are always sparkling and spectacular, often taking all year and over $2 million to put together. 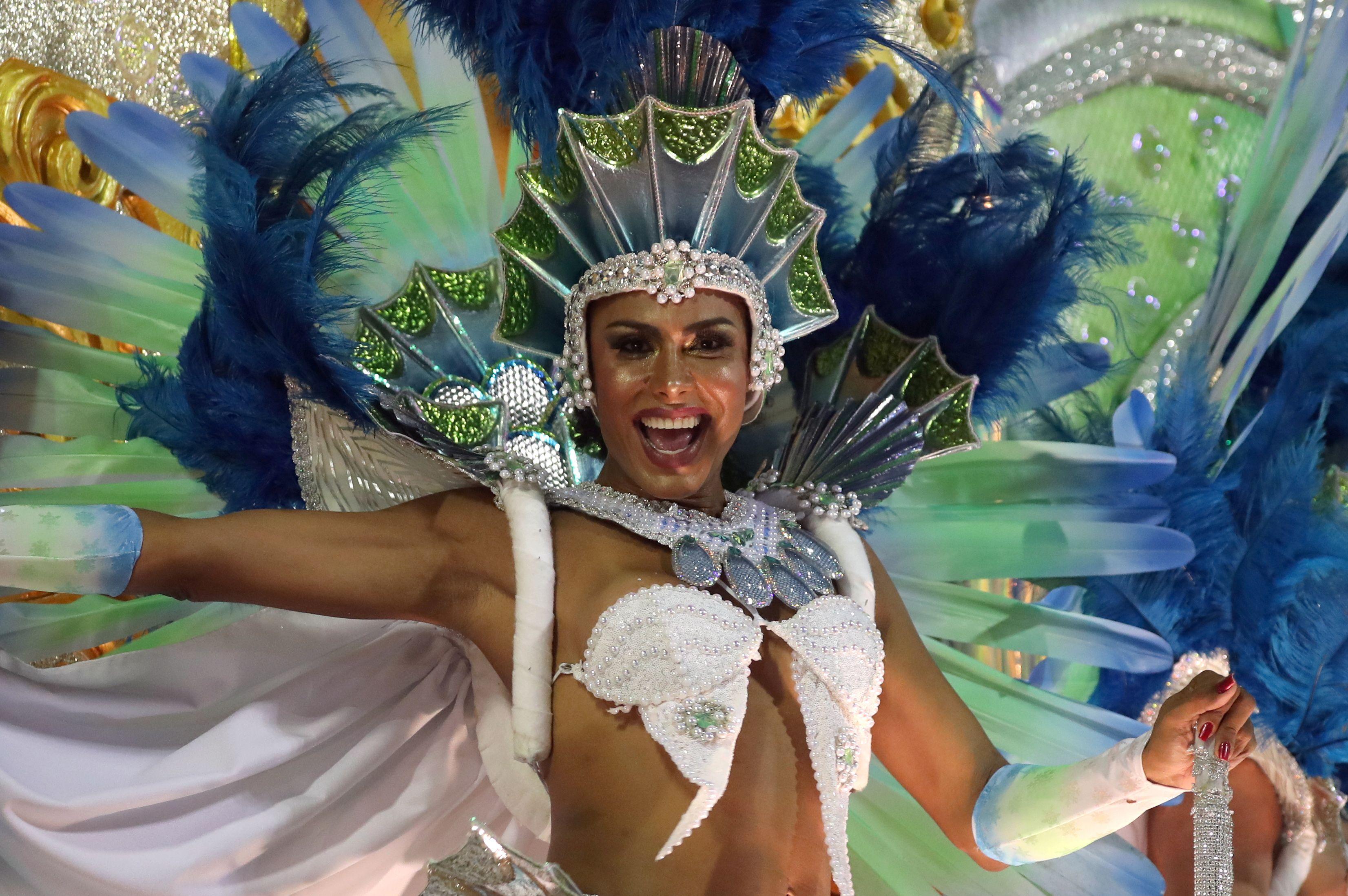 Each year the top 13 samba schools parade through the Sambadrome in front of up to 90,000 locals, tourists and VIPs partying in the steep, concrete stands and hospitality suites that line the 700-meter (2,300-ft) venue.

The judges’ verdicts are announced on national television on Ash Wednesday.

The 90,000-capacity Sambadrome was designed by revered architect Oscar Niemeyer and constructed in 1984.