Deforestation in Brazil’s Amazon in the first three months of 2020 rose 51 percent from a year earlier. 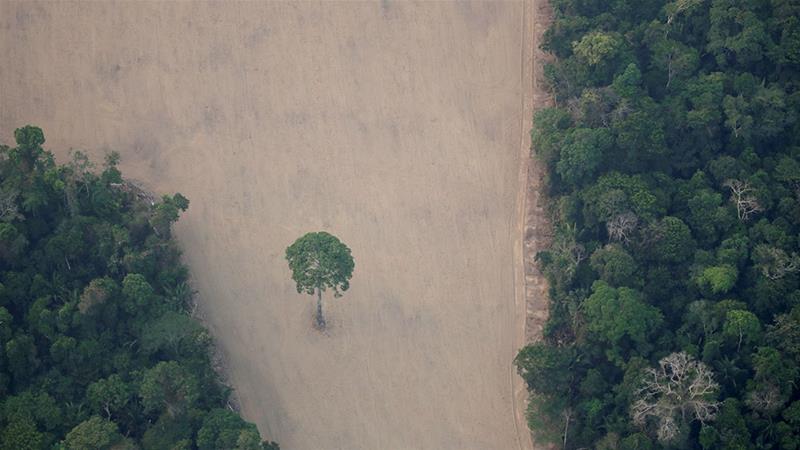 Brazilian President Jair Bolsonaro has authorised the deployment of armed forces into the Amazon region to fight fires and deforestation, three months earlier than in 2019, after a jump in destruction in the world’s largest rainforest.

Last year, Bolsonaro waited until August to send troops into the region, following an international outcry over a wave of fires in the rainforest, which traps vast amounts of greenhouse gases that cause climate change.

The order, passed on Thursday, is effective from May 11 to June 10, but can be extended to 60 days in total, as Bolsonaro did last year.

Vice President Hamilton Mourao said last week the government planned to send in the military as part of a plan to establish bases in the Amazon to fight deforestation.

Deforestation in Brazil’s Amazon in the first three months of 2020 rose 51 percent from a year earlier. The first quarter coincides with the rainy season when destruction usually eases as loggers are deterred by the weather.

Environmental advocates say the military’s presence should deter illegal destruction of the rainforest in the short term, but argue the armed forces cannot replace the permanent oversight of environmental agencies.