A Brit grandma who was caught trying to smuggle £1 million worth of cocaine has died alone and in agony in a 'rat-infested' Portuguese prison.

72-year-old Susan Clarke was serving eight years. Her husband and accomplice Roger, 73, is also banged up but in a different prison.

She died of breast cancer last Sunday having been allowed to see her husband for one last time. She couldn't speak to him due to a lump in her throat, reports the Mirror.

A source said Susan had been due to return to England to finish her term, and that being without her family in her final hours must have been “torture”.

They told the Mirror exclusively: “She was handed a life sentence – left to die in a foreign prison with no loved ones around her.

“She was battling breast cancer but the doctors in Portugal decided that there was nothing they could do for her, so they stopped her treatment.

“She was in so much pain. Roger seems to think they had won a battle to come back to the UK to, so he’s devastated that she wasn’t well enough to make the move.”

The couple were arrested on a cruise ship as they sailed into Lisbon from the Caribbean in December 2018 after a tip-off.

Police found 20lb of cocaine in the linings of four suitcases.

They claimed they had been conned into carrying it, saying they thought they were smuggling fruit, but both were jailed for eight years in September 2019.

The couple had actually been caught before, smuggling 240kg of cannabis into Norway in 2010.

Prosecutors said the pair were drug mules smuggling cocaine destined for the UK who used four cruises in two years as a front, making up to £26,500 per trip.

Susan was put in Lisbon’s EP Tires prison where she shared a tiny cell with three others. It is home to serious offenders including murderers Six months after being sentenced, the former secretary said she had lost two-and-a-half-stone and feared she wouldn’t make it out of prison alive.

"My health is terrible. I’ve been handed a death sentence. My worry is I’ll be leaving in a box."

Susan, who had eight grandchildren and one great grandchild, wept as she went on: "We feel completely abandoned. The Foreign Office has ignored us, Boris Johnson has not helped.

"I can understand why people might believe we are guilty but we are not."

Roger has now been transferred from his cell in the EP Lisboa jail to a lower-security site. 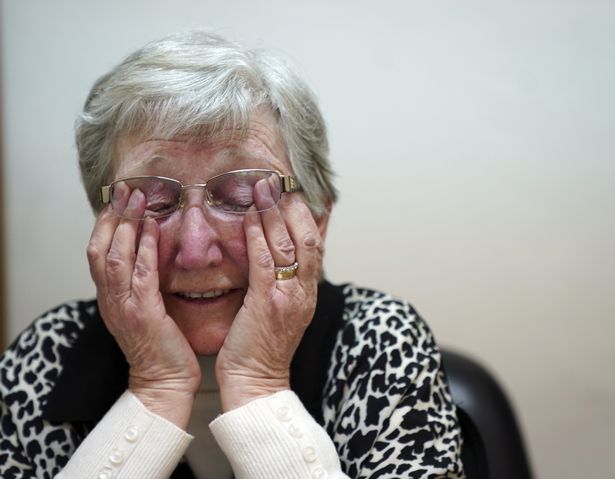 The Foreign Office has confirmed that they are "supporting the family of a British woman who died in Portugal".

Lisbon’s EP Tires has 10ft-square cells infested with rats and its occupants work making clothes and carpets among other things.

In 2017 Welsh carer Sophie Grey, 25, spent over three months there, accused of assaulting a policeman in 2017, before being released.

Her dad Roger said: "They have two hours where they are allowed out into a concrete yard but that’s it. It’s bleak."