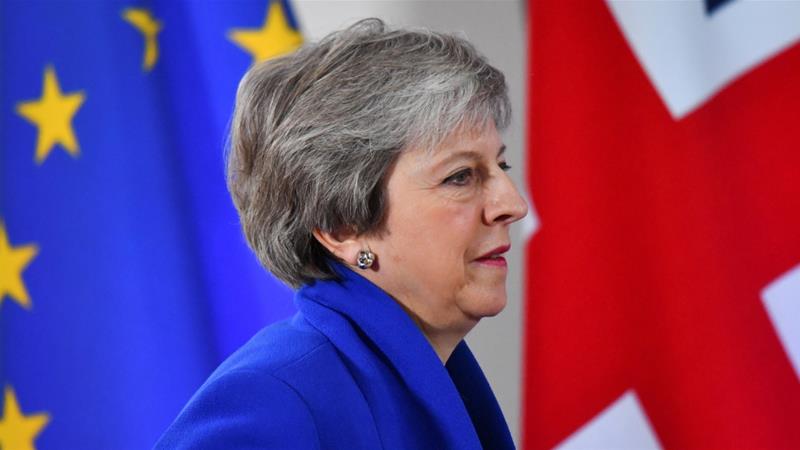 British legislators have rejected beleaguered Prime Minister Theresa May’s Brexit deal, plunging the future of the UK’s bid to leave the European Union deeper into crisis and raising the possibility of a delayed departure.

MPs in the lower chamber House of Commons on Tuesday voted 391 to 242 against May’s plan, fewer than 24 hours after she claimed to have won meaningful concessions from Brussels over the deal’s contentious so-called “backstop” clause.

The result marked a second defeat within two months for the prime minister over her Brexit strategy after MPs overwhelmingly rejected the proposed withdrawal agreement by a margin of 230 in January.

MPs are now set to vote on Wednesday on whether to leave the EU without a deal, as promised by May, 16 days before the UK is scheduled to depart the bloc on March 29.

If legislators opt against departing without an agreement on future relations, the government will hold another vote the following day on whether to request an extension to Article 50 – the exit clause in the EU’s constitution – from Brussels in a bid to buy more time as it seeks to strike a different divorce deal.

Following the defeat on Tuesday, May said she was “passionate” about delivering Brexit.

“But I equally passionately believe that the best way to do that is to leave in an orderly way with a deal,” she added.

Leader of the main opposition Labour Party Jeremy Corbyn said the result meant May’s plan for leaving the EU was “dead” and called on the government to adopt his proposals for an alternative departure from the bloc.

The EU has said no other terms of withdrawal are available to the UK other than the deal brokered with May during months of fractious back-and-forth negotiations, however.

“Should there be a UK reasoned request for an extension, the EU27 will consider it and decide by unanimity,” the spokesperson added, citing the 27 members of the bloc minus the UK.

The EU’s Brexit negotiator Michel Barnier, meanwhile, said the bloc had done “everything it can to help get the Withdrawal Agreement over the line”.

“The impasse can only be solved in the UK. Our ‘no-deal’ preparations are now more important than ever before,” Barnier said in a tweet.

Nearly 52 percent of Britons – more than 17 million people – voted in favour of quitting the 28-member EU during a June 2016 referendum. Turnout was 72 percent.