Boyko Borissov seeks an overhaul of the constitution in an apparent effort to defuse weeks of anti-government protests. 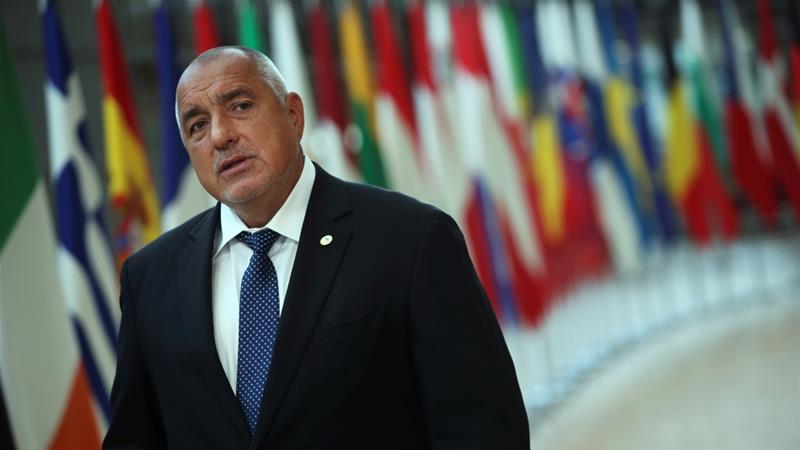 Bulgarian Prime Minister Boyko Borissov has called for an overhaul of the constitution in an apparent effort to defuse weeks of anti-government protests by mostly younger Bulgarians weary of endemic corruption in the European Union member state.

Three-times premier Borissov on Friday promised to resign if lawmakers approved his call for the election of a grand national assembly tasked with drafting amendments aimed, among other things, at improving the efficiency of the much-criticised judiciary.

Thousands of Bulgarians have been rallying in central Sofia since early July to demand the resignation of Borissov and Chief Prosecutor Ivan Geshev. Hundreds have set up tents on three important intersections in the capital.

“It is time not only to change the political system but to restart the country,” Borissov, 61, leader of the centre-right GERB party, said in a televised national address.

“The unity, statesmanship and stability of the country are not just words for me,” he said, adding that he understood the protesters’ frustration but said it was being exploited by various political factions and local oligarchs.

The protesters swiftly dismissed his plan as an empty gesture and promised to continue their campaign.

“The statement of Boyko Borissov, who has still not resigned, is yet another attempt to win time and shows fear,” three informal leaders of the protests, who call themselves The Poisonous Trio, said in a statement.

The protesters accuse Borissov of eroding state institutions to serve the interests of private business interests and say Geshev has failed to bring any corrupt high-level officials to account.

Transparency International ranks Bulgaria as the most corrupt country in the 27-nation EU.

Two-thirds of Bulgaria’s 240 deputies need to vote to approve calling an election for a grand national assembly.

It is not clear whether Borissov will be able to muster the support of two-thirds of Bulgaria’s 240 members, or deputies, needed to call an election of a grand national assembly.

Borissov’s constitutional amendments would cut the mandate of the chief prosecutor to five years from seven and overhaul Bulgaria’s top judicial body to boost its independence and the accountability of prosecutors and judges. It would also halve the number of parliamentary deputies to 120.

“If parliament approves it, it is good for him – he can quit with dignity. If it does not, he gets credit at least for trying. He also gains time and stays in office while taking over the main goals of the protests,” said analyst Parvan Simeonov.

Borissov has previously said his coalition government should serve its full four-year term till next March to avoid plunging Bulgaria into “political chaos” during the coronavirus pandemic.