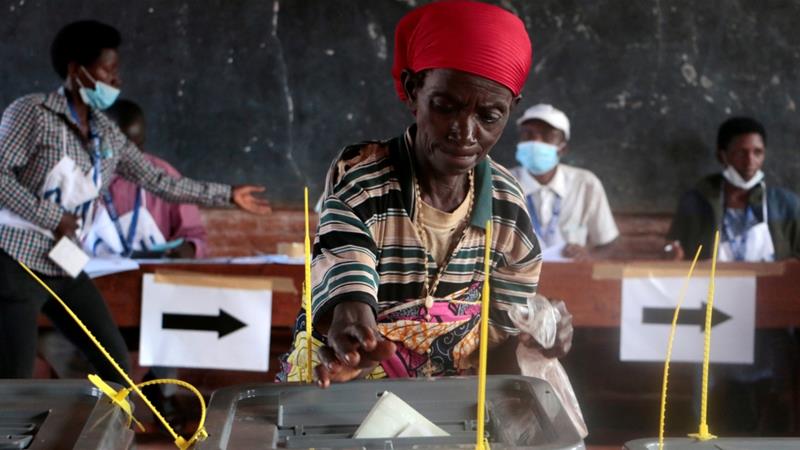 The panel of judges on Thursday ruled that poll fraud complaints by main opposition leader Agathon Rwasa were “null and void”, validating Ndayishimiye’s victory with 68 percent of the May 20 vote, as pronounced by the election commission.

Rwasa’s share of the vote diminished further in the final results to 22.42 percent. Provisional results had given him 24 percent.

The constitutional court – which the opposition has accused of following the governing CNDD-FDD party’s orders – said Rwasa’s National Freedom Council (CNL) failed to provide sufficient proof of its claims.

There was no immediate comment by the CNL, but Rwasa had earlier told The Associated Press news agency he would take the matter to the East African Court of Justice based in neighbouring Tanzania if he is not satisfied with the court’s decision.

Ndayishimiye, 52, a former army general who was handpicked by senior CNDD-FDD figures to succeed longtime President Pierre Nkurunziza, will be sworn in in August for a seven-year mandate.

Nkurunziza will step aside after 15 years. His controversial bid for a third term in 2015 plunged the country into political and economic chaos.

After a failed military coup and a crackdown by security forces, hundreds of thousands of people fled to neighbouring countries to escape the violence.

While the East African Community, a regional body, gave the election a clean bill of health on Tuesday, the Conference of Bishops of Burundi criticised the conduct during the polling, saying observers from some parties had been chased from polling stations.

A joint statement issued by Western diplomats on Wednesday made no reference to any irregularities and urged the opposition to pursue legal paths to contest the election outcome.

Five other candidates also stood in the polls, in which 5.11 million registered voters were eligible to participate.