South-eastern parts of Lassen County, situated in the north of the state, are understood to be most at threat. The dramatic warning was first raised by the US National Weather Service.

In a statement it said: “A tornado warning remains in effect until 3:30pm PDT [11.45am BST] for south-eastern Lassen County.

“At 2:50PM PDT [10:50am BST] a pyrocumulonimbus from the Loyalton Wildfire is capable of producing a fire induced tornado and outflow winds in excess of 60mph was located south of Chilcoot near and to the east of the fire.

“This tornado pyrocumulonimbus will remain over mainly rural areas of south-eastern Lassen County in the vicinity of the fire.”

Pyrocumulonimbus is a term for a thunderstorm which mixes with fire and smoke. 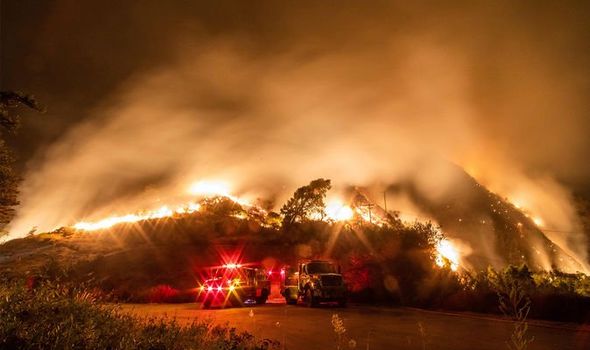 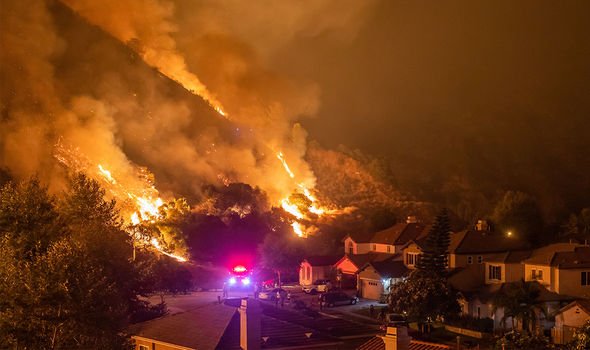 The National Weather Service warns there is a threat to life in Lassen County.

“This is an extremely dangerous situation for fire fighters. 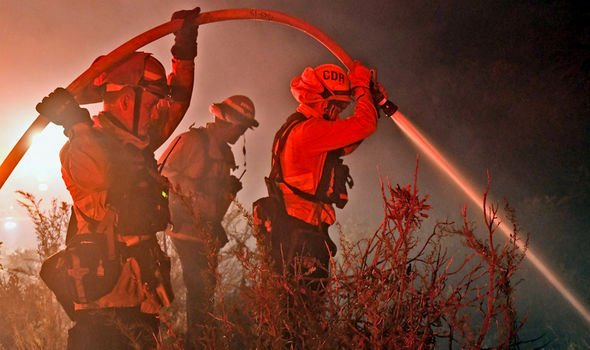 “Do not go into this area!

Matthew Cappucci, a meteorologist for the Washington Post, noted how unusual the situation is.

He tweeted: “For the first time history, a tornado warning has been issued for a likely fire tornado. 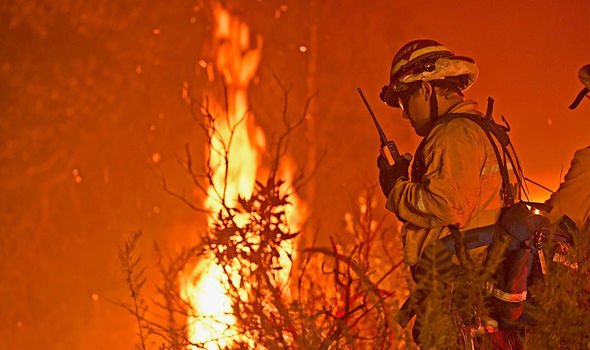 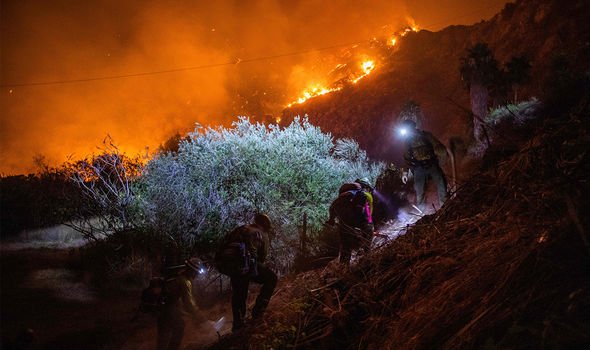 “These are not “firewhirls.” This is a rotating smoke plume being ingested into a pyrocumulonimbus cloud that could produce a bonafide fire-induced tornado.

Fire induced tornados occur when a fire causes a smoke screen which changes its speed with height, causing the plume to spin.

Firefighters across California have been battling a number of large wildfires in different places across the state.

On Friday homes north of Los Angeles were evacuated after a huge forest fire near Antelope Valley.

Firefighters managed to stop the blaze from spreading further but it still isn’t completely under control.

Mandatory evacuation orders are also in place for the Lake Hughes area.

A fire in the nearby Angeles National Forest had consumed 14,714 by Saturday morning, and is only 12 percent contained. 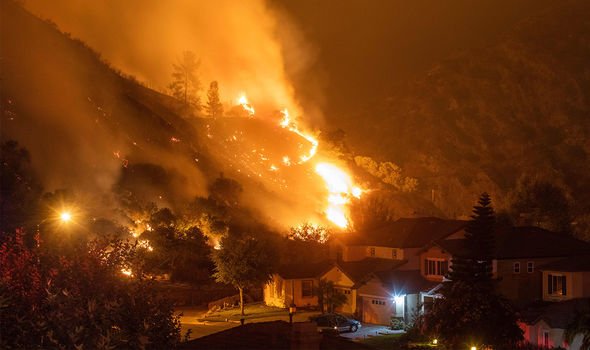 So far the blaze has destroyed six buildings but continues to threaten thousands of others.

Investigators believe one major fire near Los Angeles may have been started by arson and are looking for a 36-year-old man.

As a result of smoke produced by the wildfires some areas of California have their worst pollution levels in decades according to the South Coast Air Quality Management District.