WINNIPEG, Manitoba (Reuters) – Canadian government and opposition legislators approved a wage subsidy worth C$73 billion ($52 billion) on Saturday to support the ravaged economy, in an emergency sitting in the House of Commons. 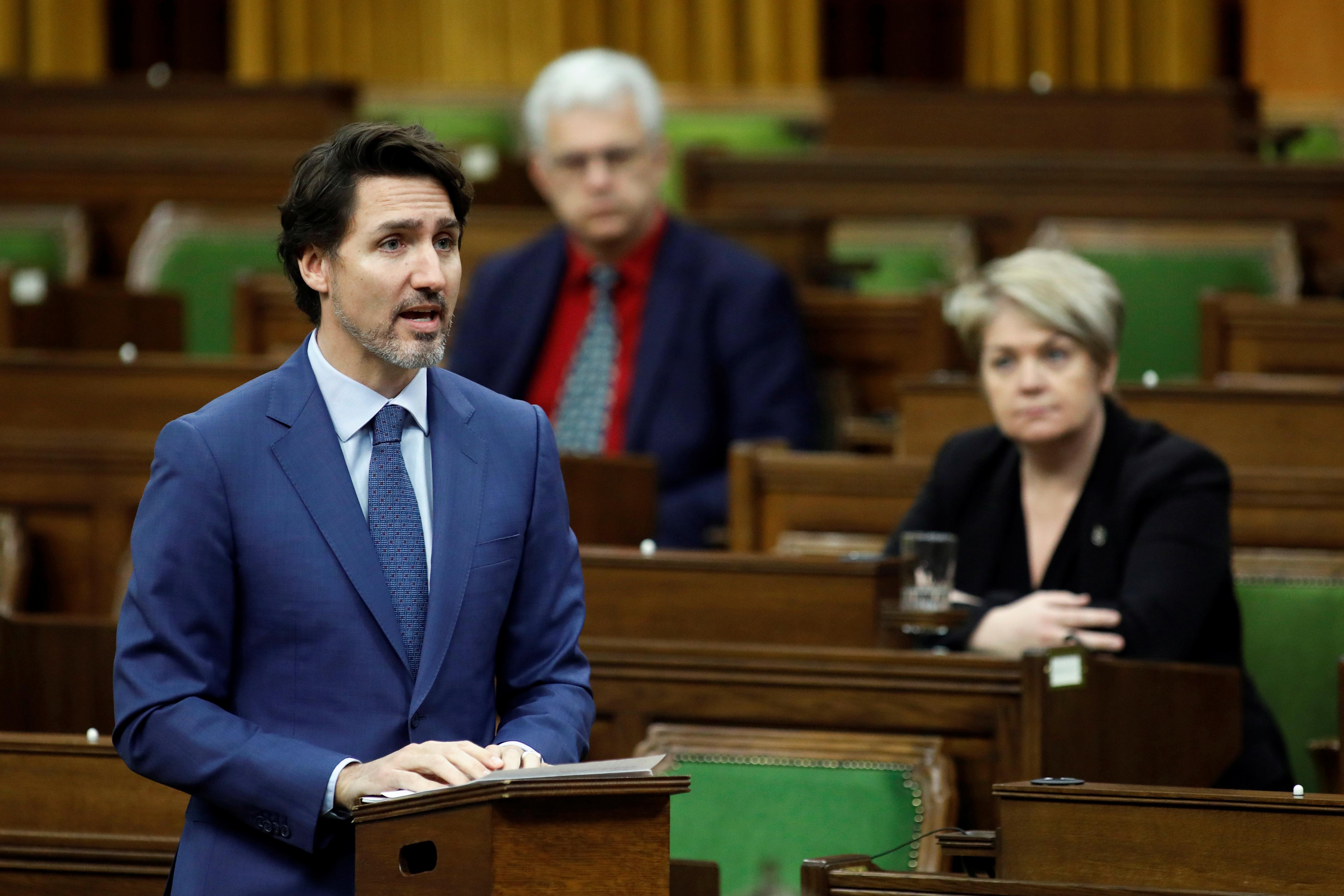 Opposition parties had agreed prior to the sitting to support the bill. It was expected to also receive Senate approval and royal assent by Canada’s Governor General, which is usually a formality.

Prime Minister Justin Trudeau spoke for the first time in weeks in the House after self-isolating with his family as his wife Sophie was infected with the novel coronavirus.

“This situation may get worse before getting better,” Trudeau said in Ottawa, comparing it to a war. “Let us make a commitment among ourselves, to do what needs to be done for as long as it takes.”

Trudeau’s Liberals control a minority in the House of Commons and require support from the other parties to govern.

The subsidy covers 75% of a worker’s wages. Finance Minister Bill Morneau said the government may send payments within two to five weeks.

As of Friday, more than 5.85 million Canadians had applied for federal emergency unemployment help since March 15, government data showed.

Deaths are set to soar to as high as 22,000 by the end of the pandemic, according to government projections.

In the province of Quebec, Canada’s epicenter, Premier Francois Legault said 31 people have died in a single Montreal-area care home since March 13, prompting a police investigation.

He said authorities have so far confirmed that five of the deaths were from COVID-19, the respiratory illness caused by the new coronavirus.

Many deaths in Canada have occurred among elderly people, and the Liberal government released new guidelines for long-term care homes, including monitoring that all staff and visitors wear masks.

Canada’s most populous province, Ontario, has seen declines in new cases over the past several days, which is cause for optimism, said Chief Medical Health Officer Dr. David Williams.

Ontario accounts for the second-highest numbers of cases and deaths among provinces, after Quebec.