Gov’t argued proposals needed to ensure continuity in running the country if December vote was postponed over COVID-19. 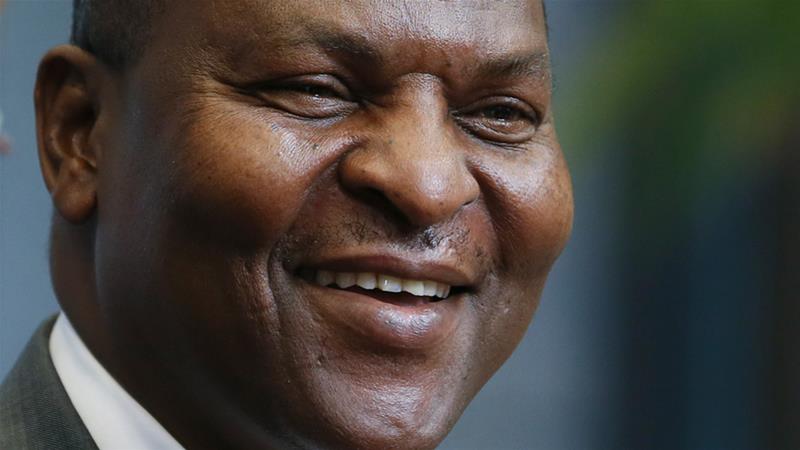 The Central African Republic’s (CAR) highest court has rejected changes to the constitution that would have allowed President Faustin-Archange Touadera to remain in office if an election in December is postponed due to the coronavirus pandemic.

The government had argued the proposals, which would have authorised Touadera and national legislators to remain in office for an amount of time to be determined by the court, were needed to ensure continuity in running the country.

In its ruling on Friday, the Constitutional Court said the proposals violated constitutional provisions forbidding modifications to the president’s term and providing for the speaker of parliament to take over on a three-month interim basis if an election must be delayed.

“The will of the people would be tossed aside,” it said in its judgement, which also urged the president to organise consultations with political parties to reach a consensual solution.

There was no immediate comment by the government following the court’s ruling. Mathurin Djimbele, one of the legislators who sponsored the proposal in parliament, said he accepted the court’s judgement but accused it of shirking its responsibilities, according to Reuters news agency.

To date, the CAR has confirmed about 1,300 coronavirus cases and four related deaths. But the country, still struggling to emerge from a prolonged conflict, is facing a massive challenge in its efforts to prevent a severe outbreak.

As healthcare systems in wealthy nations buckle under the strain of COVID-19, the disease caused by the coronavirus, medical professionals fear an even greater impact in vulnerable countries such as CAR if cases surge.

CAR is one of several African countries, along with Ivory Coast, Guinea and Ghana, where the pandemic has injected fresh uncertainty into presidential elections scheduled for later this year that were already expected to be bitterly contested.

The conflict erupted after a coalition of rebel groups from the lawless and largely Muslim north of the country fought their way into the capital, Bangui, and deposed then-President Francois Bozize. In response, mostly-Christian militias known as the Anti-balaka struck back, exacting revenge on Muslim civilians.

The ensuing chaos has displaced almost 700,000 people inside the country and spawned a hotchpotch of armed groups as the rebel coalition disintegrated. Touadera was elected in 2016 and a peace deal signed last year has eased the bloodshed.

Bozize returned to the CAR in December after six years in exile and has said he might stand in the election.