Home » Ceuta: Teenagers and children swim from Morocco to Spanish enclave with just the clothes on their backs

The tear gas gave us the first clue something was happening.

A large group of people approached the border with Ceuta from the Moroccan side.

We watched and waited and soon saw heads bobbing out at sea. A group of around 20 people were swimming their way into Spanish territory. 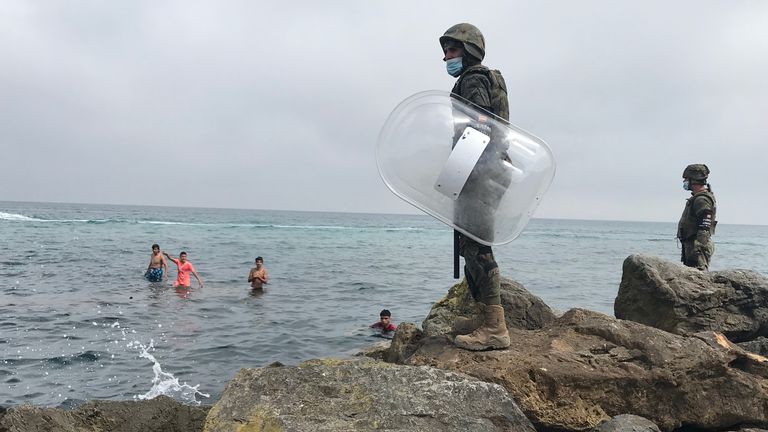 But on the shore, soldiers were waiting. The military had been drafted in by Spain after thousands made this journey in the last few days.

The swimmers were ordered from the water. They emerged shivering and cold after their time in the sea. All were male but what struck us was just how young they all were.

I spoke to one boy, dripping in his T-shirt and shorts, trainers sodden.

I asked how old he was. He showed the fingers of both hands and then held up four. He was 14 and arriving in Ceuta without any family.

He’s one of more than 1,500 children and teenagers who have made it to this Spanish territory in North Africa this week.

The ages of those in the group weren’t lost on the military. We saw moments of tenderness. A soldier placed his arm around a boy who looked even younger than he was. Another tussled the hair of a terrified-looking youngster as he was taken away to a makeshift Red Cross facility in the city to be cared for. 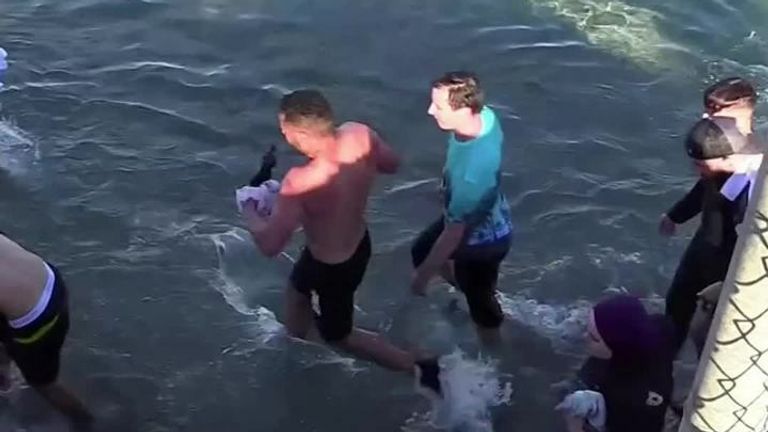 We went there and watched from the road the overwhelming challenge facing the workers.

Warehouses are being used for youngsters to sleep in, with hundreds of people lining up for food and water. Efforts will be made to get in touch with the families of the teenagers.

But there are plenty of young people around Ceuta who want to keep out of the way of the authorities and the charities.

We spoke to one group of boys who’d managed to evade the police and soldiers. 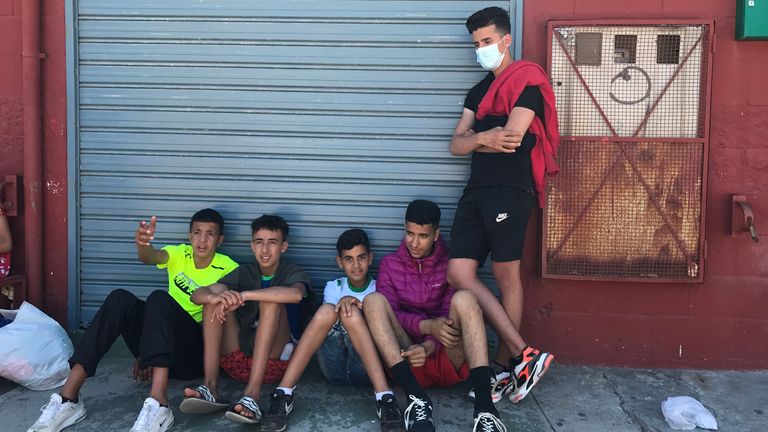 One showed us the cuts and scrapes he got from the rocks as he spent an hour swimming to reach Ceuta.

Another mimicked a soldier holding a gun as he told us he spotted the men in uniforms but managed to evade them. If we hadn’t known what he had just gone through, it would have looked like he was playing a game.

But what happens to those teenagers now? The Spanish prime minister is taking an increasingly hard line, sending many adults straight back to Morocco. The Red Cross is trying to provide help to youngsters.

But what of those who are in Ceuta with little or no money, no jobs, no phone or papers? Teenagers who swam in with just the clothes on their backs. Who looks after them now?