Half of the flights scheduled to arrive at Shanghai have been redirected to other airports. The outbreak has also affected nearby Tianjin airport, with over half of inbound flights there also being redirected. Response to the outbreak from authorities came on Sunday when cargo workers tested positive for the deadly pathogen.

This led to authorities corralling thousands of people into the basement area of a section of the airport to have immediate anti-body tests.

An estimated 17,000 people at the airport have already been swabbed in the race to halt the spread of the pathogen.

Workers that had previously left the airport were ordered back to the site via taxi for testing.

Thousands of people have been ordered into quarantine and up to 500 flights have been cancelled. 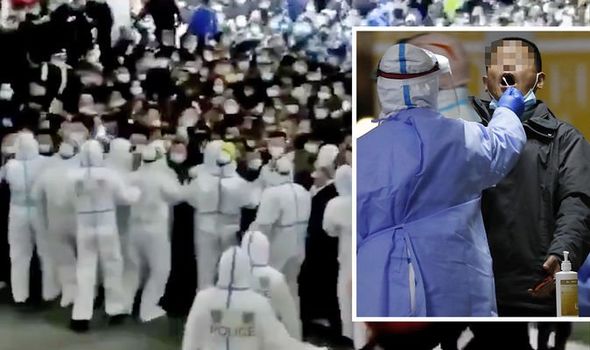 The news coming from Shanghai has come as a blow to China’s president Xi Jinping who has been praised across the nation for the draconian rules he implemented to bring the virus under control.

However, confidence in the leader has now been shaken as China is struggling to contain a number of domestic outbreaks in different cities.

The outbreak in Shanghai has led to rumours that workers will be given an experimental vaccination that China has not fully tested through the usual three stages of medicine development.

Speaking about the scenes of panic and confusion at the airport ABC China correspondent Bill Birtles tweeted: “Wild scenes at Shanghai Pudong airport. 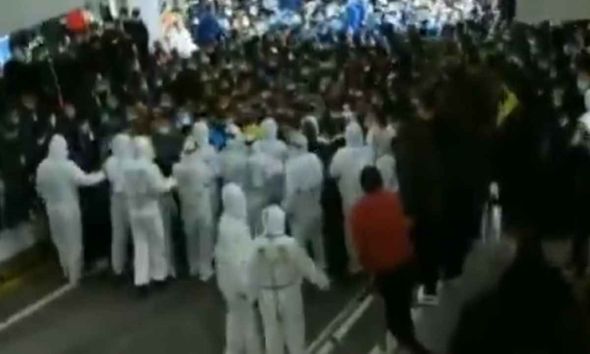 “There are now multiple videos going around of what appears to be a sudden decision by authorities to test all staff for COVID19.

“This comes after two positive cases were detected.

“Reports say authorities ultimately relented as things were getting out of hand.”

Another Twitter user describing videos that show the alarming scenes at the airport said: “Some workers at Shanghai Pudong International Airport tested positive for the coronavirus. 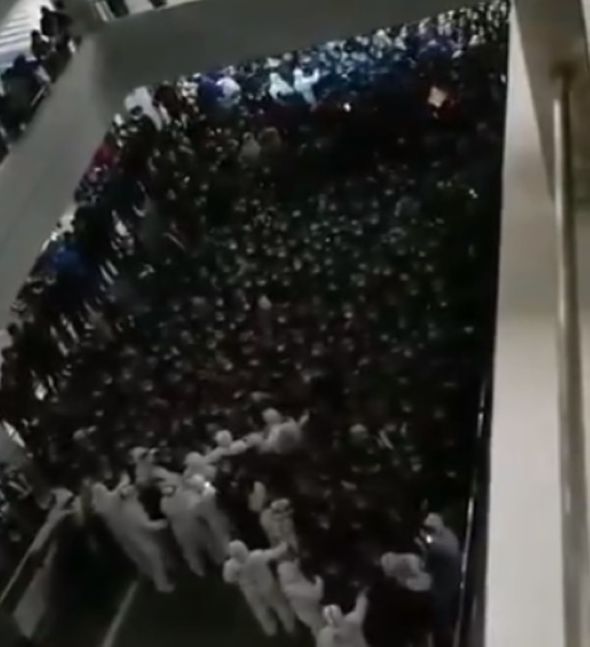 “Authorities then tried to force thousands of people into the parking garage for mandatory testing.

“The people weren’t happy about it.

Alarmingly, many of the videos showing the scenes of panic at the airport have now disappeared from Chinese online platforms, suggesting that authorities are trying to hide the situation.