Europe ‘could have asked for more vaccines’ says Scholz

The eastern superpower has the world’s largest population – an enormous 1.42 billion people. But it has so far delivered around 23 million vaccine doses – a lower rate per head than the UK and US – causing concern about being “left behind” in the race. An editorial by state-run Global Times describes the need to move with pace as vaccines could “reshape the global structure”.

The piece said: “After a terrible year, we are now at a new stage of the pandemic.

“Vaccines have the potential to revolutionise the fight against the pandemic and reshape the global structure.

“We don’t have time to celebrate our past achievements. We need to move forward and focus on the future.” 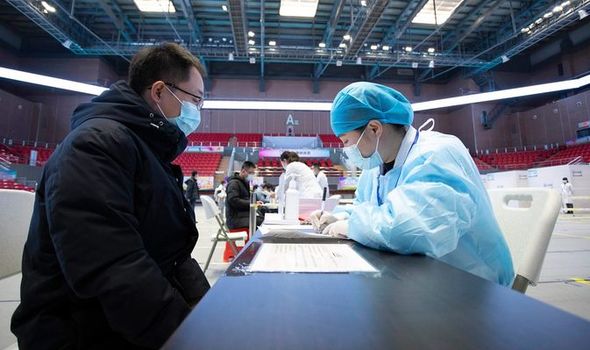 The Beijing editorial also urged the Government to “guarantee the total number of people vaccinated in China is several times higher than the number in the US”.

It adds: “The US and European societies suffered heavy losses last year, but at the same time they have developed relatively strong endurance toward the pandemic.

“If their vaccination is fast, this will promote mutual opening-up among them, which will exert pressure on countries which are slow in vaccination.” 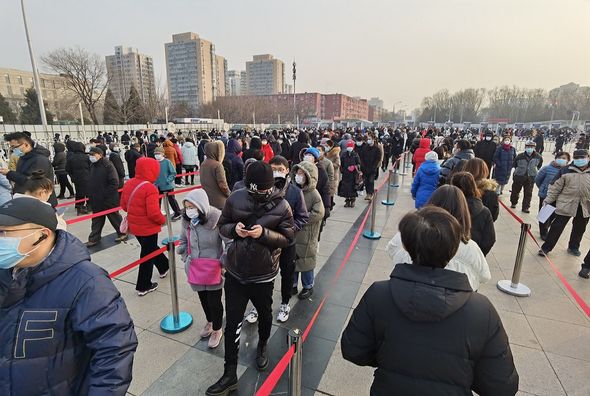 It said China must also “provide large quantities of vaccines to developing countries”.

Shao Yiming, an official at China’s Centre for Disease Control and Prevention, has told the outlet it could take two years for China to vaccinate 80 percent of its population.

Hungary this week became the first country in the EU to approve the use of a Covid-19 vaccine made in China. 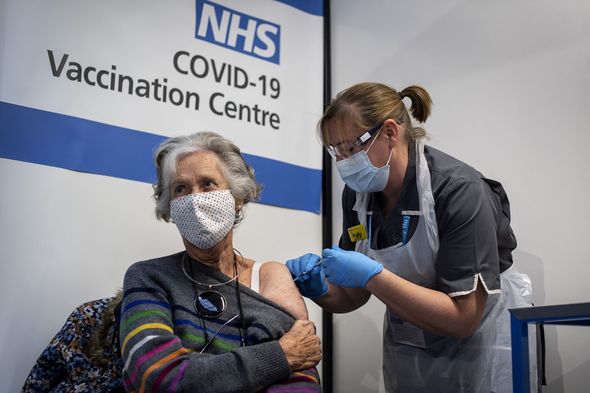 Viktor Orban, the EU nation’s Prime Minister, said he would choose to receive China’s Sinopharm Covid-19 vaccine over others.

The country is set to receive five million doses of the jab. It was also the first EU member to buy the Sputnik V vaccine, which was made in Russia.

According to Reuters, China’s two coronavirus vaccines, made by Sinopharm and Sinovac, have been sent to developing countries around the world.

Meanwhile, the UK has been urged to temporarily stop its Covid-19 vaccination programme once the vulnerable proportion of its population have been inoculated.

Margaret Harris, a spokeswoman for the World Health Organisation, told the BBC the move would help ensure other, poorer countries are able to get the vaccine supplies they need.

She said the WHO is asking counties to “ensure that the supply you’ve got access to is provided for others”.

A report commissioned by the International Chamber of Commerce Research Foundation found the world economy could lose $9.2 trillion – around £6.7 trillion – if developing countries don’t get access to vaccines, The Guardian reports.