A senior Beijing official contacted European officials and warned them it would be “very bad for cooperation” if the report, which accused China of running “a global disinformation campaign to deflect blame” for the coronavirus outbreak was released, according to sources. Four diplomatic sources told Reuters the report was set to be released on April 21 but was delayed after Chinese officials picked up on a Politico news report that previewed its findings.

An EU diplomat claimed a senior Chinese official contacted European officials in Beijing the same day to tell them that, “if the report is as described and it is released today it will be very bad for cooperation”.

The report was eventually released but with some criticism of the Chinese government reportedly rearranged or removed, a sign of the balancing act Brussels is trying to pull off as the coronavirus outbreak scrambles international relations.

According to EU diplomatic correspondence, senior Chinese foreign ministry official Yang Xiaoguang had warned that publishing the report would make Beijing “very angry” and accused European officials of trying to please “someone else” – something Brussels diplomats understood to be a reference to Washington. 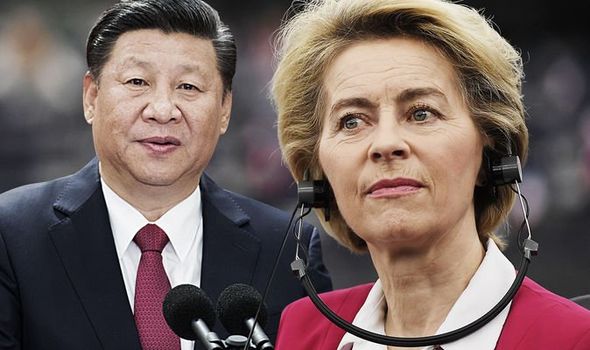 On the first page of the internal report shared with Brussels governments on April 20, the EU’s foreign policy arm said: “China has continued to run a global disinformation campaign to deflect blame for the outbreak of the pandemic and improve its international image.

“Both overt and covert tactics have been observed.”

The public summary attributed the disinformation to “state-backed sources from various governments, including Russia and – to a lesser extent – China.”

The public summary noted “significant evidence of covert Chinese operations on social media,” but the reference was left to the final six paragraphs of the document.

Another EU official said the disinformation report had been published as usual and denied any of it had been watered down.

It comes after Andreas Fulda, a senior fellow at the University of Nottingham Asia Research Institute, said nations around the world have “opened their eyes” to the “cover up” of the coronavirus outbreak by the Chinese government.

The author of ‘The Struggle for Democracy in Mainland China, Taiwan and Hong Kong: Sharp Power and Its Discontents’ said the state led by President Xi Jinping was reluctant to report the pandemic because it would reflect badly on the Communist Party. 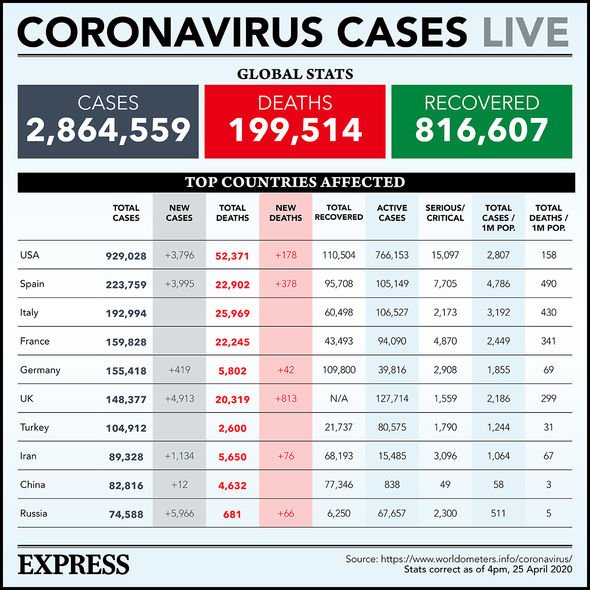 He told Express.co.uk: “I certainly think that the cover up of this COVID-19 outbreak in Wuhan in China has opened the eyes of the global public to the highly problematic political realities in mainland China.

“General Secretary Xi Jinping is a Stalinist who presides over a Leninist party state using Maoist tactics, and that obviously is not a good combination.

“We can see this combination of Stalinism, Leninism and Maoism in provinces of China where now more than 1.5 million people are actually held in internment and/or in labour camps against their will.

“Sometimes people ask me why we should care about the way China is governed.”