The military drill will take place later this month in Beibu Gulf in the South China Sea, according to Chinese Communist Party newspaper People’s Daily. It tweeted today (June 22): “China is scheduled to conduct live-fire shooting exercises in Beibu Gulf waters of the South China Sea from 7:30am on June 25 to 6pm on June 30. Entry will be prohibited, said Hainan Maritime Safety Administration.”

It comes after sources claimed a leaked recording included Chinese officials vowing to crush Taiwan in a war. The audio is of top-secret talks between military commanders.

It details invasion plans involving 140,000 troops. Lude Media released the file which purports to be a meeting of Chinese Communist Party chiefs who discuss putting parts of China on a war footing to prepare for a “final” battle to gain control of Taiwan and the South China Sea.

One speaker is quoted as saying in an English translation that China will not hesitate to start a war, “crush” Taiwan’s independence and enemy “plots”. They add: “United, we’ll be as solid as a fortress. We must ensure the supplies and the strategic victory.”

Tensions are already high in the region with China’s People’s Liberation Army (PLA) Eastern Theatre Command having conducted a live-fire military exercise in the South China Sea in May. 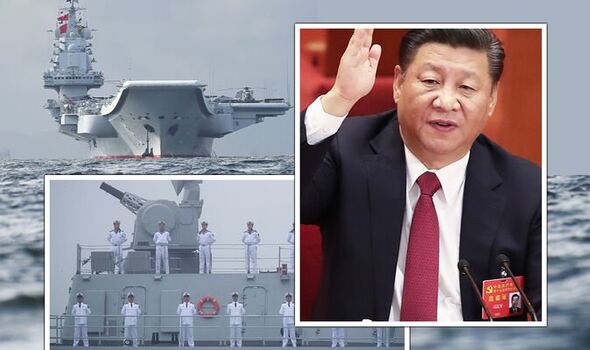 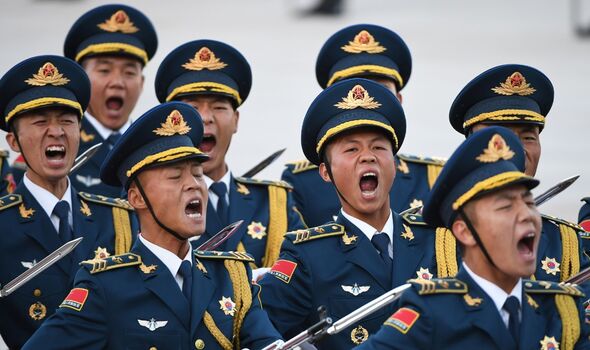 Taiwan’s defence ministry also said on Tuesday (June 21) that its air force had been scrambled to warn away 29 Chinese aircraft which entered its air defence zone. Claimed by China as its own territory, Taiwan has complained of repeated missions by Chinese warplanes, which have been a common occurrence in the past two years or so.

The incursions have often been in the southwestern part of Taiwan’s air defence identification zone, or ADIZ, close to the Pratas Islands, controlled by the democratic island. Taipei calls Beijing’s nearby military activities grey zone warfare, designed to both wear down Taiwanese forces by making them repeatedly scramble and also to test the island’s responses.

China’s latest mission included 17 fighters and six H-6 bombers as well as electronic warfare, early warning, antisubmarine and an aerial refuelling aircraft, according to Taiwan’s defence ministry. Some of the aircraft flew in an area northeast of the Pratas, a map provided by the ministry shows. 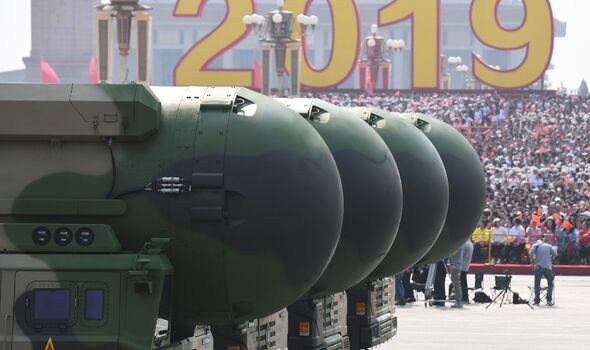 Beijing’s bombers flew into the Bashi Channel which separates Taiwan from the Philippines and into the Pacific before turning back to China. The defence ministry said Taiwan sent combat aircraft to warn them away while missile systems were deployed to monitor them.

It was the largest incursion since Taiwan reported 30 Chinese aircraft in its ADIZ on May 30. The largest to date this year was on January 23 and involved 39 aircraft.

China has said in the past that such moves were drills aimed at protecting the country’s sovereignty. A US State Department spokesperson called on Beijing to “cease its military, diplomatic, and economic pressure and intimidation against Taiwan”. 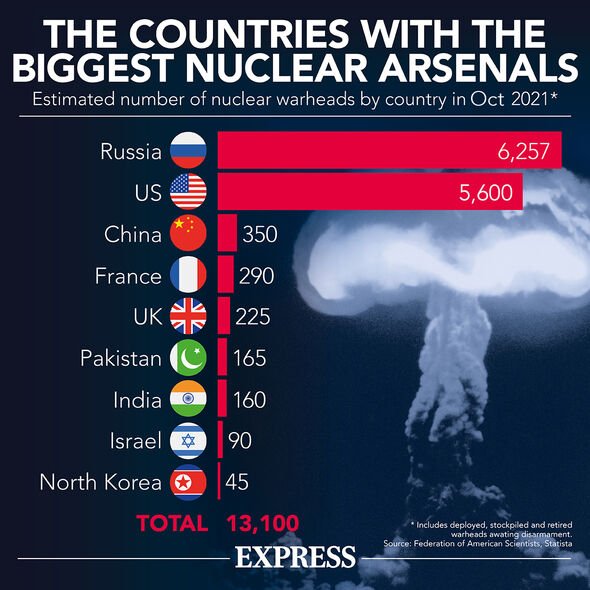 The latest incursion comes after China launched its third aircraft carrier on Friday. It is named the Fujian after the Chinese province opposite Taiwan.

China’s military said in May it had carried out an exercise around Taiwan as a solemn warning against Taipei’s “collusion” with Washington. That came after US President Joe Biden infuriated China by appearing to signal a change in a US policy of strategic ambiguity over Taiwan.

He said the United States would get involved militarily if China were to attack the island.

China has stepped up pressure on Taiwan to accept its sovereignty claims. Taipei says it wants peace, but will defend itself if it comes under attack. 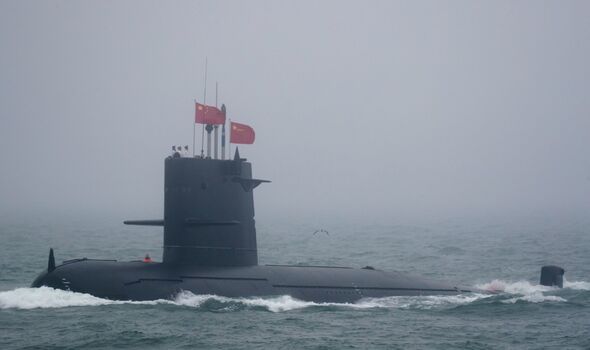 US senators introduced a bill last week aimed at significantly boosting support for Taiwan, including provisions for billions of dollars in security assistance. It would also see changes to the decades old law underpinning Washington’s unofficial ties with the Chinese-claimed democratic island.

The senators’ Taiwan Policy Act of 2022 threatens severe sanctions against China for any aggression against Taiwan. It would also provide £3.7 billion ($4.5bn) in foreign military financing over the next four years.

It would also designate Taiwan a major, non-NATO ally, according to the text. The sponsors, Senate Foreign Relations Committee chairman Bob Menendez, a Democrat, and Republican Lindsey Graham, said it would be the most comprehensive restructuring of US policy toward Taiwan since 1979’s Taiwan Relations Act.

Mr Menendez said: “As Beijing continues to seek to coerce and isolate Taiwan, there should be no doubt or ambiguity about the depth and strength of our determination to stand with the people of Taiwan and their democracy.”

He said the bill sent a clear message China should not make the same mistakes Russia made in invading Ukraine. Mr Graham said: “The danger will only grow worse if we show weakness in the face of Chinese threats and aggression toward Taiwan.”

Beijing refuses to renounce the use of force to bring Taiwan under its control. Chinese Defence Minister General Wei Fenghe said earlier this month that China’s military “would have no choice but to fight at any cost and crush any attempt of Taiwan independence.”