The US President made a chilling speech about China’s threat against Western Democracy on Friday during a visit to a military air base in Southern Virginia. Recalling past conversations the two world leaders have shared, Mr Biden opened up about his Chinese counterpart’s intentions.

He said: “I’ve spent more time with President Xi [Jinping] of China than any world leader.

“For 24 hours of private meetings, with just an interpreter, 17,000 miles traveling in China and here.

“He firmly believes that China before the year 2035 is going to own America, because autocracies can make quick decisions.

“But America is unique. And all nations in the world, we’re the only nation organized based on an idea.” 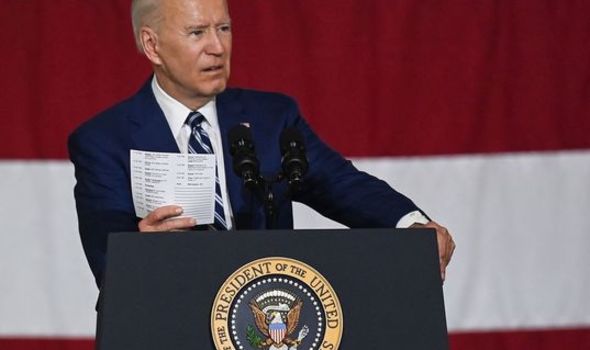 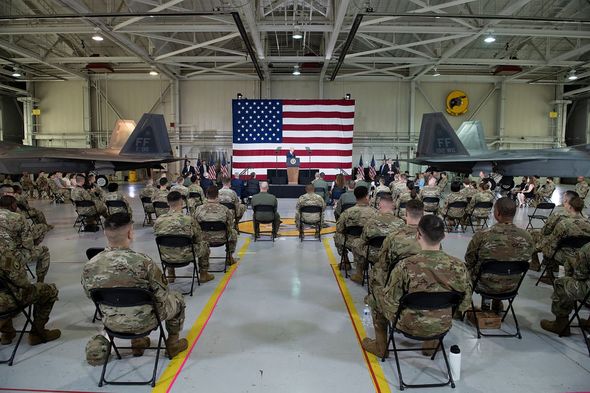 Over the course of his 23-minute-long speech, the US President did not expand on his comments as to what he meant by ‘own America’ nor did he mention China again.

Tensions between Washington and Beijing have surged in recent weeks after scientists across the world called for an investigation into the origins of the COVID-19 pandemic, with some claiming it may have leaked from the Wuhan Institute of Virology.

Mr Biden ordered numerous labs to assist the intelligence community in compiling a report within 90 days after it emerged that three researchers from the Wuhan institute were hospitalised in November 2019 just months before the outbreak.

Taking the offensive against the US President, China’s Foreign Minister, Zhao Lijian, blasted Joe Biden for the continued investigation. 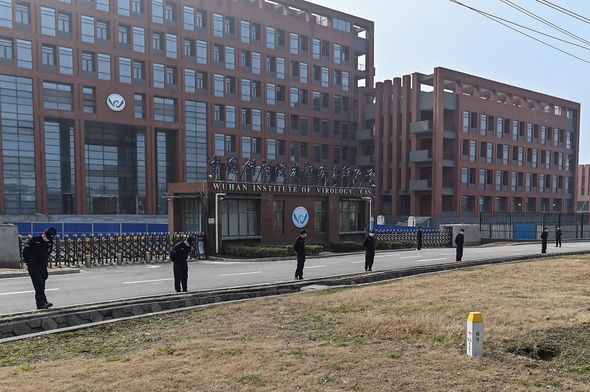 He said: “The US doesn’t care about facts or truth at all, neither is it interested in a serious scientific study on the origins.

“Its only aim is to use the pandemic for stigmatization and political manipulation to shift the blame.”

Mr Zhao demanded that US laboratories should also be investigated, adding that the US Army biomedical laboratory, Fort Detrick also contains multiple “secrets” and “owes an explanation to the world.” 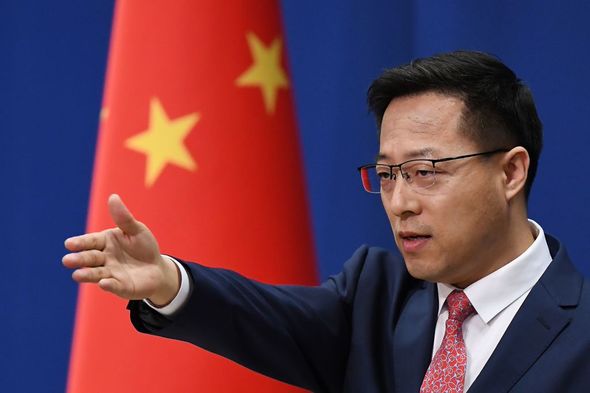 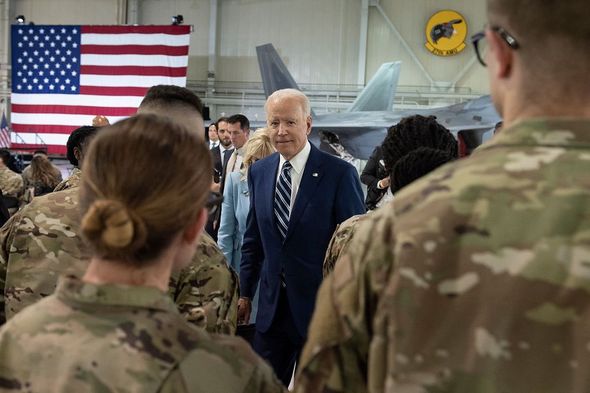 “The government is there to protect those God-given rights. No other government has been based on that notion.

“No one can defeat us except us.”