MOGADISHU (Reuters) – Somali troops clashed with a regional militia on Friday in one of the most serious outbreaks of fighting yet over political rivalries that Washington says are slowing the war against al Qaeda-linked insurgents. 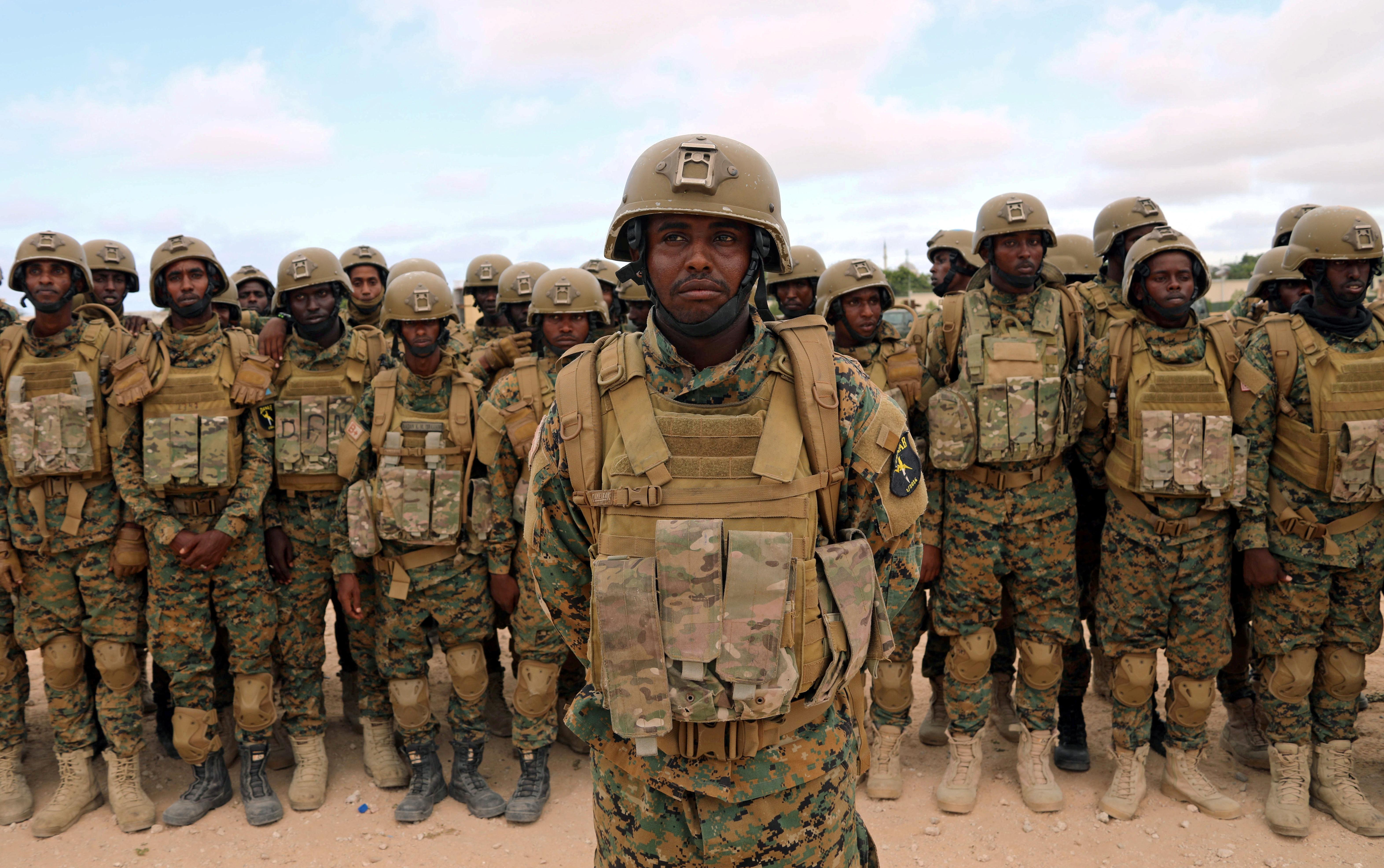 Eleven people were killed in the violence, witnesses said.

Tension spilled over on Thursday evening between the Somali National Army and the Ahlu Sunnah Wal Jama’a (ASWJ) militia, a group of moderate Sufi Muslims which has played a key role in the fight against the al Qaeda-linked al Shabaab insurgency.

One resident said government forces had attacked a house where prominent ASWJ leaders live, and the two sides were fighting with mortars and anti-aircraft guns in the city center.

“After 11 years of peace, Dhusamareb city today is hell,” Halima Farah told Reuters by phone, adding that she and her four children were cowering inside their flimsy house. “We are holding our children’s hands but we have no way out.”

Al Shabaab has been fighting the internationally-recognized Somali government since 2008. The militants have also attacked American military bases as well as bars, hotels, a shopping mall and a university in Kenya and Uganda. Two years ago, an al Shabaab truck bomb in Mogadishu killed around 500 civilians.

“The operation has stalled,” Rodney Hunter, the U.S. political coordinator to the United Nations, told the Security Council this week. “It is imperative that federal government and federal member states’ security services focus on combating al-Shabaab, rather than engaging in armed conflict with each other to resolve political disputes.”

Competition for political control and international security funds lie at the heart of the conflict.

Some regional states accuse the government of meddling in local elections to entrench allies ahead of national elections scheduled for this year. They also want a larger slice of the hundreds of millions of dollars that foreign donors spend annually on Somali security forces.

The federal government wants to keep control of those funds, saying it fears the balkanization of the country, and accuses some state authorities of behaving like warlords.

Tensions were high between Mogadishu and regional authorities in Kismayo during elections in Jubbaland, along the Kenyan border, in August. There was a small clash in neighboring Gedo earlier this year, and what Hunter described as a “politically motivated offensive … that diverts resources” from fighting al Shabaab.

Galmudug, scene of the latest fighting, has three rival politicians all claiming to be its leader. Ahmed Abdi Kariye, who is backed by the federal government, said ASWJ forces had started the fighting by firing on a checkpoint.

ASWJ leaders said the first provocation came from the government.

“We sacrificed our wealth and lives to liberate these areas from the terrorist al Shabaab… (but) the Somali government forces openly attacked Inji house, which is a home for ASWJ leaders,” ASWJ leader Sheikh Mohamed Shakir Ali Hassan, who also says he is leader of the state, said late Thursday.

“We have one enemy and that is al Shabaab. Let’s jointly fight the terrorists.”

Omar Mahmood, an analyst from the Brussels-based International Crisis Group, said the power struggles were likely to continue.

“I’m not optimistic,” he said.