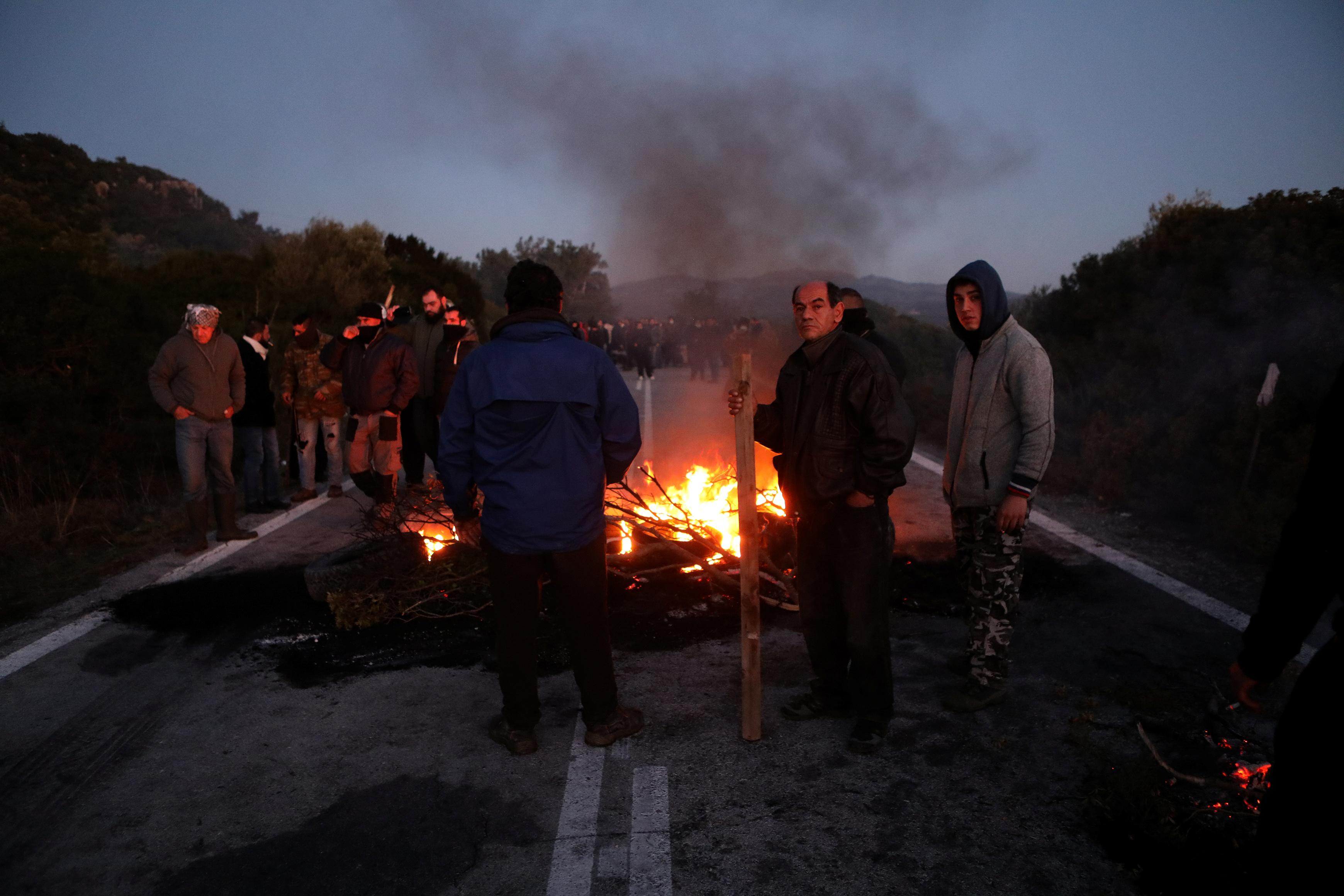 ATHENS (Reuters) – Clashes broke out on the Greek island of Lesbos early on Tuesday between police and residents protesting the construction of a migrant detention centre, witnesses and police said.

Witnesses said about 500 people attempted to block the unloading of heavy machinery accompanied by police reinforcements at a port ahead of construction on the Aegean island. Clashes on the streets followed, with residents then attempting to block access to the construction site.

The site on Lesbos will be a closed camp that tighly controls access and will replace a current open-access camp at Moria, which is a sprawling facility built for less than 3,000 people that is now accommodating more than 18,000 asylum seekers.

Greek authorities plan to construct closed detention facilities on Lesbos, Chios, Samos, Kos and Leros islands. The islands are close to Turkey, from where thousands of asylum seekers head to Europe each year.

Hundreds of thousands of people crossed into Europe from Turkey via Greece in 2015 and 2016 before a deal brokered by the European Union limited the flow. But there has been a resurgence in arrivals since around September 2019.