Forecasters are warning of an influx of cold weather from Wednesday, as the mercury looks set to plunge below freezing. According to WXCharts, average temperatures across Britain will drop to 1C tomorrow, down from 6C on Tuesday. Scotland will bear the brunt of the cold weather with temperatures as low as -2C and a wind chill of -8C.

The drop in temperature will be amplified by gusts of wind, which will make it seem considerably colder.

Much of Britain will wake up to a wind chill of -4C tomorrow, which will improve as the day goes on.

Scotland, the north of England and the midlands will be particularly affected, according to the forecasters.

Graphs for Thursday from WXCharts suggests temperatures will slightly improve, before dropping again from 3pm. 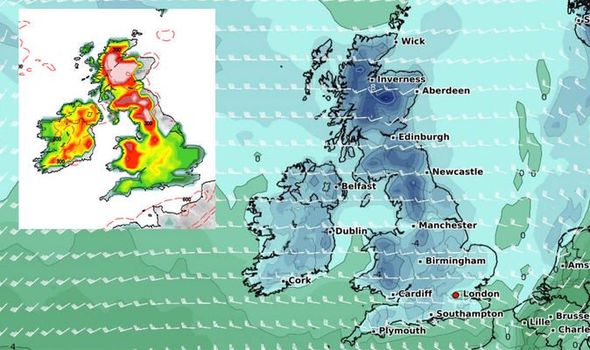 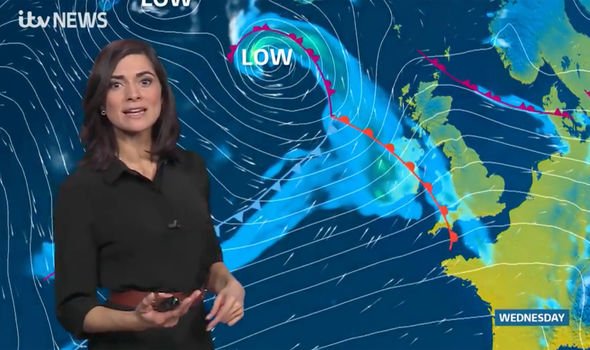 Temperatures will fall from an average of 6C to 3C, with the wind chill dropping to -4C.

The wind chill will be especially prominent in the north of the UK and east of Ireland, with temperatures as low as -8C.

She said: “A colder night as temperatures slide. 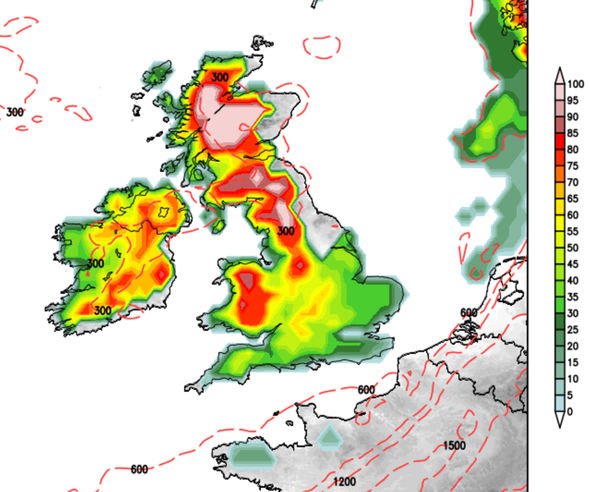 “Frost as well as some ice with yet more rain expected in the next 24 to 48 hours exacerbating the flood risk where we already have saturated, waterlogged ground.”

Ms Verasamy added there will be a “cold, clear, crisp start” to tomorrow for many northern and eastern counties.

The forecaster said that colder air will continue to travel across the UK throughout the week.

Risk of snow is also set to increase from Thursday morning, with Netweather predicting a 100 percent chance of snow across much of northern Scotland from 9am. 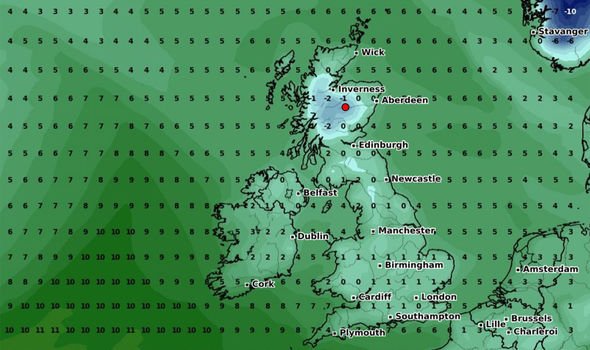 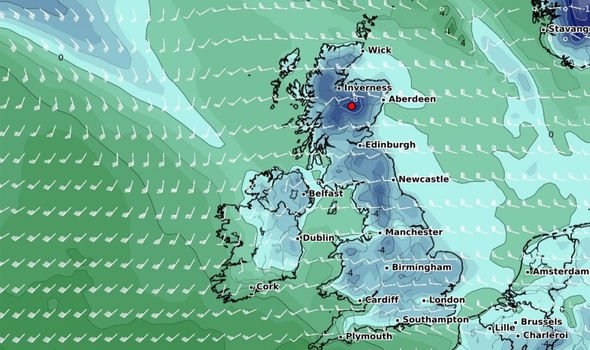 The north of England and parts of Ireland and Northern Ireland also have a high likelihood of snowfall.

As the day continues, the risk of snowfall moves further south.

By 12pm, Wales and the midlands have over a 75 percent risk of snow, according to the forecasters. 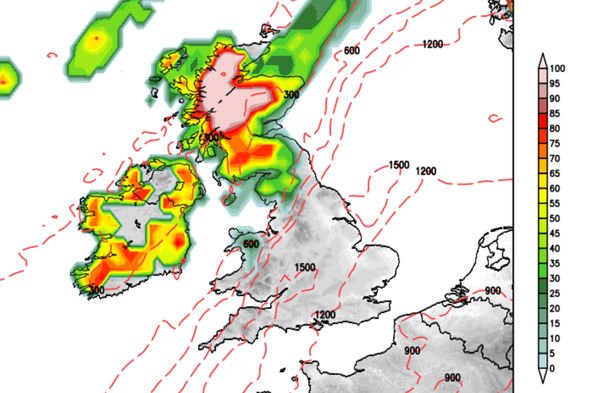 London looks set to avoid snowfall though, as Netweather has a zero percent risk for the capital.

By Friday the chances of snowfall appear to subside, with just a scattering of snow predicted over Scotland.

But the battering of cold weather is set to return next week, with temperatures as low as -6C.

Graphs for February 28 from WXCharts also show snowfall could reach a high of 50cm (19.6 inches) in Scotland.

Snowfall and plummeting temperatures is forecast to continue into March, with snow expected as far south as Hertfordshire and Essex on March 1.