MADRID (Reuters) – In a usually bustling Madrid street popular with the city’s growing Chinese community, 14 of 17 Chinese-owned shops were closed on Wednesday, their shutters pulled down or notes stuck to window fronts saying the owners were away. 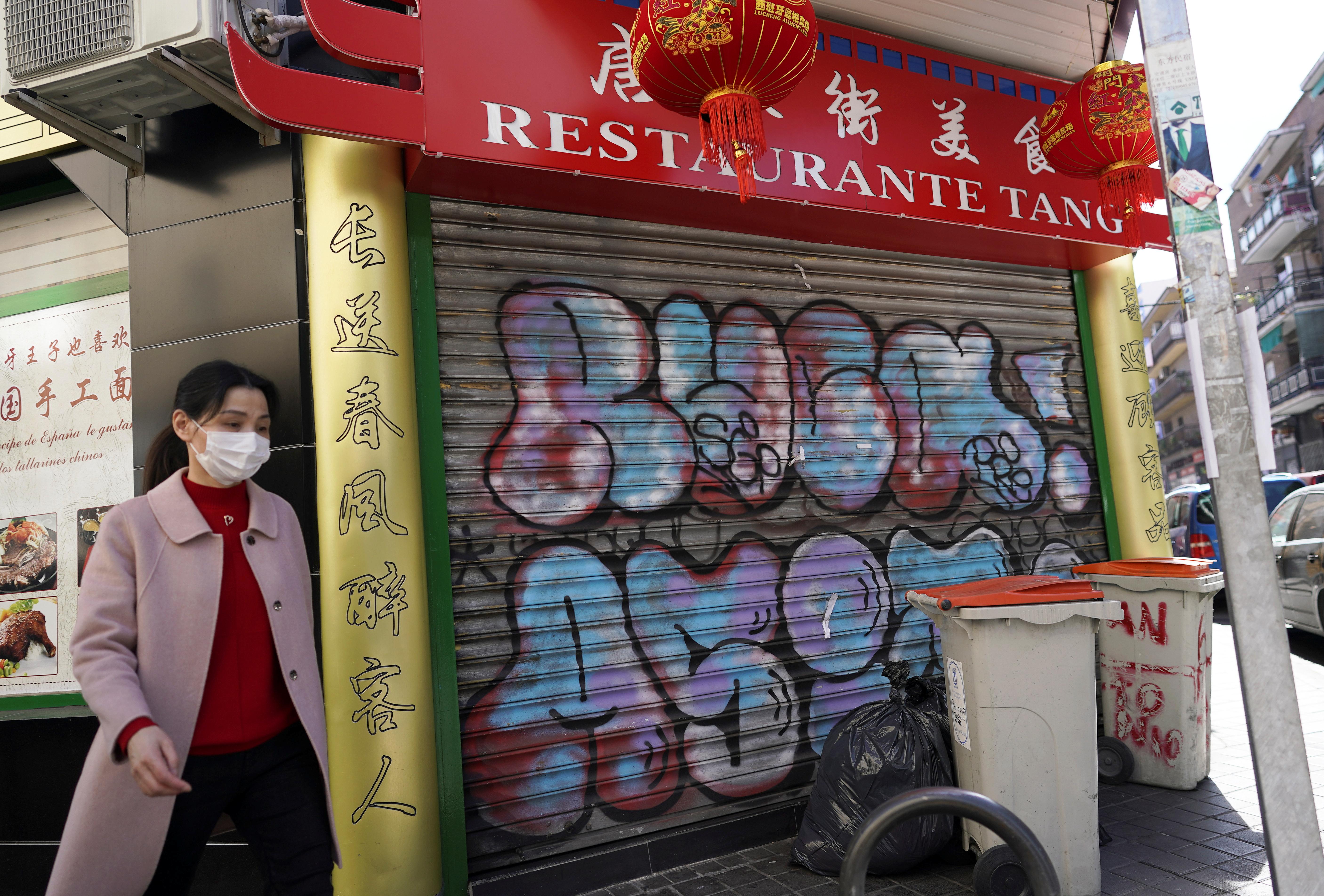 “I wanted to close as well but I’m staying open because people need masks, disinfectant and wipes,” said Luna, 40, who works in one of the few Chinese stores still open.

“When my stock runs out, I’m closing,” added Luna, who stopped taking her two-year-old daughter with her to the shop for fear she could be infected by the coronavirus.

Talking through a face mask, she wiped the counter clean with an alcohol spray.

Across the Usera neighborhood and elsewhere in Madrid, many Chinese shop owners have either closed or said they were considering doing so. Most other stores across the city were still open despite a steep rise in coronavirus cases in Spain.

“It’s to protect clients and our workers too,” said 29-year-old Aurora Li, the Chinese owner of a cosmetics shop, when asked why so many Chinese-owned stores were shutting.

Li said her parents, who also live in Spain, were thinking about going back to China, the country where the coronavirus first appeared but where the number of new cases has slowed following drastic measures to contain the outbreak.

With over 2,100 confirmed cases and 47 deaths so far, Spain has overtaken France as Europe’s second-largest coronavirus hub after Italy.

It started taking measures such as shutting down some schools and public libraries this week. Half of the nation’s confirmed cases occurred in Madrid.

The government says it wasn’t slow to react and has pledged to do “whatever is necessary” to tackle the outbreak.

Graphic designer Lily Lee, 23, is under family pressure to leave Spain for China, which has reported over 80,000 coronavirus cases.

“My family is in China, and my parents worry for me all alone here,” Lee said through a thick grey felt mask. “They keep telling me to come home.”

Lee noted that many people in her community were unsure when to reopen their businesses and some had sent relatives back to China. If the situation gets as bad as in Italy, she will close up too.