Home » World News » Coronavirus: Hundreds die in Iran after wrongly being advised to drink methanol as a cure

According to Iranian news reports, more than 1,000 people have fallen ill with alcohol poisoning after ingesting the substance. Consuming alcohol in banned across the Islamic republic.

The news comes as 144 coronavirus-related deaths were confirmed in the country on Friday. The new number takes the death toll to 2,378, with a total of more than 32,300 infected after 2,926 new cases were also confirmed.

A number of fake remedies were spread on social media channels after the country was overwhelmed with he increasing rate of infections and deaths.

Dr. Knut Erik Hovda, a clinical toxicologist in Oslo who studies methanol poisoning said: “The virus is spreading and people are just dying off, and I think they are even less aware of the fact that there are other dangers around.”

“When they keep drinking this, there’s going to be more people poisoned.” 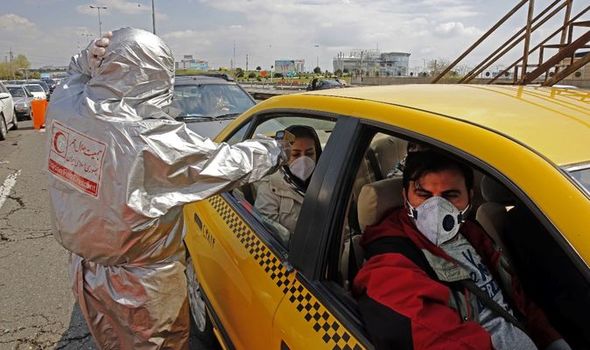 Iranian social media accounts claimed a British school teacher as well as others cure themselves by drinking with whiskey and honey, based on a tabloid report from early February.

There is currently no known cure for Covid-19, although research is ongoing.

Iran currently has the highest rate coronavirus infections and deaths in the Middle East.

The Islamic Republic has confirmed more than 29,000 cases and over 2,200 deaths from the virus. 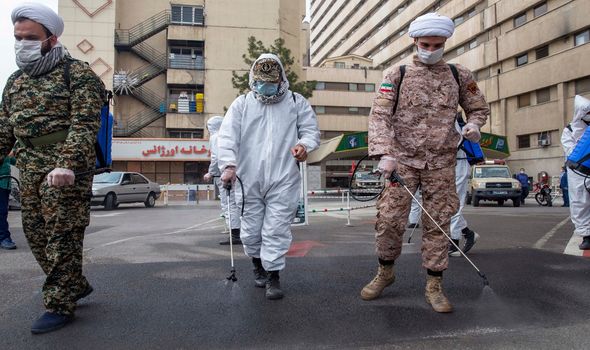 International experts fear Iran could be under-reporting the crisis, as official reports played down the reports ahead of the country’s parliamentary election.

The cases of alcohol poisoning were mainly found in Iran’s southwestern Khuzestan province and its southern city of Shiraz.

The clips also show an intubated 5-year-old boy who was blinded from the alcohol poisoning. 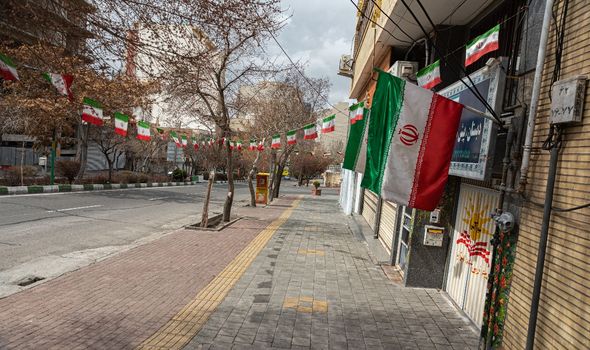 Iranian media also reported cases in the cities of Karaj and Yazd.

Manufacturers of toxic methanol have been mandated to add artificial colouring to their products so the public can distinguish it from ethanol, the kind of alcohol that can be used to disinfect wounds.

Ethanol is also the type of alcohol found in alcoholic drinks, but its production is illegal in Iran.

Bootlegger manufacturers in Iran use methanol and add a splash of bleach to conceal the colorant.

Methanol can also be present in traditionally fermented alcohol. 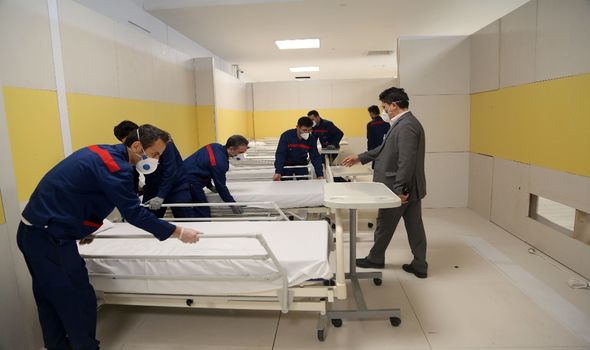 The dangerous substance can cause delayed organ and brain damage.

Symptoms of methanol poisoning include nausea, chest pain, hyperventilation, and even blindness and coma.

Dr. Javad Amini Saman said: “It is rumored that alcohol can wash and sanitize the digestive system.

“That is very wrong.”

Methanol poisoning has already proved fatal in Iran, having sickened 768 people and killed 76 between September and October 2018 alone.