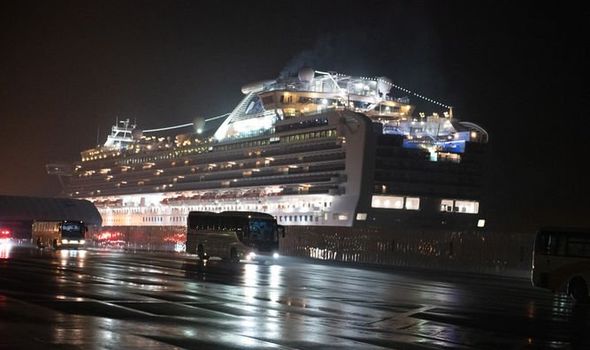 Passengers on board the Japanese Diamond Princess cruise ship have been met with major relief after the Foreign and Commonwealth Office announced they are ”working to organise” a flight back to the UK.

More than 70 UK nationals stuck onboard a Japan cruise ship infected by the Coronavirus will be evacuated.

The Foreign and Commonwealth Office confirmed this morning that it is “working to organise” a flight back to the UK for British nationals.

A Number 10 spokesman announced that Brits currently quarantined on board the Diamond Princess, were being contacted about the possibility of a repatriation flight in a statement yesterday.

The news comes after a British citizen trapped onboard the vessel spoke out, saying they felt ‘forgotten’ by the UK Government.