In South Korea, there have been 60 new infections in the past day, bringing the total to 900, the biggest number outside China. Coronavirus, formally called COVID-19, has so far claimed seven lives in Italy and infected 231. Much of Europe and the US are seen as being in a good position to prepare for an epidemic, compared to countries in Africa and North Korea which would struggle to contain such a disease. 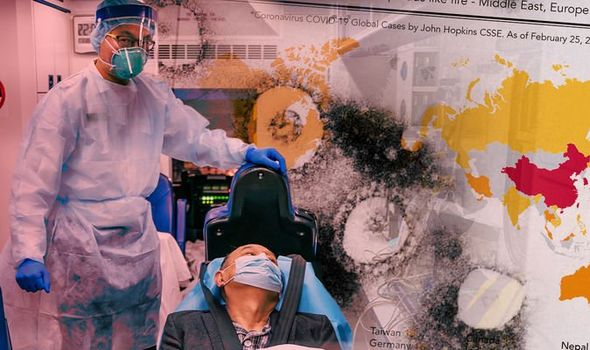 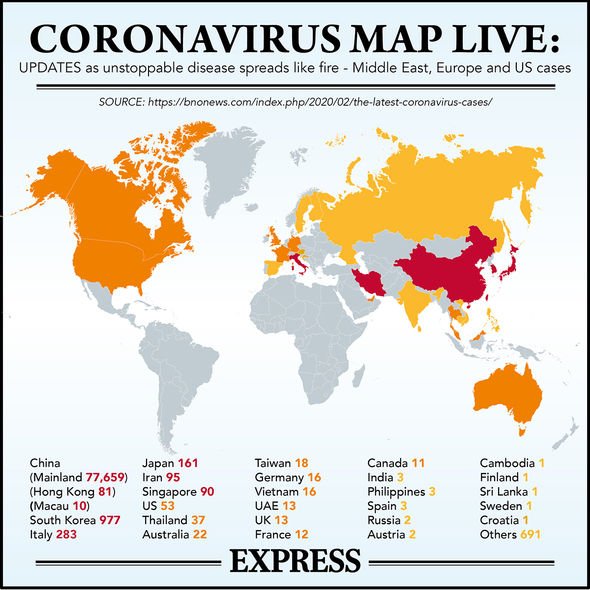 Shares have slumped across the world due to fears because of the outbreak.

It is thought that the virus began at a market in the city of Wuhan in China, which was selling animals.

The Chinese government has now announced a ban on the consumption of wild animals and a ban on the hunting, transportation and trade of prohibited species.

8:24am update: Health Secretary Matt Hancock has said people returning to the UK from any areas quarantined by the Italian government should self-isolate

Speaking on BBC Breakfast on Tuesday, Hancock said: “Yes, the official advice which will be formally updated at 8am is going to change so that those who have been to northern Italy – north of Pisa – if they have flu-like symptoms should self-isolate.

“If people have been to the affected areas that the Italian government have quarantined then they should self-isolate whether or not they have symptoms.” 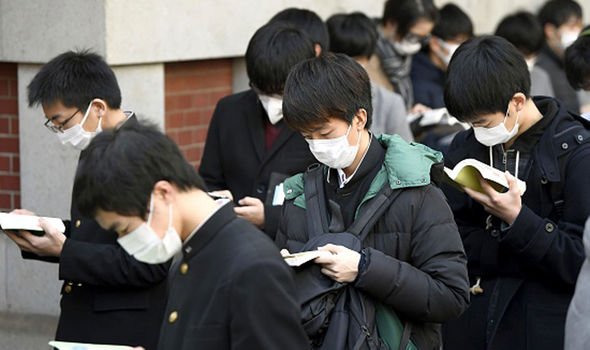 7:33am update: World Health Organisation (WHO) says the world needs to prepare for a pandemic

WHO chief Tedros Adhanom Ghebreyesus told reporters on Monday that the number of new cases in recent days in Iran, Italy and South Korea was “deeply concerning”.

“Does this virus have pandemic potential? Absolutely, it has. Are we there yet? From our assessment, not yet.”