The coronavirus pandemic left no stone unturned when it made its way through the human population, reaching even the furthest and most isolated corners of the globe. More than 180 million confirmed cases have been reported globally, though the actual number is certainly much, might higher, while around 3.9 million deaths have been recorded as caused by the virus.

Which areas in the world have the worst numbers now?

The nations with the worst numbers have ebbed and flowed as the pandemic progressed.

For a time, the UK had the highest numbers, then it was the US, and recently India, among other hard-hit nations.

Here is a look at how countries around the world are faring. All data is from Johns Hopkins University and Our World in Data. 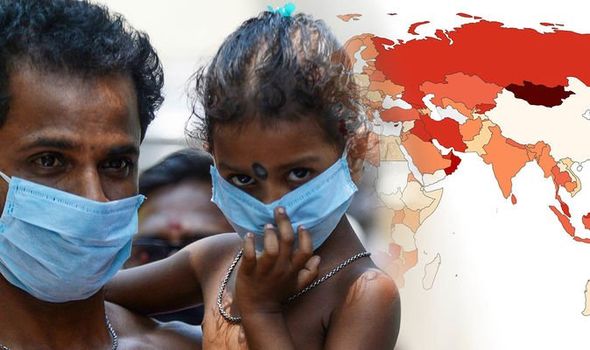 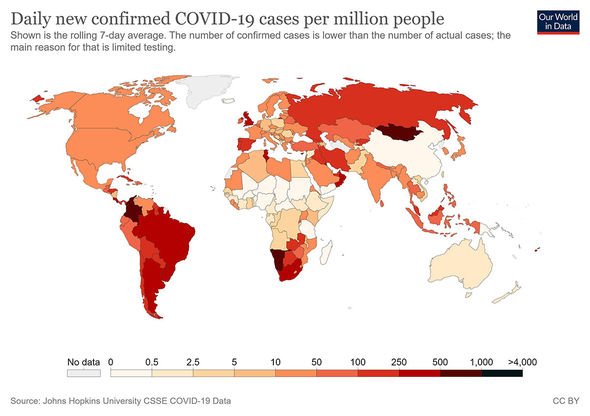 Currently, the country with the highest recorded number of new cases over the past 14 days is Brazil, with 928,533 cases and 24,373 deaths in the past two weeks alone.

Less frequently reported but also in the grips of a major wave of the virus is Colombia, with 411,103 cases and 8,984 deaths in the past two weeks. 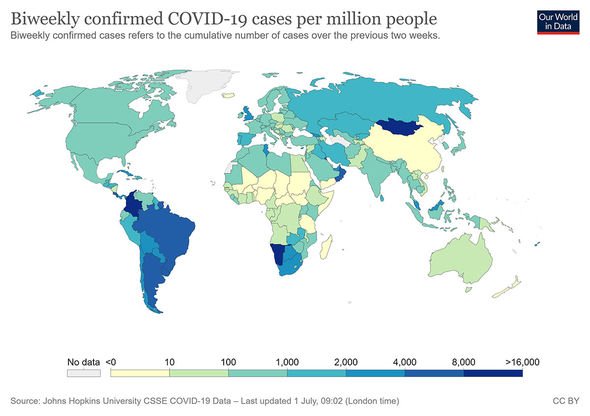 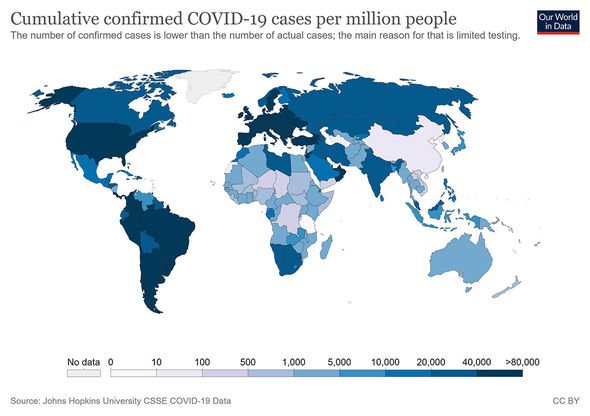 On the African continent, South Africa has been the hardest hit and is currently weathering a brutal third wave, with 199,660 new cases and 2,424 deaths in the past two weeks.

England has consistently had the worst numbers in the UK, and the recent reporting period is no different, with 172,515 new cases in the past two weeks and 179 deaths.

However, the UK’s successful vaccine rollout is starting to show signs of breaking the link between the virus and deaths.

Which countries have the best vaccine rollouts?

Several coronavirus vaccines have been approved for use, either by individual countries or groups of countries, such as the European Union and the World Health Organisation (WHO).

Of the 193 countries and territories administering vaccines and publishing rollout data, 67 are high-income nations, 101 are middle-income and 25 low-income.

Overall, China and the US have given the most doses, with more than 1.1 billion and 322 million respectively, while India has administered 314 million so far. 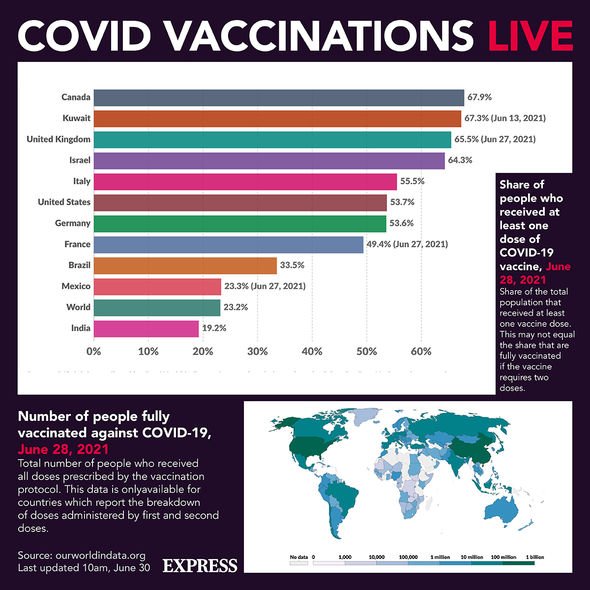 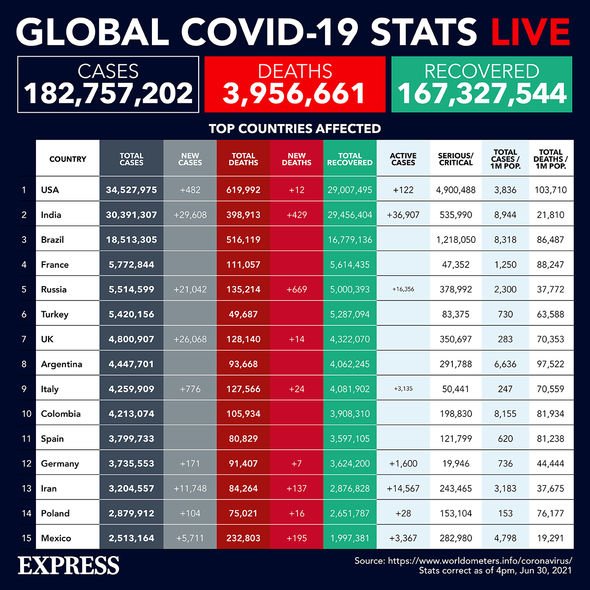 But when breaking the figures down by doses per 100 people in countries with a population of at least one million, the United Arab Emirates, Israel and Bahrain top the list.

Most countries are prioritising the over-60s, health workers and people who are clinically vulnerable.

Some countries have secured more vaccine doses than their populations need.

Other lower-income countries are relying on a global plan known as Covax, which is seeking to ensure everyone in the world has access to a vaccine.

Leaders of the G7 countries have pledged to supply one billion vaccine doses to poorer countries, either directly or through the Covax scheme.