Two US government-chartered planes carrying American citizens from the quarantined cruise ship Diamond Princess left Japan in the early hours of this morning. The aircraft is reported to have departed Tokyo’s Haneda Airport.

Four hundred Americans on board the Diamond Princess cruise ship have been in quarantine since February 3 due to the outbreak of the coronavirus onboard.

The virus, believed to have originally started in Wuhan, struck 40 US citizens, who are currently being treated in Japan.

The Diamond Princess has been quarantined in Japan’s port of Yokohama for two weeks, with 3,700 passengers and crew on board.

The ship was held at the port following the discovery of a man – who disembarked in Hong Kong – was found to have the virus. 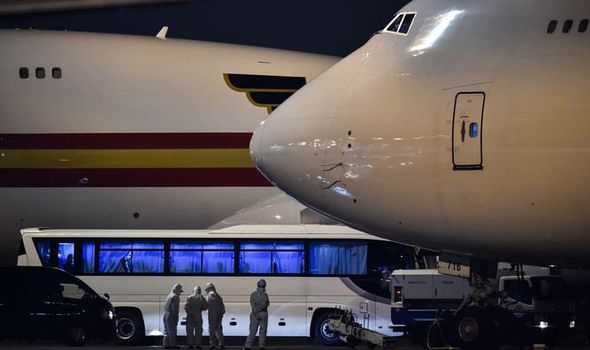 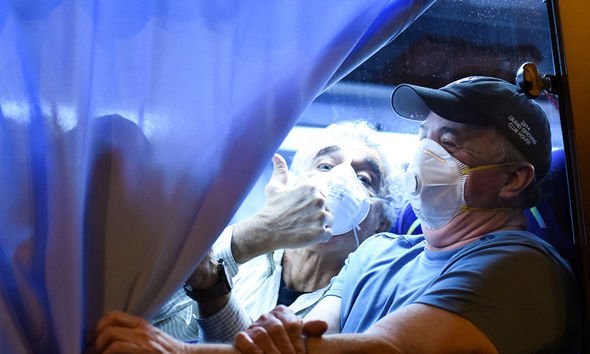 The ship is reported to have the largest cluster of coronavirus cases outside China.

The Japanese authorities on Sunday said the number of new cases on board the ship had risen by 70 to 355.

Dr Anthony Fauci, Director of the National Institute of Allergy and Infectious Diseases told Face the Nation on CBS the Americans who are infected will receive medical treatment in Japan.

Those entering the US will then undergo a further 14-day quarantine.

JUST IN: Michelle Obama snub: Why she WON’T follow daughters on social media 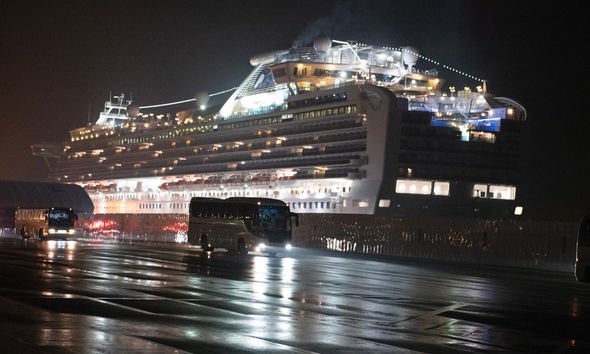 However, not all the Americans on board the Diamond Princess chose to be evacuated.

Some of the Americans have declined the offer, choosing to wait until the ship quarantine comes to an end on February 19.

Passenger Matt Smith, a lawyer, tweeted his reasons for remaining on the ship, saying he would not want to travel on a bus to the plane with possibly infected people.

He wrote: “We would like to just finish the quarantine on the ship as planned, decompress in a non-quarantine environment in Japan for a few days, then fly back to the U.S. pursuant to our own arrangements. What’s wrong with that?” 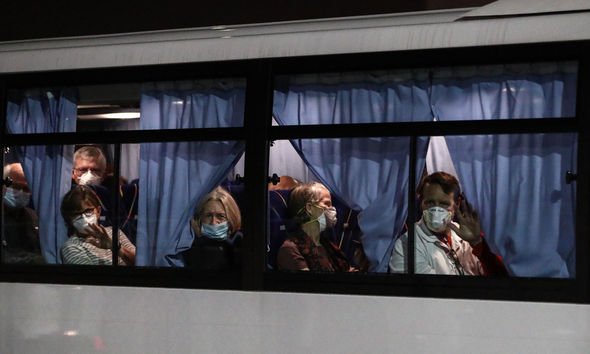 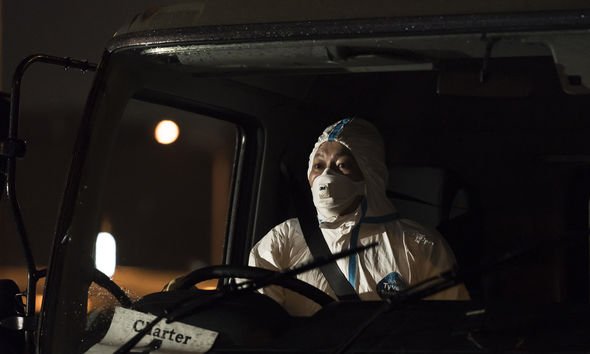 However, firm plans are yet to be in place for Australian citizens.

The Australian government is currently working on a plan to evacuate its citizens off the Diamond Princess cruise ship, the Guardian reports.

The ship, carrying more than 3,700 passengers and crew, and 355 people have tested positive for coronavirus, including 16 Australians. 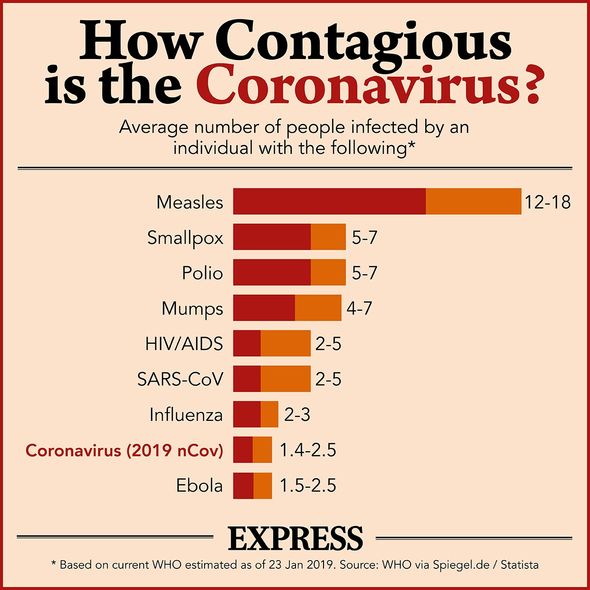 Nearly 200 Australians are on board in total.

The committee are set to meet again on Monday afternoon to formalise a firm plan to evacuate their citizens from the ship.

The news comes as The daily national figures for China have officially been announced tonight. 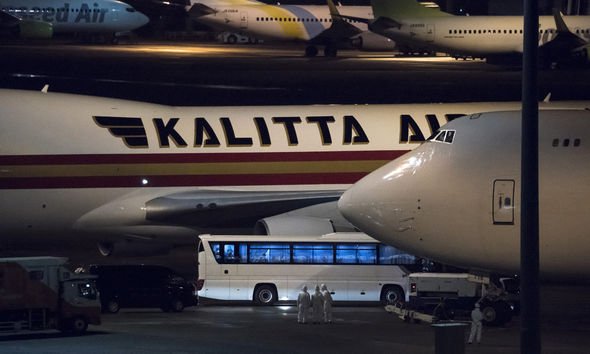 The total number of confirmed cases have risen to 70,548.

Total deaths now stand at 1,770, following the news 105 more deaths were reported in the past 24 hours.

Only five of the deaths recorded were reported outside of Hubei province.

This is yet another worrying surge in cases for the Hubei province.