None of at least 86 opposition figures in jail among those released, advocates say. 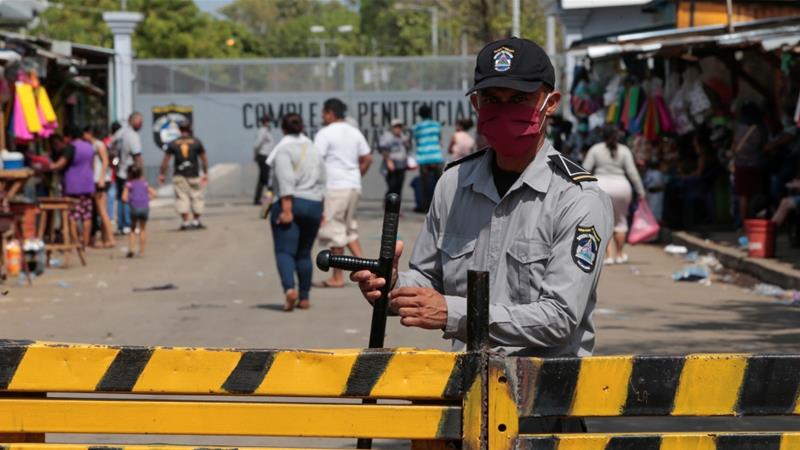 Nicaragua has moved more than 2,800 prisoners to house arrest to contain the spread of the coronavirus pandemic.

However, advocates said there were no political prisoners as part of Wednesday’s release.

Authorities jailed at least 86 opposition figures and supporters of rights groups under the government of Daniel Ortega – a former rebel hero whose most recent term in power started in 2007 and who is now accused of running a repressive dictatorship.

Many of those prisoners were arrested during the 2018 protests against Ortega that rights groups said left 300 people dead.

None of those prisoners was among the 2,815 the interior ministry said had been released from Nicaragua’s prisons, defence lawyer Yonarki Martinez told the AFP news agency.

“It’s obvious that there’s no respect for human rights and the health of those denied their freedom,” Martinez said.

The Inter-American Commission on Human Rights called for the “immediate liberation” of the country’s political prisoners.

Martinez said some of those opposition figures had symptoms of COVID-19, including fever and breathing difficulties, but had not received medical attention.

According to official data, Nicaragua has recorded only 16 coronavirus cases and five deaths.

But civil society groups say there have been at least 780 suspected cases that have been treated or recorded as pneumonia. The government denies the claims.