Home » World News » Coronavirus: One leader looks hell-bent on turning COVID-19 into a catastrophe for his country

If Belarus was already in the grip of a public health crisis, its president looks hell-bent on turning COVID-19 into a catastrophe for the country.

In defiance of the World Health Organisation’s advice, Belarus went ahead with its military parade on Saturday to commemorate the allied victory over Nazi Germany in 1945 – despite the coronavirus pandemic.

Thousands of soldiers marched past stands filled with onlookers. Children and military veterans sat side by side in the Minsk sunshine with very little care for social distancing and only a few wearing masks. 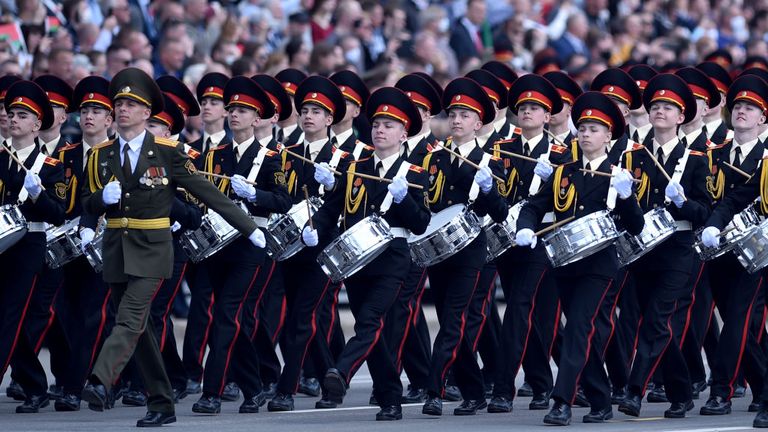 Dressed in military attire and shaking hands with all he met, President Alexander Lukashenko told the crowds he had no choice but to hold the parade.

“There will be people who will condemn us,” he said.

“Do not rush to draw conclusions, let alone condemn us, the heirs of the victory, the Belarusians. We simply could not act differently.”

Most other nations have acted very differently.

Belarus’s large neighbour to the east, Russia, held a muted version of the 75th anniversary commemoration which President Vladimir Putin had hoped to make a key fixture of his 20th year in power.

He laid a wreath at the Tomb of the Unknown Soldier and promised the nation that the parade would take place at a later date, though he gave no indication as to when that might be possible. 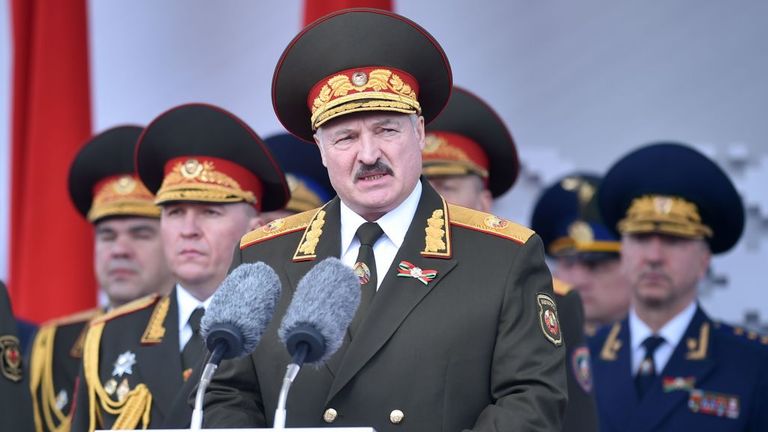 “We are united by common memory and common hopes, our shared aspirations, our responsibility for the present and the future,” he said.

“We firmly believe that we are invincible when we are together.”

Even that figure may be an underestimate. 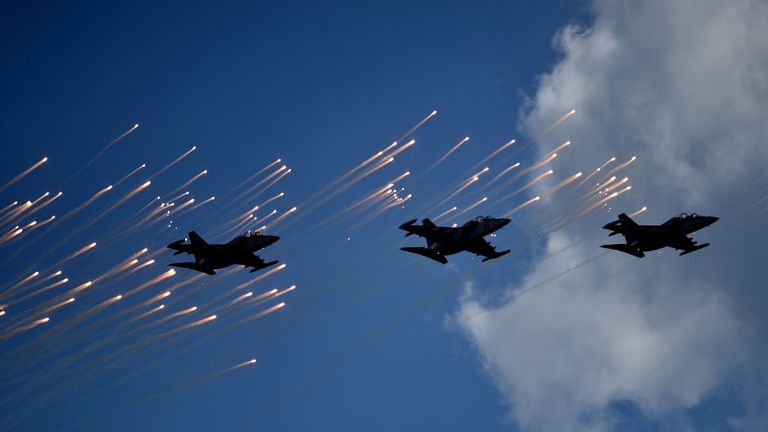 In an unusually frank admission from a Russian politician, Sergei Sobyanin, Moscow’s mayor and head of the country’s COVID-19 task force, said earlier in the week he thought the numbers in Moscow alone were closer to 300,000.

Belarus has a far lower caseload – a little over 21,000 – but it is higher than its Eastern European neighbours and it is spreading fast.

President Lukashenko has made defying COVID-19’s convention a point of principle, refusing to place the country under lockdown and actively encouraging the public to take part in communal events.

Sporting activities have continued and the president has appeared to take pride in dismissing the threat COVID-19 represents, calling other countries’ response a “psychosis” and suggesting vodka or saunas are effective counter-measures.

The picture emerging from the country’s hospitals is of a healthcare system under immense strain. 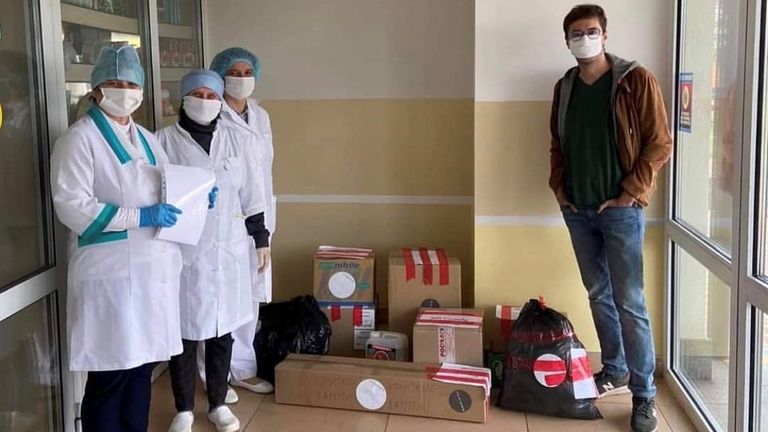 Volunteers from an organisation called ByCovid19 have been supplying healthcare workers across the country with the equipment the government is failing to provide them with.

In a little over a month they have received more than 2,000 requests from almost every healthcare facility in the country. The volunteers say morale amongst medics is worryingly low.

“One can’t say that the state authorities don’t do anything. They do,” said Andrei Tkachev who is co-ordinating ByCovid19’s response.

“Unfortunately, the state is riddled in bureaucracy and is very slow in its actions.

“Ordinary doctors’ salaries are very small, they cannot be compared to those of doctors in civilised countries.

“Regretfully, they are quite depressed and many of them are thinking of quitting.

“Because they put their lives at risk while not having protective means and getting paid pennies for that means many doctors refuse to work.” 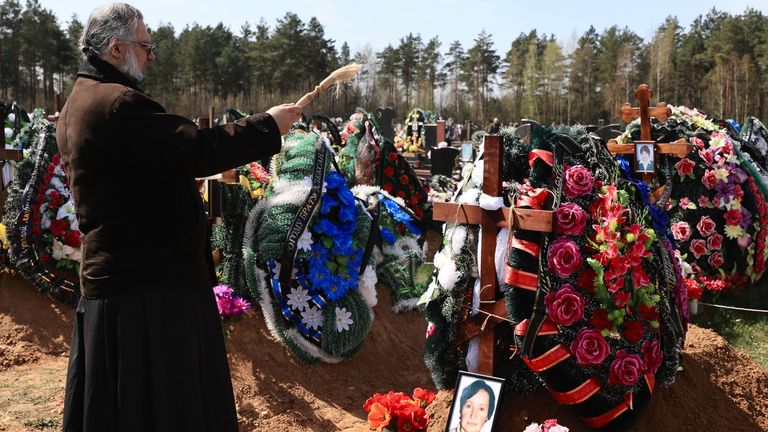 The official COVID-19 death toll in Belarus is low at 126.

In Russia too, the ratio of deaths to cases is unusually low – 198,676 cases to 1,827 deaths – which begs the question whether the toll in either country stands up to scrutiny.

These are both ex-Soviet bureaucracies where ugly truths tend to be suppressed.

President Putin’s approach though has been one of caution, with the lockdown regime in Moscow set to continue until at least the end of May and with strict controls through other Russian regions too.