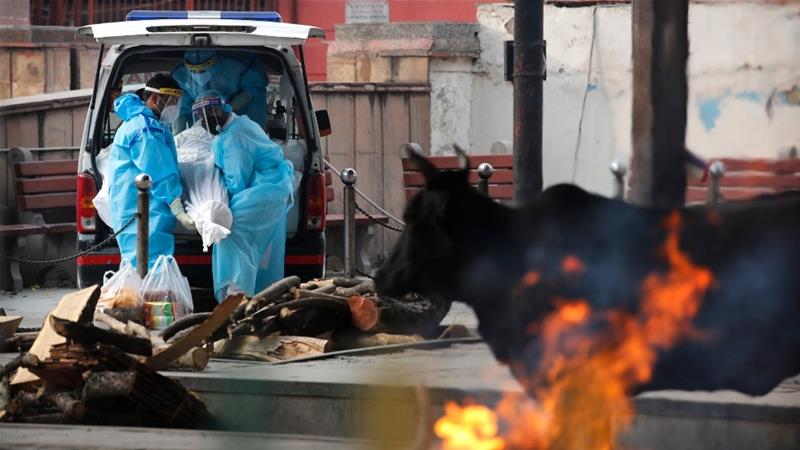 As deaths caused by the novel coronavirus disease continue to mount, India’s top court has expressed outrage over the way the patients are being handled by the hospitals and authorities.

“COVID-19 patients are [being] treated worse than animals,” said the Supreme Court, as it issued notices to the federal and state governments on the “deplorable condition”, Indian media reports said on Friday.

“In one case, a body was found in the garbage,” said the court. “Patients are dying and nobody is there to even attend to them.”

Shameful , appalling visuals from Balrampur . The body of 42 year old Mohd Anwar , who collapsed and died outside a govt office yesterday , dumped in a garbage van in the presence of @balrampurpolice and taken away …. pic.twitter.com/N5DCwe0QC9

On Friday, India reported a jump of 10,956 new coronavirus cases and 396 deaths in 24 hours – the highest single day increase so far.

The country’s nationwide caseload has overtaken Britain to became the fourth highest in the world with 297,535 confirmed cases and 8,498 deaths, according to the health ministry. 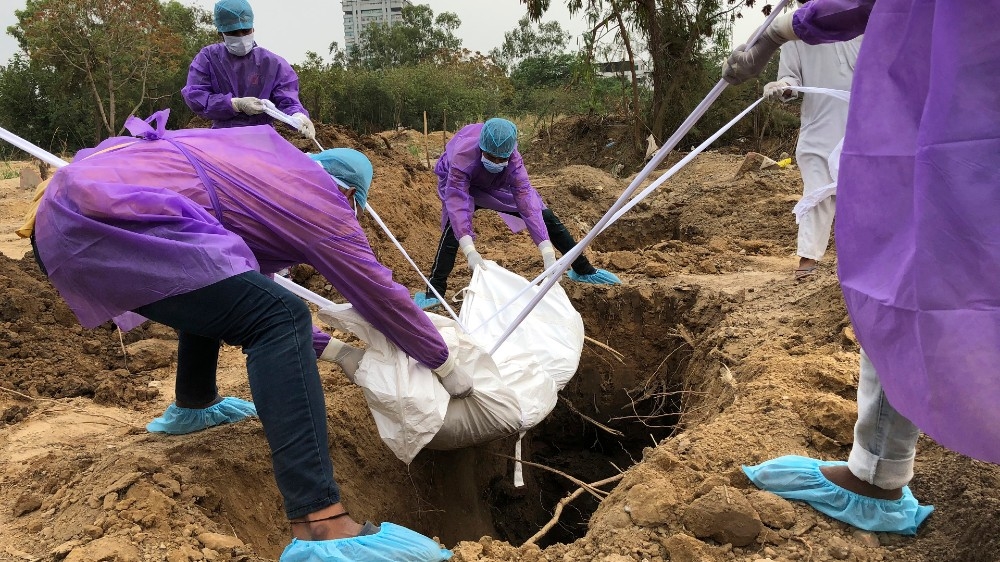 But that is just known cases. Like elsewhere in the world, the actual number of infections is thought to be far higher for a number of reasons including limited testing.

New Delhi’s health centres are under immense strain and the state government’s deputy chief minister, Manish Sisodia, projected a worst-case scenario in which the number of infections in the capital – already at nearly 35,000 – could reach 550,000 by the end of July.

Meanwhile, cemeteries and crematoriums in the city say the actual number of deaths could be higher.

Hospital morgues are beyond capacity, and with summer temperatures reaching 40 degrees Celsius (104 degrees Farenheit) some bodies are being kept on thick ice slabs.

“In the beginning, I used to carry only one body. Now, helpers at the morgue will stack as many bodies as they can fit in my van,” said Bhijendra Dhigya, who drives a hearse from one New Delhi hospital to the crematorium.

Like elsewhere in the world, the novel coronavirus has made honouring the dead in New Delhi a hurried affair, largely devoid of the rituals that give it meaning for mourners. 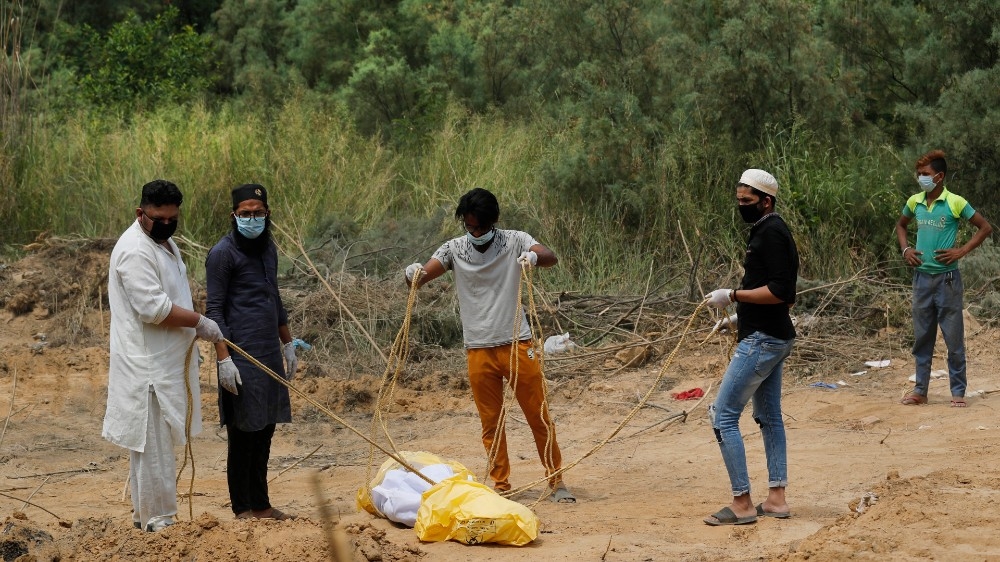 When Raj Singh’s 70-year-old mother died from the coronavirus in India’s capital, he took comfort in the prospect of a proper cremation, the funeral rite that Hindus believe releases the soul from the cycle of rebirth.

But instead of chanting sacred Vedic hymns and sprinkling holy water from the Ganges River, all Singh could do was place his mother’s wrapped corpse on a wooden pyre and, along with a handful of relatives, watch it burn.

“I never thought I would watch my mother go like this,” he said.

The virus has upended Muslim burial rituals in the city as well.

Islamic burials normally involve a simple ceremony. Before a body is laid to rest, it is washed. Those attending the funeral are allowed to have a look at the face of the dead and a prayer is performed, followed by a sermon from a religious leader. Then close family members help place the body in a grave.

Now bodies arrive at New Delhi’s largest Muslim cemetery in hearses manned by crews in hazmat suits. Bodies are not washed and mourners cannot view them. There are no sermons.

The cemetery has already seen more than 200 burials of COVID-19 victims and with bodies steadily arriving, the grounds are filling fast.

“The whole grieving process has been interrupted,” said Pappu, who goes by only one name and lights the funeral pyres at Nigambodh Ghat, New Delhi’s biggest crematorium.