TOUBA, Senegal (Reuters) – Protestors in Dakar set tyres on fire and threw stones at security forces on Wednesday night during protests over a nationwide dusk-to-dawn curfew imposed almost three months ago because of the coronavirus pandemic. 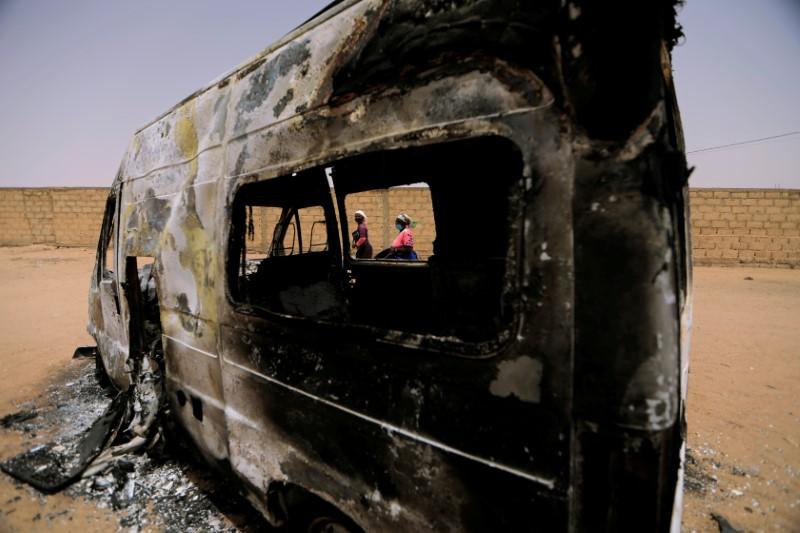 The unrest in Senegal’s capital followed similar action in the holy city of Touba a night earlier, where crowds of people torched an ambulance, threw rocks and looted office buildings.

“Youths took to the streets after the curfew and tangled with police officers, throwing stones and burning tires,” a resident in central Dakar, who requested anonymity citing security concerns, told Reuters.

There were also protests in the Kaolack region in the south of the country, a local official said.

Senegal’s government has not faced major opposition to its handling of the pandemic but the economy has been hard hit by measures like the overnight curfew and a ban on inter-regional travel.

Senegal has confirmed almost 4,000 cases of COVID-19, including 45 deaths. Dakar and Touba, which is both a trading hub and major pilgrimage destination, have been hardest hit.

The growing unrest in Dakar and Touba highlights a dilemma for many countries in Sub-Saharan Africa, where measures to protect citizens’ health are also damaging the livelihoods of millions who work in the informal sector, stirring up tensions.

Unable to shuttle passengers between Touba and Dakar, taxi driver Same Diop has started begging in the street alongside dozens of other drivers struggling to support their families.

The main boulevards in Touba, which is home to headquarters of a powerful Sufi Muslim brotherhood, whose founder is buried at a shrine there, were littered with charred tyres and broken branches on Wednesday in the wake of the overnight protest.

“This frightened us,” said district administrator Mansour Diallo, standing by the burned-out vehicle. “It is certainly the consequences of the state of emergency and the lockdown.”