JERUSALEM (Reuters) – A coronavirus scare in an Israeli mall erupted into a political spat on Sunday, with Prime Minister Benjamin Netanyahu and his main challenger accusing each other of rumour-mongering in a bid to sway votes a day before a national election. 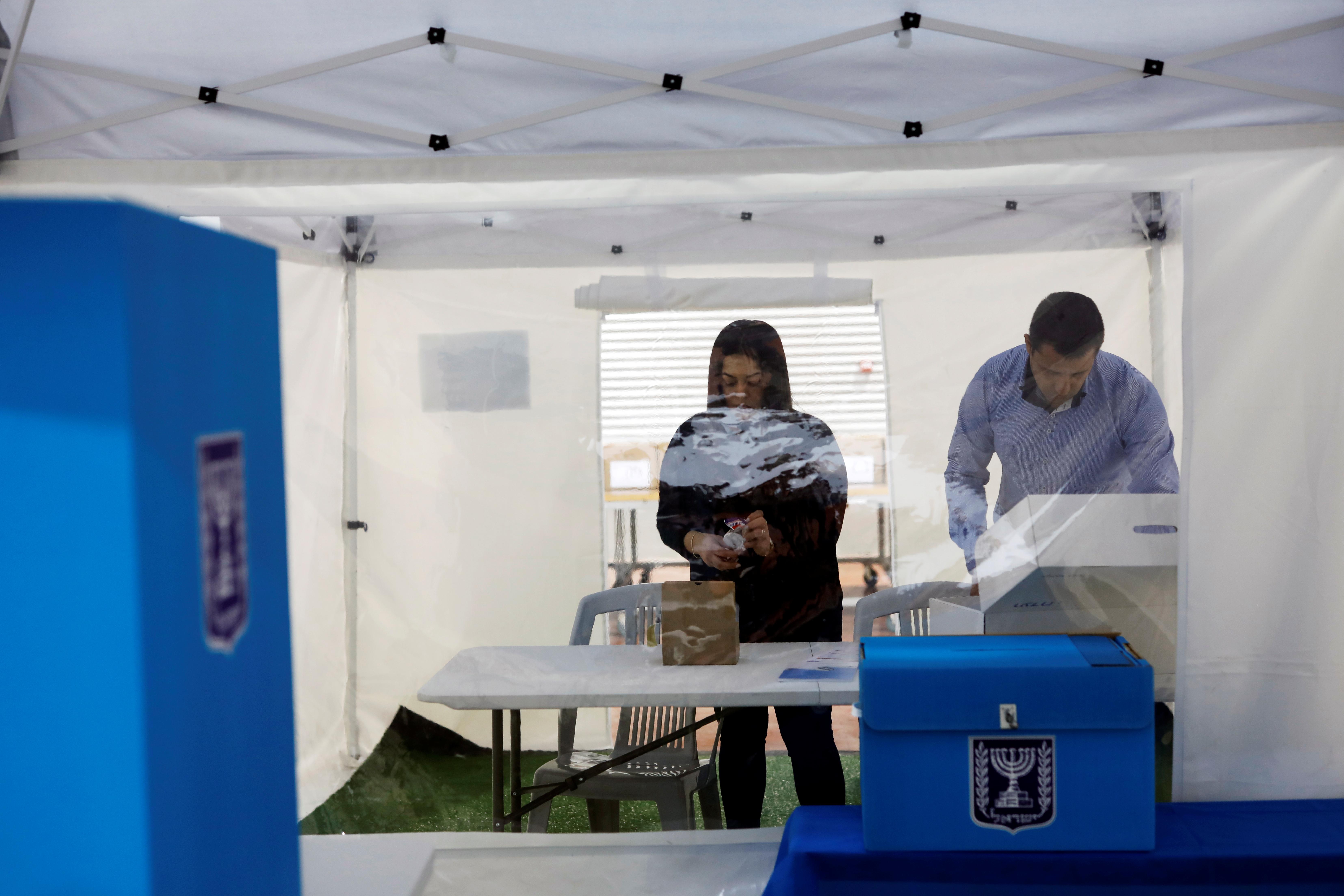 Witnesses said shoppers rushed out of the upper stories of the mall in Givatayim, a city abutting Tel Aviv, after a man came to a medical clinic there complaining of ill health.

“People were in the grip of major hysteria and they really cleared me out of the mall. They decided to evacuate the upper floors of the mall and said there was a coronova victim,” a witness, Hila Materni, told the Ynet news site.

The Health Ministry said the man, who had returned to Israel from the United States via Italy, was undergoing testing. The mall could continue with business as usual, the ministry said.

Benny Gantz, a centrist ex-general and the right-wing Netanyahu’s main challenger in Monday’s election, visited the mall and accused “propagandists” from the ruling Likud party of seeking to play up the coronavirus scare online.

“Givatayim is a stronghold of Blue and White,” Gantz said, referring to his own party. “(Netanyahu) plans to disrupt election day, to disseminate fake news anywhere that is identified with Blue and White in order to keep you home.”

Netanyahu responded by retweeting a Likud post that described Gantz as “talking nonsense”. Internal Security Minister Gilad Erdan of Likud said the premier had ordered Israel’s security services last week to “do their utmost” to prevent coronavirus rumour-mongering around the election.

“Here’s another example of Benny Gantz himself spreading fake news,” Erdan told Israel’s Army Radio, accusing the challenger of “looking for excuses” for a poor campaign.

Israel has reported seven coronavirus cases, and moved to head off contagions by turning back visitors from some affected countries and advising its own citizens not to travel abroad.

A poll aired on the N12 TV news on Saturday found that 7% of Israeli voters were considering staying at home on Monday due to coronavirus worries. The Central Elections Committee has set up special polling booths for the hundreds of voters quarantined on suspicion of a coronavirus infection.