The corpses are believed to be those of people who have recently died from Covid-19. India is in the grip of a second wave of the deadly virus, which is sweeping through the country and claiming thousands of lives each day. Hospitals have been overwhelmed with sick patients and crematoriums have struggled to keep up with the number of dead.

Authorities believe families of the deceased may have dumped the corpses in the river, after failing to secure an official cremation for their loved ones.

A local resident told the ANI news agency that he had been painting when he suddenly became aware of stray dogs gnawing and feeding on some half-burnt bodies washed up on the river bank.

He called the scenes that he had witnessed the “death of humanity” and demanded that local authorities do something about it. 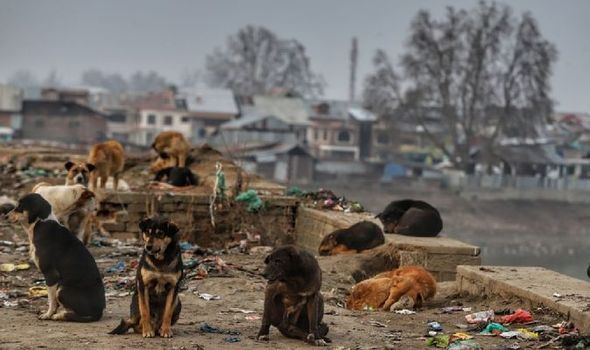 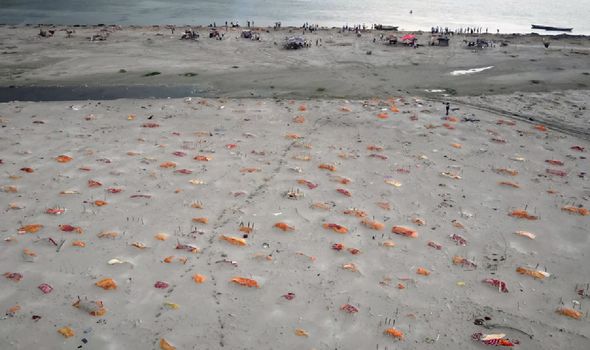 Residents are fearful that the dead bodies may contaminate water supplies and spread more disease among the community.

Municipality president Ramesh Semwal said that he had assigned a person at the nearby Hindu temple Kedar Ghat to cremate the body remains.

He said: “During the last few days, the number of deaths has increased in our area. 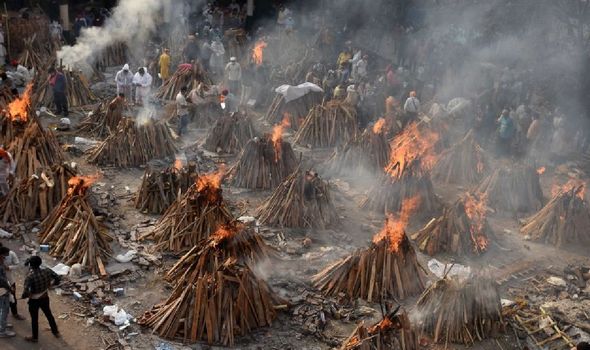 “I also came to know that bodies are not burnt properly so I have directed the administration to arrange at Kedar Ghat for the cremation of half-burnt bodies.”

India has recorded over 26 million cases of Covid-19, making it second only to the US.

The current outbreak has been driven by a more contagious variant of the killer virus, which caused case numbers to explode in May. 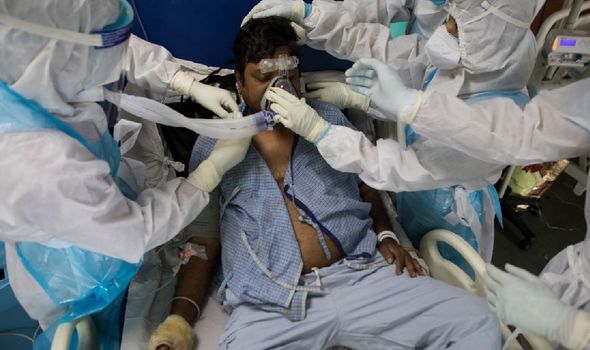 In recent days, though, there have been tentative signs that the worst may be over.

Experts believe that the second wave is starting to wane at a national level.

However, several states have yet to see infection rates and deaths peak and continue to struggle.